December was pretty interesting for MOTU fans.  We here at IAT are still dealing with the Demo-Man fallout, since we haven’t even received notice that our payment has been processed.  But things seem to be getting back on track with our shipment of Battleground Evil-Lyn.
Read More
I spent most of last week (my week "off" from doing reviews) updating the checklists at MOTUClassics.Com, DCClassics.com, etc. Wouldn't you know that as soon as I was caught up, Mattel jumped right in and started filling up my to-do list! Mattel has posted two new MOTU bios on Facebook: Clawful & the Faceless One.
Read More

That's right, you get not one, but two MOTU Classics Reviews today! Club Eternia subscribers received two figures this month. The Club Exclusive Wun-Dar and the regular April figure, Evil Lyn. If you weren’t a subscriber, you had six minutes to duke it out with the WSOD for this figure. I was online trying to pick up the Weapons Pak and couldn't get to the site until after Lyn was gone. Yep, Lyn sold out in the same timeframe as Moss Man with the WSOD working hard to slow us down. It sure ain't easy trying to buy MOTU figures.
Read More 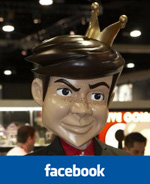 Last week, many fans were anxiously awaiting the opening of G88's MOTU Art Show on Friday night due to a tip from Matty that one of two SDCC Exclusive figures would be revealed there. Unfortunately, Matty informed us on Friday morning that a complication had arisen and that SDCC reveal would not be possible. Luckily, Mattel was able to recover and did not disappoint - unless you're one of those folks that takes the term "Classics" literally when it comes to MOTU Classics! We at IAT see the entire line and all past incarnations as one giant MOTUverse and we're not afraid to say we were excitedly exchanging texts and phone calls as the images rolled in. Let's just say Matty gave us more than a few goodies to make up for the missing SDCC figure. 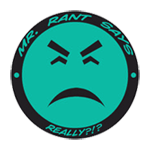 Originally, my plan had been to take off until next week, but I've been drawn back early by the news from Mattel yesterday. For those who are unaware, many collectors have been having problems with their Goddess figures. I have. In fact, all the ones that came to IAT last week were affected. The problem is the neck peg is incredibly loose in it's socket. Basically, if you hold the figure by the head, you can shake her body like a rattle. Or, if you prefer, she's a bobblehead.

Now, this is annoying on a toy that costs over twenty dollars. And when people began to complain, Mattel responded with this:

Read More
Yesterday on Facebook, Matty brought us up to speed on DCUC Wave 11
Read More