The sculpt of the figure below the neck is great. The layers and the texture throughout really sell the look and help him fit with the 5/6ths of the Avengers Hasbro has sought to release. The boots and gloves are crisp and technical while the cloth of the costume is detailed from neck to boot. And there’s boot treads on the bottom of his feet! That’s always fun. For more depth, the belt is a separate piece too. It does annoy me that it moves around a bit, but I’ll take the trade off. And, yes, the head does get in on the action with some nice detail -the wings and “A” are raised parts of the sculpt instead being relegated to paint details. 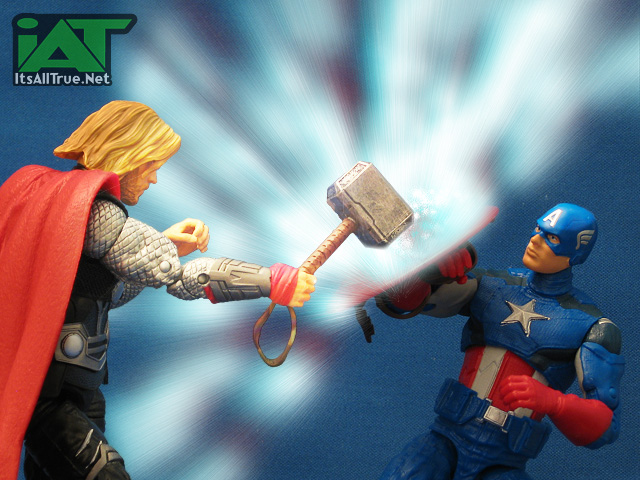 The articulation present is very nice. There are two-piece ball-joints at the neck, shoulders, hips, and ankles, swivels in the biceps, forearms, and thighs, double-hinges in the elbows and knees, and the ab crunch. The ab crunch has some great range and the ankles make posing him a ton of fun, but I’d still like to see waist joints in all my figures and some type of joints in the wrists would’ve come in handy here too. Basically, he can get into some fantastic poses, but he’ll still trip you up on occasion, particularly with the one-piece gloves. 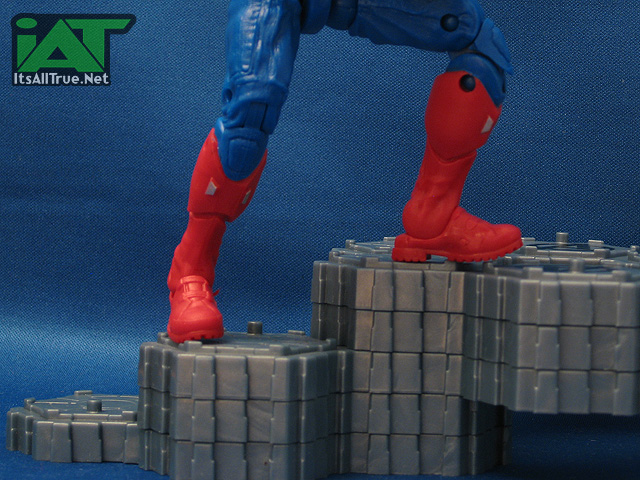 Paint is probably the only area where Cap does falter a bit, particularly on the face and silver painted areas. Cap should’ve been the first figure I purchased once I decided to buy. Both him and Iron Man are double packed and finding them as leftovers to the one-per-case figures was pretty common the last few months. The problem I had was finding one with nice symbols and a sharp line on the cowl. Ultimately, I opted for a Cap that’s not quite as nice as I would like. Initially, I had hoped I could scour the edges and clean up the cowl line a bit, but his head is molded red. Doh. 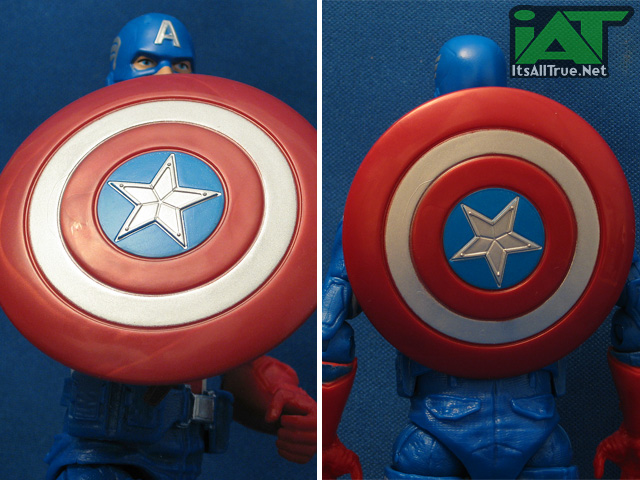 In addition to the groovy “heroscape” base, Cap includes his trusty shield. This is a new sculpt to match the movie details and it’s a good fit for him, but I wish it’d been done a little differently. I applaud the concept here, the use of actual “straps” so that he could wear it across his back is cool. I had a little trouble getting the connections through the first time, but it worked find once I had a method in place. The downside though is that getting him to hold the shield requires a bit of weird “rope” tying skills so that it can hang from his arm firmly without having the straps run everywhere. 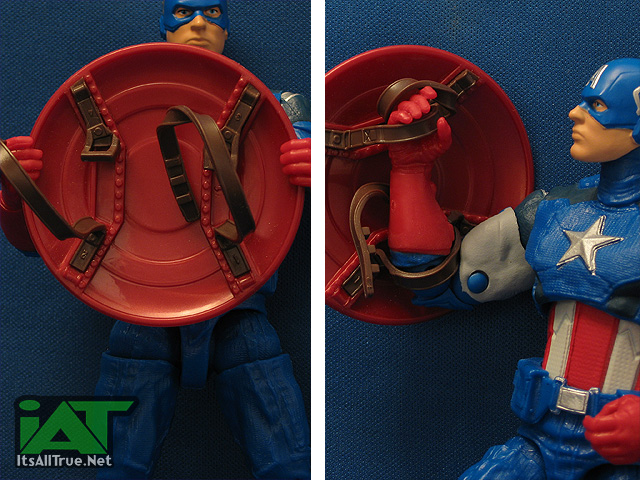 Overall, Cap is a solid figure. I would like to have seen a nicer head sculpt, possibly even an unmasked one for how he appears throughout most of the film though. The all-new body sculpt are articulation help overcome the shortcomings of the head sculpt though. If you watch out for the paint when you’re picking him up, then I think you’re bound to end up with a figure you’ll enjoy, particularly if you can gather up the whole set now that these are showing up more prominently at new Walmarts. 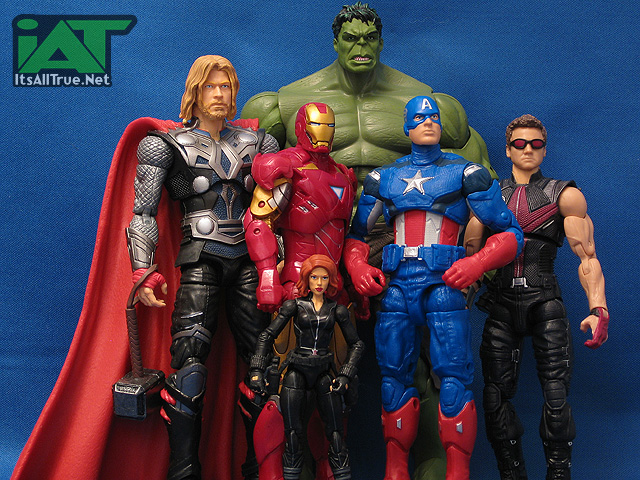 And since they’re showing up more at new Walmarts, since they’re getting designated space in more stores gives me some hope that this isn’t the end, but it seems unlikely. We know everything so far in advance, that even these new pegs don’t seem like they’ll fill with any new figures besides the running changes now showing up (which does included a more darkly colored Cap). As I’ve said before, Hasbro not doing Black Widow here is a colossal mistake. It’s unfathomable that we’re still at a point where toy companies still get the one woman on the roster. I know they had to hit a number for the case assortment, but one less Iron Man surely wouldn’t have hurt (not that they could’ve know that when they decided it) But my disbelief doesn’t end with Widow. I want an unmasked Steve. I want Mark VII Iron Man. Maria Hill. Updated Nick Fury. Agent Coulson! C’mon!

It’s not all bleak though. I’m not opposed to sneaking those guys into Marvel Legends as Toy Biz once did. And there is, of course, a bright future for the Avengers on film and that will undoubtedly lead to more figures too. Hopefully we can get a Black Widow by Avengers 4. Hopefully.

For more Marvel Reviews, check out our Review Index.