I’ve wanted to do some Avengers reviews, but there’s been one big problem. Finding them. I’ve been to Walmarts hours from here and have very little to show for it. I did manage to snag a leftover Thor on one run, but his photo shoot didn’t exactly go as planned. Snap.

Now, I’ve only seen Avengers twice, but I’m going to look into the future and tell you that I’ll be watching it like a million times when it finally comes to cable. I know this because that’s what I do for movies that I really, really like. 2009’s Star Trek is a good example. I only saw that in the theatre once, I own the DVD, and yet I watched it on FX twice just this weekend. Sure, like Avengers, there are one or two changes I’d like to make as an “armchair quarterback”, but I’m going to shoot for some hyperbole here and say that I find both those movies pretty much flawless. I can watch the new Trek over and over again and still be grief-stricken by the first ten minutes and ready to jump out of my chair for the last ten. 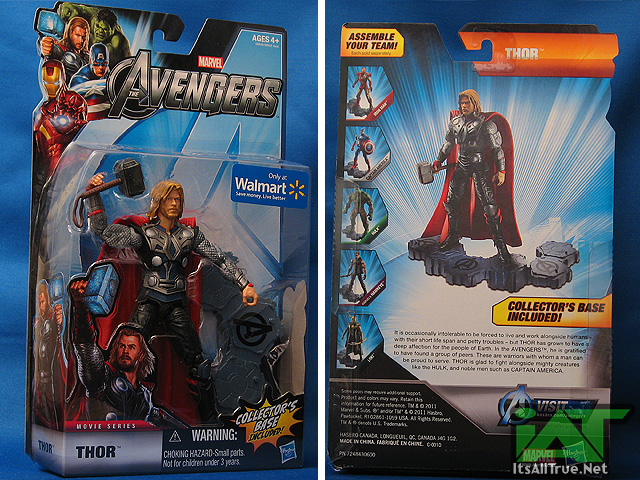 I have little doubt that Avengers will be the same. Heck, I already watch Iron Man whenever I catch it on and I guarantee I’ll be doing the same for all the Marvel movies that led up to Avengers in the coming years. It’s fantastic work. The artistic chaps and businessmen came together to make an excellent product and, as they should, they’ve all been able to cash in. Now, filmmaking still does their strategic accounting – “if we expect to make “x” profits, then we can invest “y” dollars”, but it’s nice to see the paradigm of quality paving the way to profit actually working now and again. Kinda makes you wish a big domestic toy company would try it. 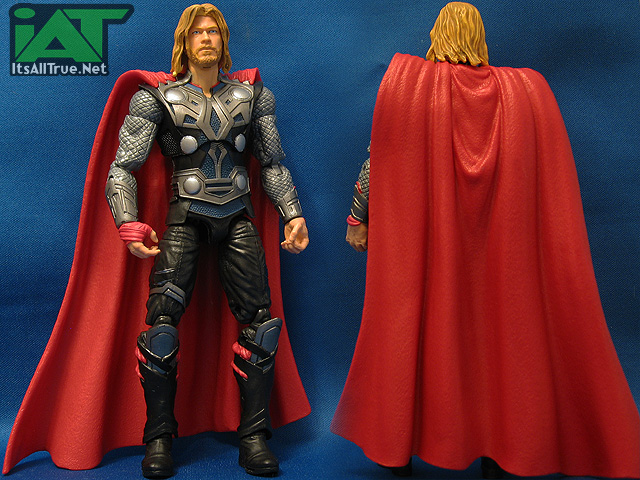 That’s not to say there aren’t some quality toys out there. We are getting some really nice figures lately. MOTU figures are likely at their pinnacle. We’ve got sprawling DC & Marvel 6” collections. G.I. Joe & Transformers are forging ahead, but have amassed some fantastic anniversary product honoring the toys of our youth. There are some amazing high-end pieces being made. And plenty of smaller companies producing some of the best toys out there. Things are good. But wouldn’t it be cooler if the Avengers figures were as good figures as the movie was a movie?

Hasbro has to do the accounting – if they only think they can sell “x” units, they can only invest “y” dollars, but I’m just not as thrilled with this first batch of Avengers figures as I was with the movie. I think Hasbro could’ve done a little more (at the very least, I’m still hoping they will). 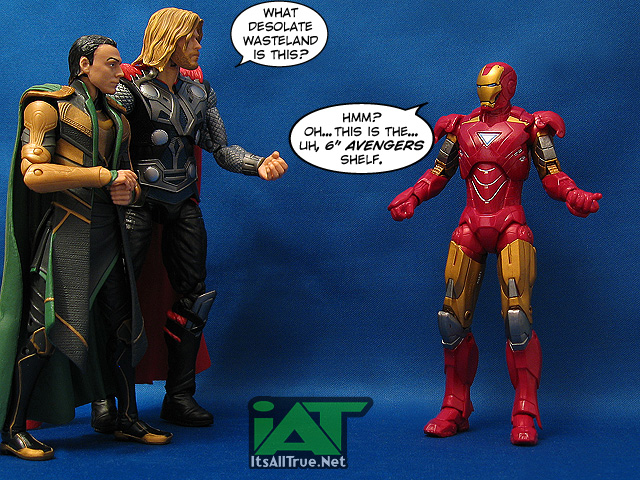 The first hurdle is more the fault of Wal-Mart than Hasbro, of course. The entire assortment is a Wal-Mart exclusive. Now, that shouldn’t be a problem – I’m 45 minutes from Walmart HQ. There are a dozen Walmarts within a half hour of my house. It jumps to nearly three dozen if I expand that into an hour. But here’s the thing, I’ve been to nearly two dozen of them in the past three weeks. And only three, two of them being that full hour away (and the third isn’t all that close), have pegs for these figures. That slays me. I imagine that’s something many of us are dealing with – and that’s just those of us fortunate enough to live where there are easily accessible Walmarts. 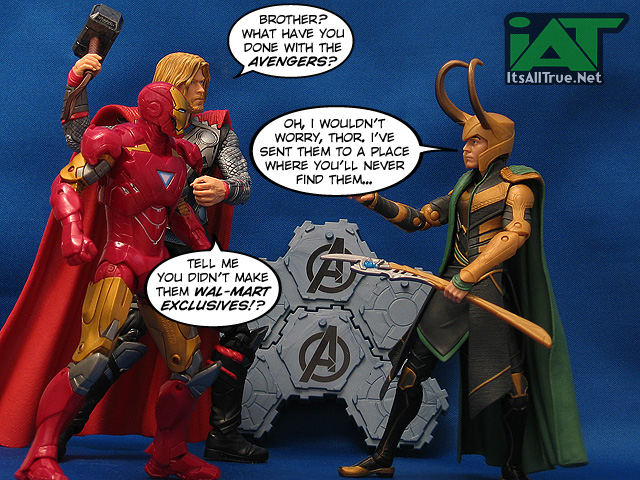 But after I’ve find them, or find a couple of them rather, I’ve been a bit disappointed. I’m still anxious to find Hulk & Hawkeye, so I’m not knocking this line as a whole yet, but I haven’t been able to pick up a Cap due to bad paint and I skipped the cheesy battle-damage Iron Man (opting to snag an IM2 figure that was still hanging out at TRU). Of the two I picked up, I was really impressed with Loki, but he is decidedly out of scale – someone at Hasbro must not have known or cared that Tom Hiddleston is 6’ 2”. He’s a great figure, but he’s an inch too short. 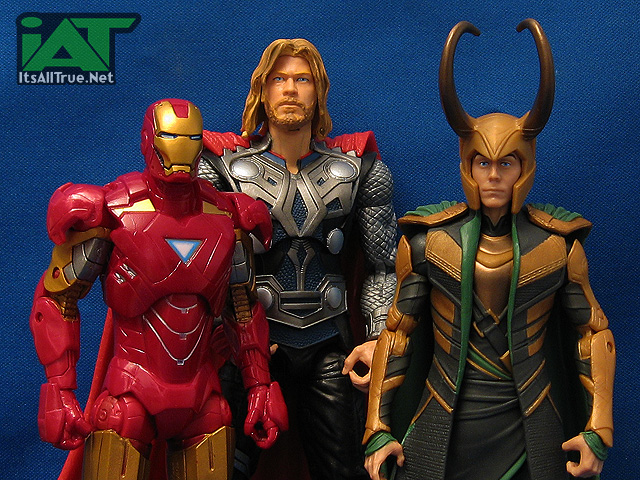 This brings me to Thor. I was happy to pick up Thor. He’s the same figure as was released last year, but with a new and much improved head sculpt. As Loki is a little too small, Thor is probably a little too big, but my biggest problem with this figure was when his leg broke off during the photo shoot. Were you thinking this review started off a little melancholy? Well, now you know why… Continue to Page 2…