Only one Wal-Mart within an hour carried 6″ Avengers figures. It was about half-an-hour away and I’d be lying if I said I didn’t waste a bit of gas hitting up that Walmart repeatedly. Sadly, only two of my Avengers figures even came from there. Toy hunting is such a blast…

I don’t know how many times I’ve been that to Walmart in the last few months. I don’t want to know. When the first case hit that WM, I was beaten by a scalper and got to watch how much they sold for on eBay. When the second hit, I was at least happy to never see any more go up on eBay from my favorite reseller. Anyway, I snagged a Cap from there and passed on the kinda-sorta-battle damaged Iron Man. Then, I waited as a third case slowly started to seem like it was never going to happen. 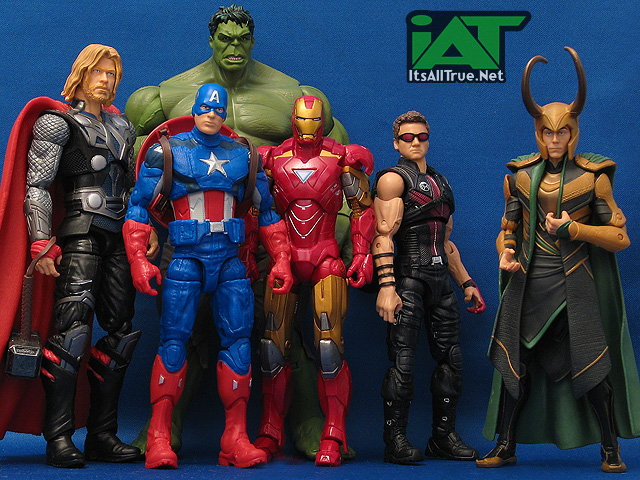 In the interim, I drove around a lot. I snagged Thor in the next state over. Vault scored me a Loki while he was coming home from a convention in St. Louis. I was making good progress, but then I hit a wall. I made a few out of town trips for work, but I had trouble even finding another Walmart that carried these guys. Hulk would eventually find his way into my collection while I down in Arkansas looking for him.

And you know what sucked? I was mad. My wife was quick to point out the absurdity of it. I had just found one of the two figures I’d been hunting for for weeks and I wasn’t the slightest bit happy. I bet some of you might even know exactly what I was annoyed about. 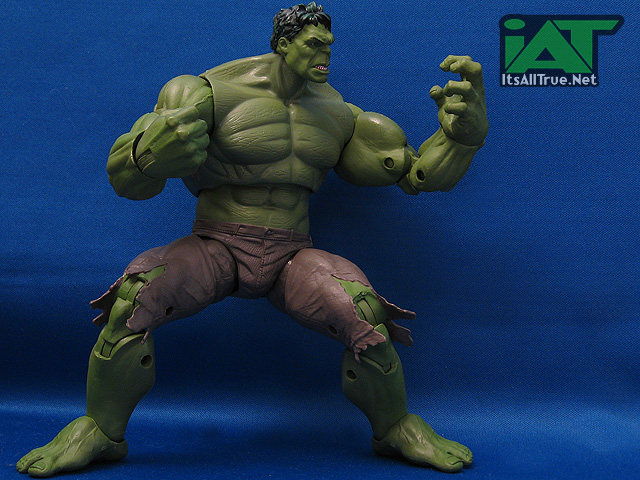 My wife, wonderful that she is, set me straight by calling attention to my ridiculousness. I’d eventually find Hawkeye (his review will be up later today), but that wasn’t the point. I’d searched in four states for Hulk. I wanted this Hulk. I’d found it! And I was being a chump that focuses on what I don’t have instead of what I do. I was that guy.

Luckily, it didn’t take long for Hulk to join in and sooth my rage. He started on me from inside the package. I knew he was big, but seeing him stuffed in the blister. His knees and hips bent into that old “He-Man” or wrestler pose – that was awesome. I think I tweeted a picture of it because it was so awesome. 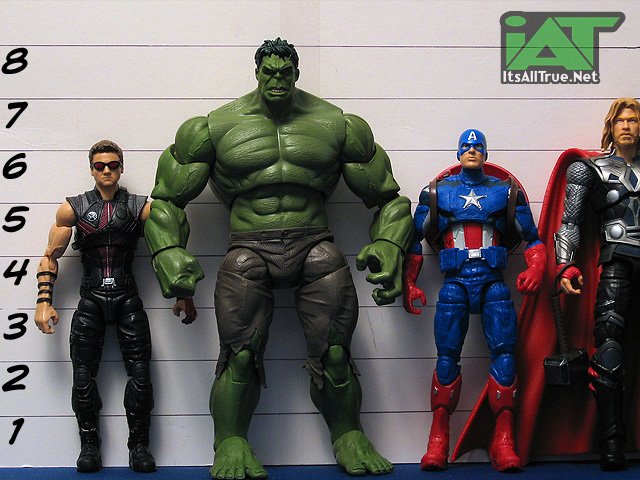 Then I freed him from his packaging and I was sold. In leaner times, I’d had to purge most of my MLs and I always regretted not keeping a Hulk (either the First Appearance in green or non-screaming Face-Off I think, and adorned in that torn white lab coat from the old WM exclusive… I might go hunt for that lab coat now that I think about it). This is my new Hulk for the foreseeable future.

Despite his massiveness, I’ve seen some folks think he’s not in scale with the group. I don’t know about that. I think he’s just about perfect in terms of scale. I’m always down for a massive Hulk (that Avengers Marvel Select one was mighty tempting), but I think this Hulk, clocking in at roughly 2” taller than the group, works great for me. Continue to Page 2…