One of the problems I keep running into lately is that I keep buying bigger & bigger toys. Toys too big for my “studio”, toys too big for just 6-8 pictures, toys that probably should get multiple reviews. I tend to put them aside when I’m choosing what to review, but not today!

I’ve had more money to… we’ll call it spending… spend on my collection this year. We scrimped & saved a lot for our house and that success put some best practices in place that have seen me buying some more expensive toys in 2013. One addiction that has been murder on my wallet is Third Party Combiners.

When I was a kid, Transformers Combiners were some of the coolest Transformers. One of the few Christmases I still remember vividly was the year my parents picked up both Defensor & Bruticus for me. My family would always get up way too early to open presents – this was usually instigated by my brother and I – and then after we exchanged gifts, has Christmas Breakfast, take lots of pictures, etc., we’d all go back to bed. The year my parents spoiled me with Defensor & Bruticus (well, technically they only got me one, it was Santa who went and doubled me up) was the first year I stayed up all morning. I played with those guys for hours. I still remember the look of surprise on my Dad’s face when he & mom got back up later in the morning and I was still plugging away. Those were awesome toys. 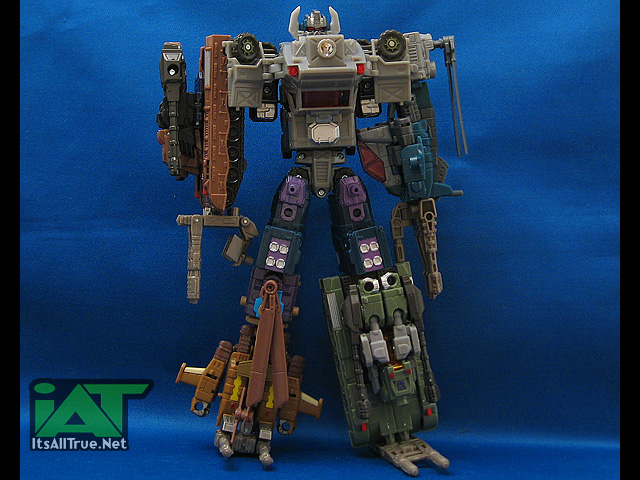 I lost all my Combiners in The Great Flood™; only a few parts remain – Hot Spot & First Aid, Brawl, Nosecone, and none of the parts. I’ve never gone back to pick up any vintage versions or reissues. I always kinda want to, but in most cases I’d rather have modern takes. Updates like so many other great toys from my youth have received. And while Hasbro & Takara did bring Bruticus back to market this last year, it just wasn’t the same. I teased the idea of buying it now and again. I did bring home a Swindle, but had to return him because bad QC prevented him from transforming. 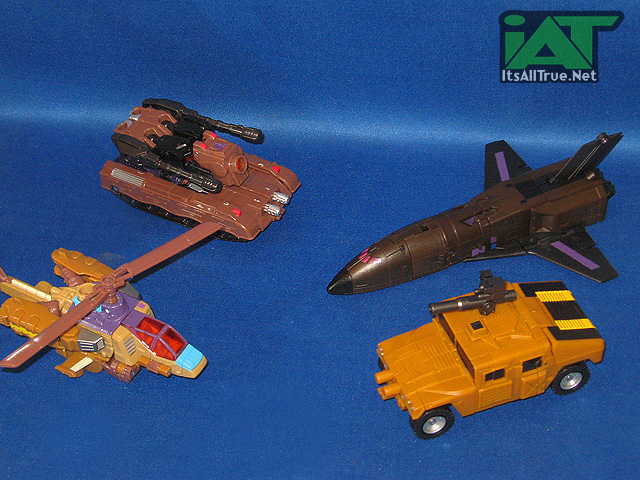 Similarly, I had hesitated to pick up the third party FP Colossus mostly due to the price. Now Colossus isn’t like Giant, Hercules, or some of the other 3P Combiners you might have seen. He’s an add-on kit to an already existing Hasbro toy. Until recently, that made him difficult to pick up. The Energon Bruticus Maximus was a bit pricey. The Fansproject Add-On Kit was particularly pricey. That changed earlier this year thanks to both Takara & Fansproject reissuing everything you need to make an FP Colossus – and maybe even better than before, with everything in colors more true to the G1 Bruticus. 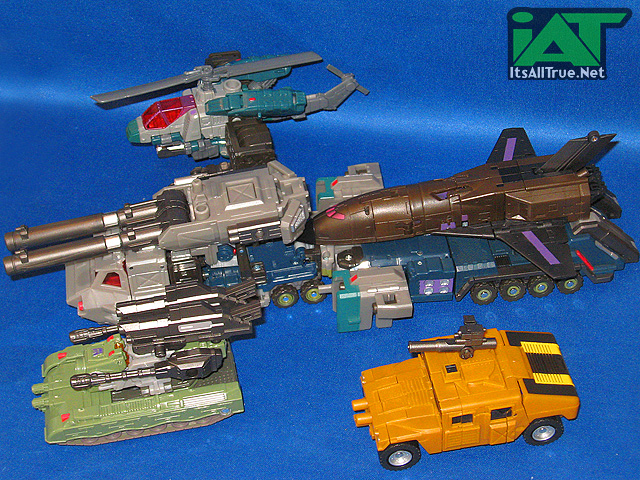 I paid $130 or so for Takara’s Transformers United Bruticus. When it arrived, I had some of the worst purchase guilt ever. This toy, a repaint of the Energon Bruticus Maximus, is just not that great a toy. The biggest problem is that the limbs are repaints of each other: two tanks & two helicopters. Now, I will tip my hat to the designers. The beancounters at the time would only spring for so many new molds and the folks behind the line wanted to make all three Energon combiners. Making the limbs repaints got them a whole extra toy. That’s smart. (I also have to give FansProject props – the instruction booklet gives an in-universe explanation for the clone limbs and how Colossus came about. That was a fun read). 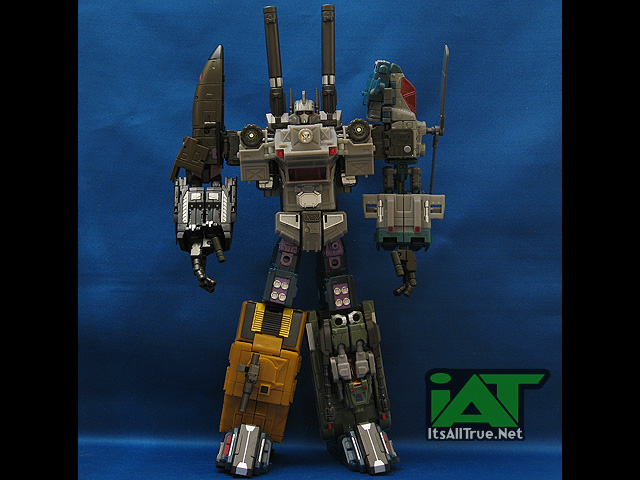 But the toy still has issues. Some are just my opinion – I don’t like the design for the Bruticus head, but others are just bad design choices like the strange pieces that make up the hands and feet, they don’t work well or look good. The individual toys themselves are kinda fun to transform, each of the three molds have some character, but if I wanted a good update to Bruticus on my shelves and this is all there was, I’d be mighty disappointed. Heck, Bruticus Maximus did get a domestic release years and years ago and I barely even noticed. The toy just needed some work. Continue to Page 2…