I’ve said this before, but G.I. Joe was easily the biggest toyline from my childhood. I had my fair share of Transformers and MOTU. I treasured my comic-based figures and loved plenty of smaller lines too, but I had a ton of G.I. Joe toys. It was so different from today.

Looking over my shoulder at my collection, I guess I still have a lot of Joes. I bet my wife would say so. I guess my feeling more Joe-less of late is just because there’s so little product that I find worth buying. I know we’re in the middle of this weird Retaliation-slash-nothing period and that’s probably a large part of it, but it just seems that my Joe collection is being assembled exceptionally slowly right now, one Club or SDCC exclusive at a time. 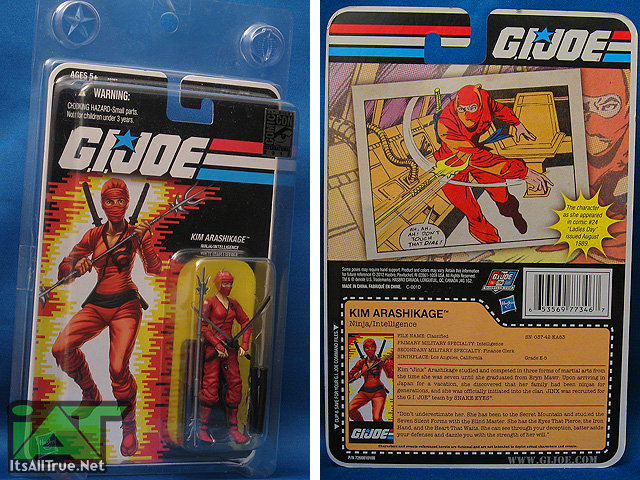 I don’t want to sound like I’m only in this for the nostalgic figures. I’ve actually come to like the figures that have been modernized quite a bit and new characters like Shadow Tracker have been great too. But there is just something seemingly better about classic, spot-on updates like Lifeline, Footloose, Sci-Fi, Crazylegs, etc. While I’d be excited for Hasbro to wow me with a great new look or an all-new character, I still have to admit that I love these “classics”. 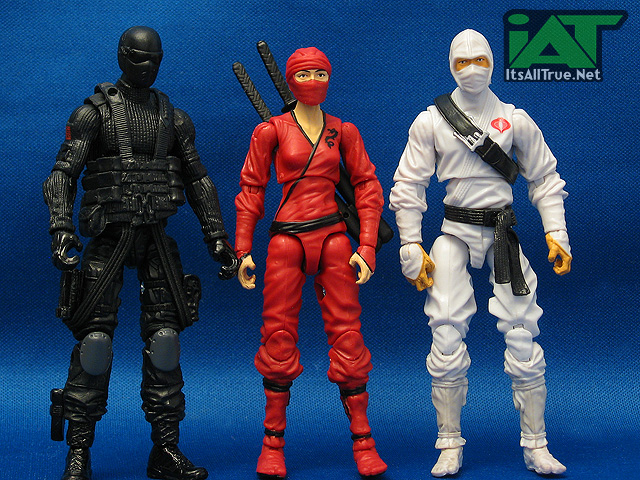 So, when Hasbro announced Jinx as the SDCC exclusive… I was annoyed. I really wanted Jinx, but I really had no expectation of getting her. In years past, I failed to get both Slaughter (still a hole in my collection) and Zarana (Vault just snagged me one at a con a few weeks ago, the price was okay). I was so sure Jinx was a lost, or expensive, cause that I just kinda let her go.

Luckily, I had a friend who offered to grab some exclusives for me from SDCC.*

*- I’m not sure if he would want me to ‘out’ him, so I’ll keep his name to myself for now, but he knows he is and I know he’s reading – so thank you. I have never enjoyed a convention I didn’t attend so much. You removed the biggest annoyance for a middle-of-the-country collector and I’m very grateful. Thank you. 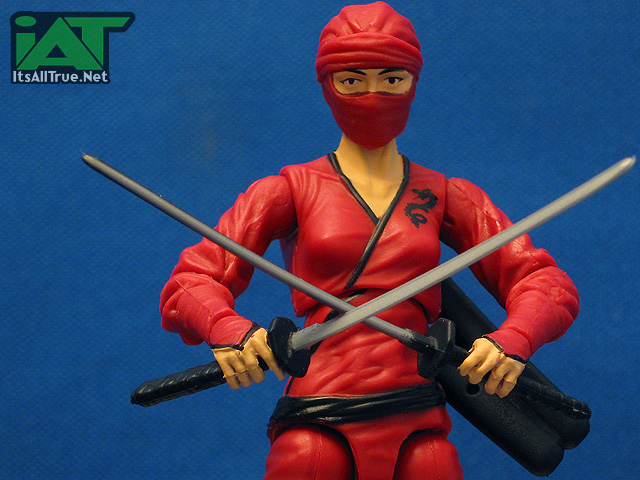 I think out of all the SDCC exclusives this year, Jinx is my favorite. Obviously, the opener should let everybody know that these Classic Joes would be near and dear to me, but what really helps is when the execution is what I want it to be. I’ve got some love for figures like 25th Anniversary Mainframe or Doc, but those figures have some issues that I have to overlook.