MOTUClassics.Com: This might be a bit morbid, but any chance at He-Ro’s gravestone as an accessory? It’d look great clipped on to the Grayskull bases.

Maybe, but we’d need to find the right figure to release that with. No plans right now.

MOTUClassics.Com: Any update on the loose ankles in the MOTUC line?

We are always working with engineering and our vendors to improve this!

DCClassics.Com: In 2009, it was rumored that Wildcat was to have another variant. It’s been over a year can you tell us what was planned?

This is just a rumor. There were only ever two versions – black and blue outfits.

Neither Moss Man nor Grizzlor are designed to be water toys, but Grizzlor will be durable.

DCClassics.Com: DC Characters that are traditionally a little bigger than the average superhero could make excellent use of the Public Enemies buck. Is that buck going to see reuse in the main line?

It is actually the same buck. The only new tooling was some hands and heads. 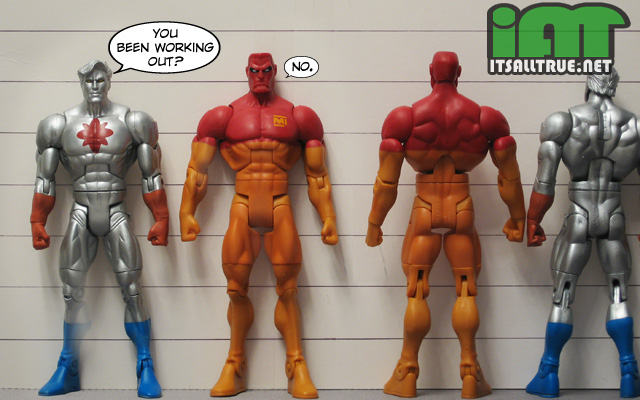