Last month, the IAT staff sat down and beat out our Jan 15th Mattel questions. We bounced around a few ideas and, like we always do, we got off track. This time talking about Masters of the Universe Classics and the future of the line. Vault had done a little spreadsheet work and came up with a rough estimate of how many figures Mattel would be putting into the line if they fulfilled their 2016 goal including monthlies, quarterly bonuses, convention exclusives, and subscription exclusives. Then he made a list of all the previously released MOTU toys and added in some likely non-Filmation candidates that didn’t get a toy but could be done now. Vault was surprised to find that the numbers turned out to be about the same.

This got us talking. Was Mattel working off a similar list to the one Vault created? Did they work in reverse, counting the characters and then the months to arrive at the rough 2016 estimate? We talked at length about if the line could last that long, if they could stretch out key characters long enough to keep interest, or if 2016 would be the year of the unknowns. But we came up with a new concern too. What about new characters?

We discussed and all agreed that we were interested in seeing some new ideas coming out of MOTU Classics. That became our leadoff question. We came up with a couple great new character ideas, but we had to face facts. It’d be a lot harder to come up with a new character, say, Infringor, and then ask Mattel to make it. That’s just not going to happen. No, any new character will have to spin out of Mattel or 4H Studios. So we changed up a bit and went for a mash-up of two old ideas: Battle Armor Faker. That’s something that we could create an excellent Photoshop of without creating any legal issues if Mattel chose to make it. Still, we threw out one idea – an Evil Horde counterpart to Extendar that would reuse some of the new pieces he will require and get more use out of his tooling. 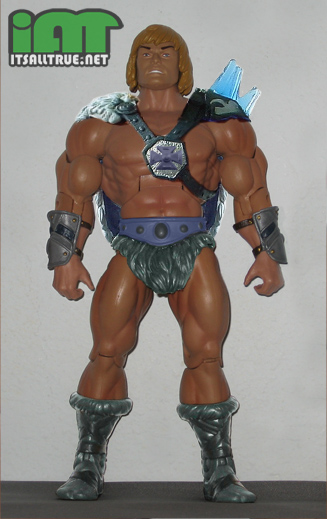 Response was, let’s say… mixed. Some fans were as excited at the possibility as we were. Others liked it, but were reserved about how it should be handled. But there were others that outright objected to it; claiming that “new” has no place in MOTU Classics. My co-contributor, Mr. Rant, let his feelings on the subject be known yesterday. I agree with him. While opinions are welcome, those fans that want to limit the line are, simply put, wrong.

The attacks on the request for new characters were the same excuses we’re hearing from people campaigning against the inclusion of POP, NA, and 200x. They’re neither novel nor varied. The first and most tired defense, that the line is called “Classics”, is immediately worthless upon submission. Mattel has made it clear, for those paying attention, that the title is about the style of the figures and has no impact on character selection. There can be a Classic Ice Armor He-Man even though that’s a 200x design. And let me tell you, if and when they do get to him, it’s going to be an awesome figure. The Classics title means nothing. If you’re using it as a defense, you’re sitting in the Alamo for close-minded MOTU fans.

Then, there’s the nostalgia angle. Honestly, I get this one. I do. I’m a Super Powers kid buying DC Classics. I love getting the updated characters. I love the nostalgia feeling they create. If I thought for a second that Extendar’s potential evil brother would rob me of Roboto or Snout Spout, I might say no too. But I’m not going to live in fear.

This is similar to DC Classics and the “Quest for Martian Manhunter!”®. From the looks of it, we won’t be getting that long-time member of the Justice League until around the 17th wave. He’s likely to be the 200th or so figure in that line. Let me say that again, two hundredth figure. He would have been in my first ten. But that’s how it goes in these toy lines. I don’t look at Shark, Killer Moth, or Commander Steel and get upset that I might not get Martian Manhunter. I have faith that they’ll get to him. I have the same faith for MOTU. They’ll get to these guys. If they don’t, you ask? Well, all these paranoid feelings of which characters aren’t going to get made can wait. They’ll be an eternity after the line ends to hash out who did and didn’t belong. 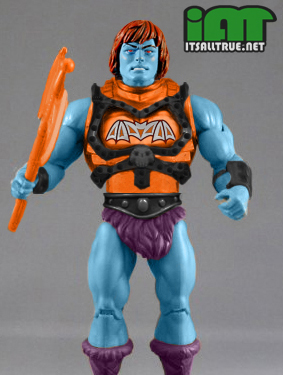 Finally, there’s the “well, I don’t want” attack. This one is a great one and, truthfully, it works for each of us on a personal level. But it doesn’t work overall. Suffice to say, I’m in agreement with Mr. Rant on this. No one fan’s vision of MOTU should be able to restrict it for others. I’m not interested in what figures you don’t want. There’s some I don’t want too, but somewhere someone has a list of likes and dislikes opposite of mine and we cancel each other out. Our opinions are negated.

I’m sure there are more reasons why not, but those are the big three and I consider the naysayers struck out. The MOTU line needs new characters and here are three reasons why.

First up, it helps make the line more profitable. If Mattel is looking at characters like Ram Man or Extendar and balking because they see one figure requiring a bunch of one-off parts, then lets tell them it’s okay to reuse some of those parts. We used Extendar as our example – suggesting he receive an Evil Horde counterpart. Our reason for this was simple – he was created by Hordak and it seems logical that Hordak would try again. Hordak tries again a lot, in fact. If they take the Extendar buck and follow the new chest armor, new head, new accessory paradigm to give us a new character – it will fit canon nicely, it will look great on your Horde shelf, and it gives Mattel a reason to extend the line past that 2016 cutoff.

My second reason is a simple one. To give the Four Horsemen a reward for all the hard work they do, to let them have a stamp on the franchise bigger than what they’re doing now. We’ve seen these gentlemen sculpt a few different versions of a lot of these characters. They have faithfully given us three different Evil Lyns, for example, and there’s likely more of her to come. But I want to see what they do when let loose. From reading about and talking to the Four Horsemen, I can guarantee you there are new character designs for MOTU floating around those studios. I say let the 4H have the reign to do them. As far as I’m concerned, no 4H fan should be against this idea. If you balked at our idea of an Evil Horde counterpart to Extendar when we first suggested it, you didn’t think about it. It would be a Four Horsemen Evil Horde counterpart to Extendar. They would ensure it was awesome and gruesome at the same time. 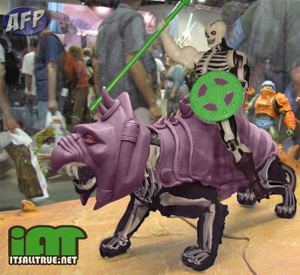 Third, that’s what the original line was all about. There’s a bunch of barbarians and sorcerers in a line with robots, aliens, alien robots, ninjas, monsters, and a cowboy! There’s a cowboy. Vintage MOTU was a line that could have anything in it. It was about coming up with a crazy figure and working it into the line. That’s why we loved it as kids. Sure, we might have objected to the man with a mechanical elephant head (I didn’t) or to that aforementioned cowboy (I didn’t), but we all surely had at least one of the out there ones as a favorite.

It makes me sad to think that that inclusiveness, so pivotal to the original line is so unwanted today. If you want MOTU Classics to only make your favorite old figures then you’re limiting it to be the greatest homage line. If you open it up to the other MOTU shows (which Mattel has done, that boat has sailed) and to a handful of new 4H-created characters then it can fulfill its own promise and be a great line overall.

I think that last one is where it gets me most. MOTU Classics, in my opinion, is the be-all of MOTU toys. I’m sure that are still innovations to come in the action figure aisle and future toys will do amazing things, but I’m going to get too old to be interested in Ultra Action Multi-Action Re-Action Figures or Holo-articulation. I’m confident enough to say that MOTUC will forever be the right balance between the original mythos and the way I want an action figure to be. It’s my desire is to see this toy line be as complete as possible. And I won’t consider it complete unless it has some of its own unique characters to showcase what the line can do. A figure that will always indelibly be a MOTU Classic. 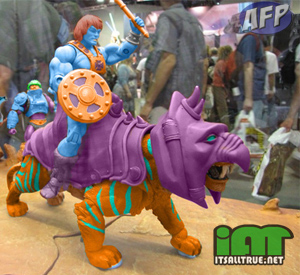 So let’s agree to try and make that happen. I’m positive Mattel will be more than happy to test out my theory, it’s good for them. I’d bet the 4H wouldn’t mind either. And it’s good for fans too – if we’ll let it be. So, let’s tell Mattel through our Q&A’s, reviews, and feedback that we’re interested in a little expansion. Don’t worry that Battle Armor Faker will knock off Dragon Blast Skeletor, because it won’t. They won’t purposefully make one figure and then not another. Still, I can’t tell you that the line will go on forever and I can’t tell you that you will absolutely get that obscure character you want, but I can tell you that we shouldn’t live in fear of which ones aren’t made. That can be debated ad nauseum once the line does end.

Ram Man is probably the most requested character that needs a lot of tooling. Let’s try and improve his timetable by letting Mattel know we’re willing to buy a new character made from those new pieces so they can double the value of the tooling. I promise you that, in the Four Horsemen’s hands, we can expect a lot more than a repaint of Ram Man with gold armor. Just look at our Steppenwolf review from Monday to see how different the 4H can make two figures using the same basic parts and a few new ones. I know that they can find a way to reuse those Ram Man pieces and create something most of us we’ll love.

54 thoughts on “Truetorial: Is There Room for
New Characters in MOTU Classics?”