The articulation is a little hit & miss. There are ball-joints at the neck, shoulders, elbows, wrists, mid-torso, hips, & inverted ankles; swivels at the thighs and double-hinged knees. Most of this works well, but the costume design gets in the way in a few key areas. The legs have all the articulation you’d want, but the tight, semi-rigid plastic skirt piece isn’t kind to the ball-jointed hips. The arms are missing that key bicep swivel and while a ball-jointed elbow can uselessly make up for that, it’s harder her because of the sleeves blocking their range. Finally, the shoulders are just a bit frustrating though I can’t put my finger on why. They tend to spring back out of poses. 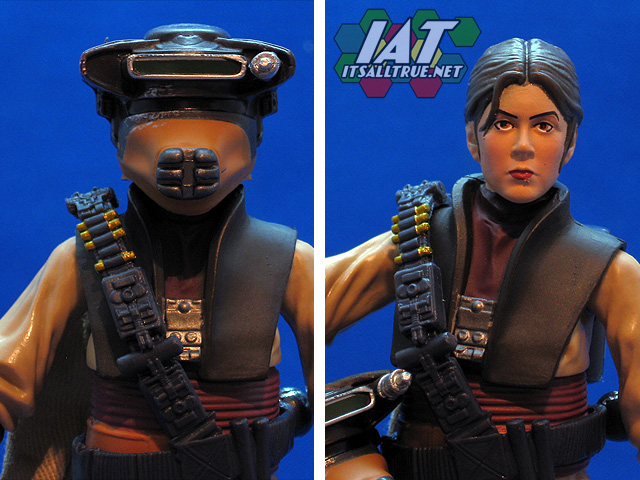 Boushh included her two trademark accessories, though I can’t tell you what the staff is – force pike? Electrostaff? I don’t know. It’s here and it’s fine. It’s not as gummy as I was worried about, but it is somewhat difficult for her to hold. Part of that is because the left hand is sculpted for the other accessory, the thermal detonator. I like that little ball enough, but I was worried I would lose it until I saw the peg on the belt for it! Thank you! Anyway, the staff can still be held in both hands as long as the right one is doing most of the work. The thing is though that Hasbro should’ve turned the wrist hinge sideways so she could hold the staff upright. That was a small oversight on their part. 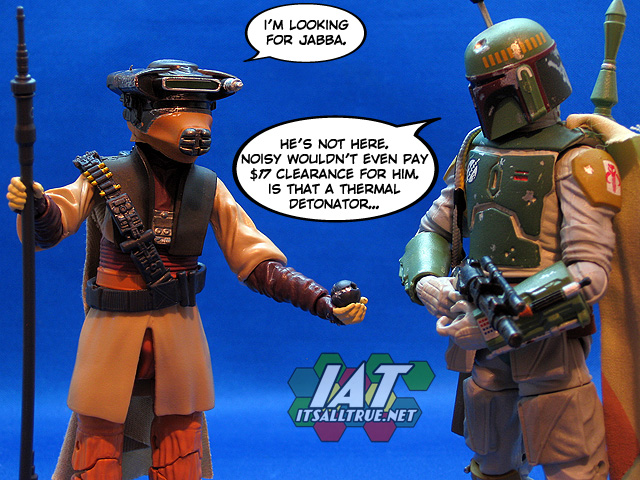 Overall, this is still a really nice entry into the line. The sculpts are still solid and the attention to detail is noticeable and appreciated. Boushh just needed a little bit more love. I wish they would add more paint to the figures in general; SWB still reminds me of the early Hasbro attempts at Marvel Legends. The accessories are great and the level of articulation is nice, but some accommodations for the costume and the staff would’ve been helped the figure be a ton more fun to play around with. Oh, and they totally messed up the height. If you wanted another Leia, that stinks. If you wanted Boushh to hang with your Bounty Bros though, it’s great. 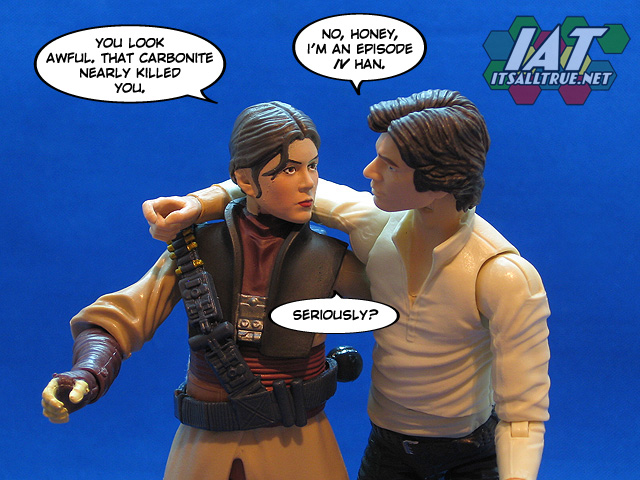