I was kinda putting this review off (I took the pictures over a week ago; hope I didn’t forget anything) because once I knock this guy out, Star Wars Black is done! Kaput! At least until Wave Two hits in a few months. Cue the “Awwwwww.”

Overall, the first five figures seem to have gone over really well. I’ve gotten a blast out of all the ones I picked up and Vault tells me the Boba Fett is pretty sweet (even though he won’t let me near it…). The funny thing looking over the first wave is that it still seems like anything but a first wave. On a tooling level, it does make sense – an Astromech, Sand(Storm)trooper gear, X-Wing Pilot Gear, Jedi Robes – if this line is going to be like the 6” lines we’ve come to love, I imagine we’ll be seeing a lot of these parts again. But the side effect was a really quirky and fun first wave. 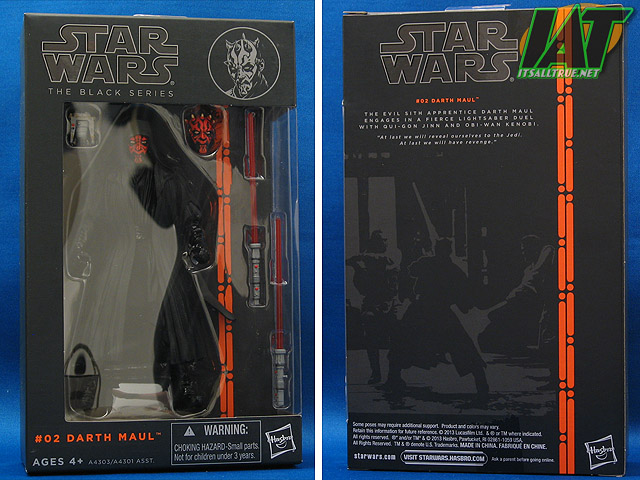 One thing that made the wave fun is that there’s not a stinker in the bunch. I hadn’t originally intended to pick up all four, but I’m always a sucker for a good action figure even if it’s not a property or character, I’m familiar with). In Wave One, R2 was originally my only surefire pick-up, but I ended up with Luke despite my not really having a need for X-Wing Pilots. I have two Sandtroopers even though they’re not quite as iconic as the Stormtrooper.

And I have Darth Maul. I wouldn’t have guessed that. 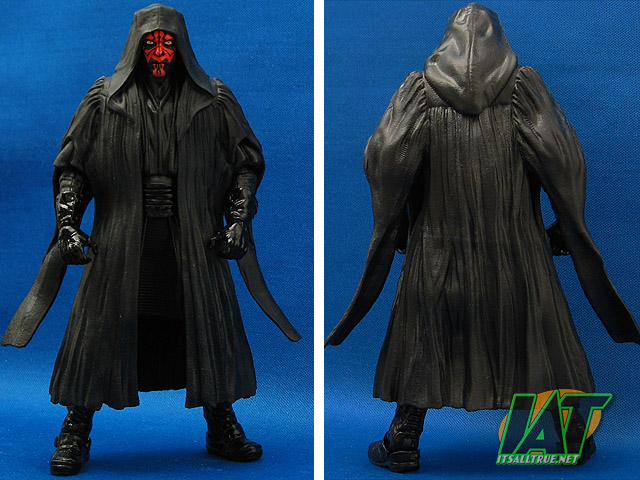 It’s funny because I enjoy all six Star Wars movies. It kinda comes with the territory of finding things to enjoy rather than hate – maybe it’s all that jargon about not giving into hate that’s actually in the Star Wars movie, but I digress. And Darth Maul is admittedly a pretty cool part, one of the coolest parts probably, in The Phantom Menace. (Along with Qui-Gon Jinn. Though it didn’t work out too well for them, did it?).

But I still never bought a Darth Maul in 4” scale. I’m not sure why – the horns, the tattoos, the striking red face amid that see of black robes. He’s visually stunning, but he never made it into my collection – and I was there at TRU the night Episode I toys hit (though I was working and trying not to give any of the people grabbing at the cases a box knife cut while I opened ‘em up). 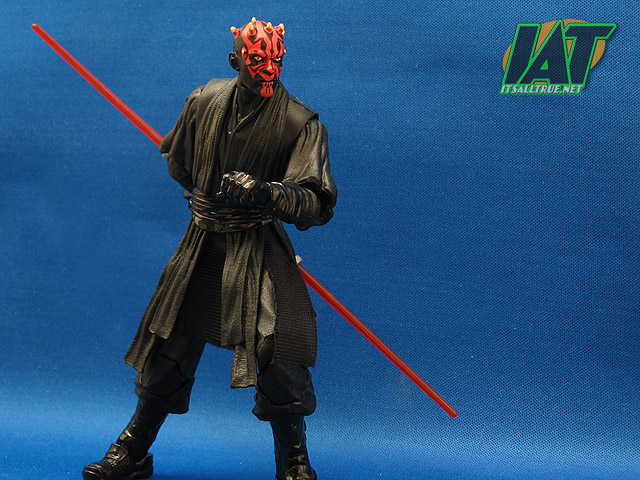 Like the other figures in this first wave the sculpting is top notch. The robes are well done and well detailed for Maul’s first foray into this larger size. The layering is done smartly as to not obstruct the articulation. I’m always a little iffy when it comes to using that cheap nylon-type cloth for capes and robes on toys, but it works here for Maul just fine, particularly when coupled between the soft plastic layers. 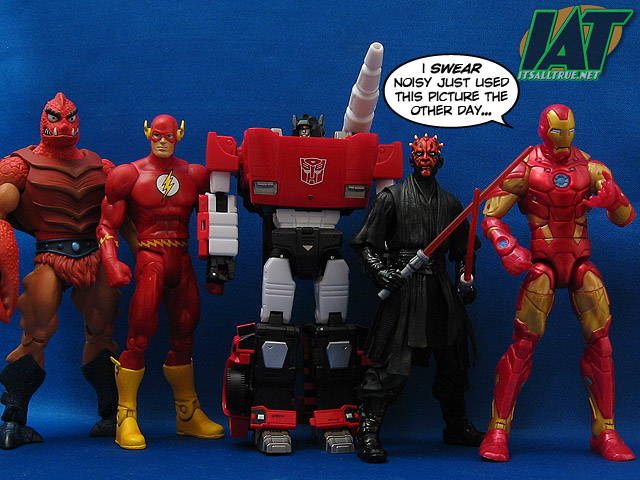 The great thing about Maul’s robes though is the option Hasbro gave us on them. They could’ve stiffed us (like most toy companies normally would do) and decreed that a hooded Maul & regular Maul be two separate releases. Instead, they stepped up to make the 6” Black version a little more iconic by giving us both his signature looks. When you get the hooded Maul out of the package, first check out how well sculpted the hood is with the implied horns, and then simply pop the outer robes and head off the figure and add the included unadorned head. It is essentially like having a second figure. Some uber-Maul fan no doubt bought two of these just to have him represented both ways. Continue to Page 2…