“This bounty hunter is my kind of scum. Fearless and inventive.” – Jabba the Hutt to Princess Leia (disguised as Boushh). “Star Wars Episode VI: Return of the Jedi” (1983)

I’m gonna be a weird on this one. I don’t care that this figure is Princess Leia. I treat Boushh like he’s my seventh Bounty Hunter. It’s a cool reveal in the movie and I’m not sure how many of my fellow fans really care about whoever Boushh was, if we was a real dude, etc. I always did and it turns out he is real, well, or he used to be – is EU from before the OT gone as well? Well, whatever. Here’s the real reason this is Boushh and not so much Leia in disguise for me. This figure is a whole head taller. I didn’t open and can’t find Slave Leia to give you a proper pic, but you could basically remove this Leia’s head and the neck peg is basically equal in height to the previous figure. How sad. 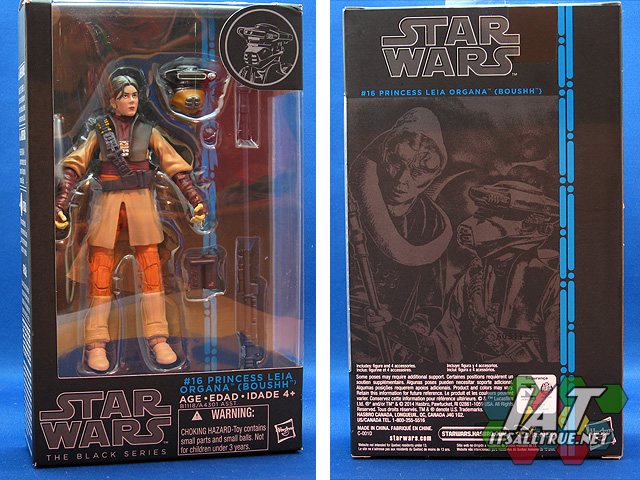 I mean, if you’re collecting Leia’s – you’ve been screwed twice by the Black Series. Slave Leia is a decent enough figure with bad paint bringing it down. And now Boushh is a giant. Thanks, Hasbro! For me, this is a win though, because that helmet is staying on. He’s hanging out with his BH crowd. All I have to remember is to spell his name right. It’s one s and two h’s. Boushh. If I misspell it before the end of the review, forgive me. 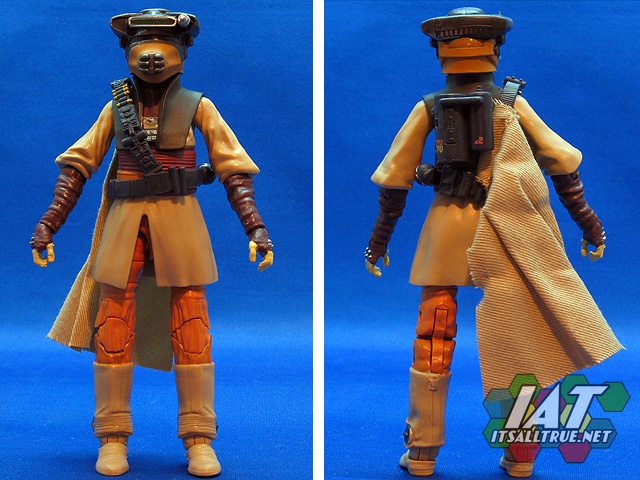 Like most of SWB, the sculpt is pretty well spot on. The technical bits are best – the helmet (it’s a tad big, but good), the collar, and the belt/bandolier are impressive. The tanks on her back are removable and finish off the costume. The clothing parts of the figure are decent sculpts too, but lack the fine detail of the non-organic areas. More paint would probably help take care of that, but I’ll get to that in a second. 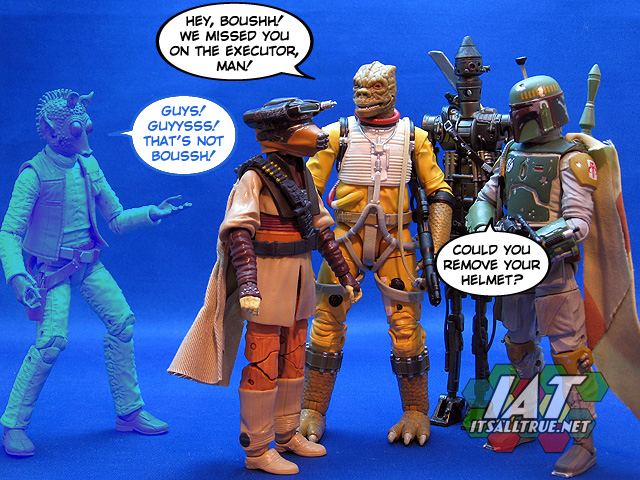 Underneath the helmet is an… okay head sculpt? It’s not quite as Carrie Fisher as the Slave Leia one was, but it’s painted a ton better! The dangling hair actually manages to look good and the figure looks sharp unmasked. But this is Boushh, so let’s just put that helmet right back up on top. There is the cloth little half cape too. I’m getting over my anti-softs goods feelings lately, so I don’t mind it. It is attached the belt, so I could get rid of it if I wanted to. It’s crammed up pretty well in the package, so it looks rough here since I haven’t messed with it. Yep, still don’t like soft goods on 6” figures! 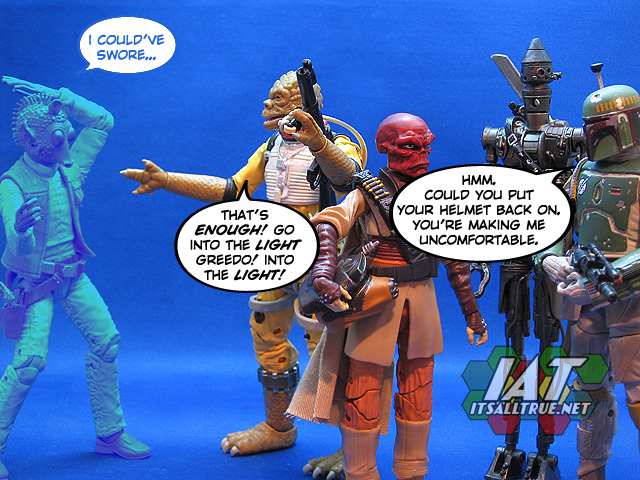 On the paint side, the helmet is probably the best part of the figure. It’s almost overpainted compared to everything else! It’s got different finishes to highlight different parts, weathering, and plenty of detail. Below the neck, we get some attentive areas like the spikes on the gloves, the tampos on the back canisters, and some other bits here and there, but the costume would’ve really benefitted from some more weathering to match the great helmet. This is true of the entire line at this point though. The Leia head underneath is also painted quite well. I wish I could mash the two Leia heads together. I bet we’d get one great one. Continue to Page 2…