I’m still having some camera issues, so my apologies for a couple of the pics not being quite up to standard, but I’m out of time and I’m going to run with them. During Top Ten Week, I snagged the second wave of Star Wars Black Series from BBTS. I’m still conflicted on Star Wars Black as a whole. I enjoy Star Wars, but not to the extent that I need every Tom, Dick, & Greedo adorning my shelves.

I want to see this line thrive. I love this scale and I want to see just how far Hasbro can take Star Wars at this scale (and maybe G.I. Joe someday… just sayin’), but I am going to have to draw line. The problem is that I’ve already crisscrossed it so many times with the first eight figures! Take Han Solo as an example. I definitely don’t need multiple Solos. Heck, it even doesn’t make sense if you think about it. Multiple Solos. 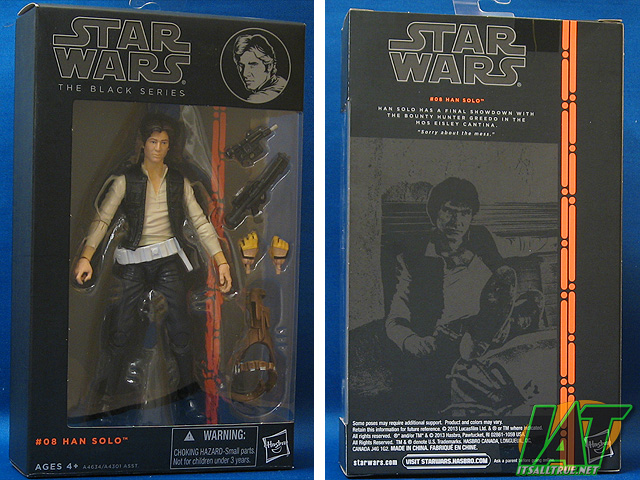 But which version of Han Solo I would need? This first one is certainly a good choice. Han as we first meet him (well, maybe before we meet him, but hold that thought). I think though, that I’m partial, strangely, to a Bespin Han Solo with the full jacket. But is that something this line will even do? I think that’s the rub with The Black Series. We know roughly a dozen of the figures so far. We don’t know the extent that the line can sprawl. We don’t know how deep into character versions can go (or how deep the collectors want it to; it seems 6” collectors might prefer more characters to more versions). 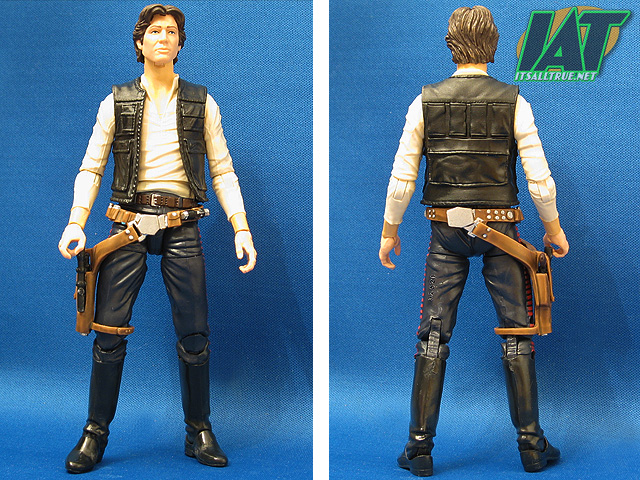 So for now, this is my Han Solo if I want one in six-inch. Fair enough. Luckily, it’s a character with a few flaws, but is overall another solid outing in what’s turning into a great twelfth-scale line.

From the neck down, the figure has an excellent sculpt. This is New Hope Han Solo and it more or less screams it from every fold, seam, and sculpted stitch. I’ve said it multiple times, but Hasbro has really learned from their time with Marvel Legends. It’s made Star Wars Black a line that is knocking figures out of the park right out of the gate. Aesthetically, this is an iconic figure, no doubt. 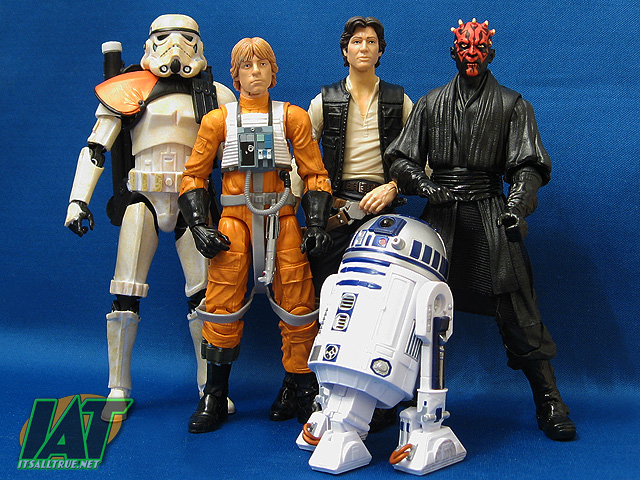 Now, it’s not quite perfect and that’s mostly above the shoulders. The neck is just a tad too tall and that’s going to bother different collectors to varying degrees. It bothers me quite a bit, but I think it’s largely because everything else is down so well – it’s like missing a touchdown by inches or arriving just a few minutes too late. I take stock in all they got right, but they’re so close to getting it all right, that I’m getting hung up. 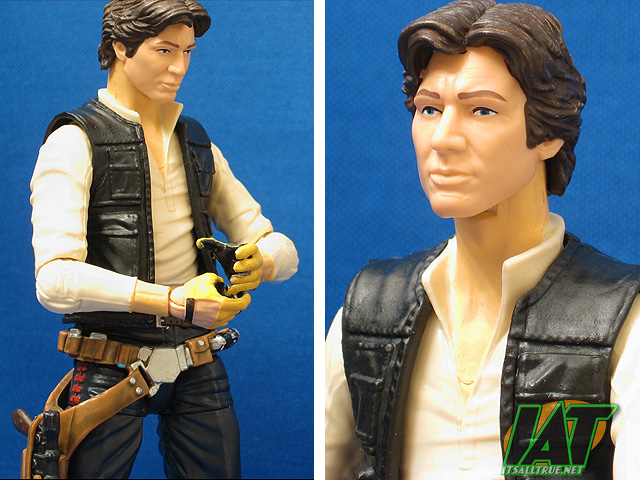 The head sculpt itself is similarly close, but while I have to nitpick the neck as an unfortunate mistake, I can’t really say much about the head sculpt. Harrison Ford is just… nearly impossible. Even my Hot Toys Indiana Jones – Hot Toys – wasn’t quite able to get the likeness. It’s just tough. I’m kinda curious to see if Han Solo returns to the silver screen in new films, and gets a figure, if Gentle Giant can scan Harrison Ford and just nail it, or if even that technology still can’t quite pin him down. Continue to Page 2…