This review was originally published on November 25th, 2013.

When you start collecting a new line, the parameters aren’t always set. Are you getting just your favorites or just the figures that are honest-to-god well-made? Or are you so happy with the property or product that you’re willing to double down? To get everything until they make an expensive to obtain SDCC exclusive? (hmm…).

I don’t know if most collectors are like me, or if I’m just weird, but I love checklists. Heck, I love lists in general. So when Star Wars Black was announced, I made a quick list of figures I would want.

Greedo wasn’t on it. 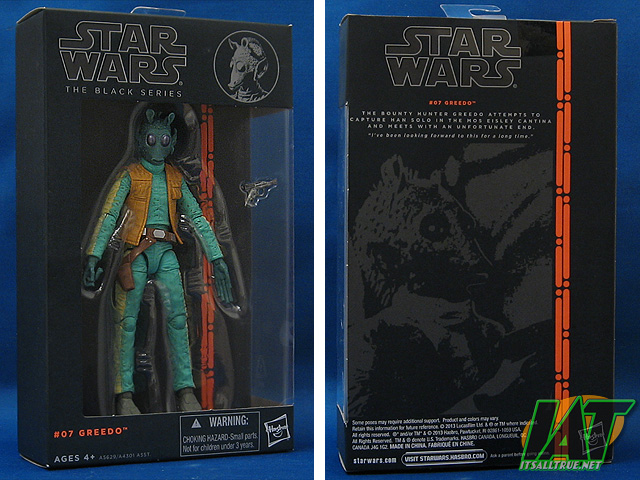 When I made my list, it was about twenty names and I’ve already bought several figures not on that list, but Greedo still stands out from the crowd a bit. Han & R2 were on my list of course. I didn’t envision Luke in his X-Wing Gear as my first choice, but it’s still buying a Luke. The Sandtrooper is in the same boat. Maul & Fett are kind of a big deal. And then there’s Greedo. 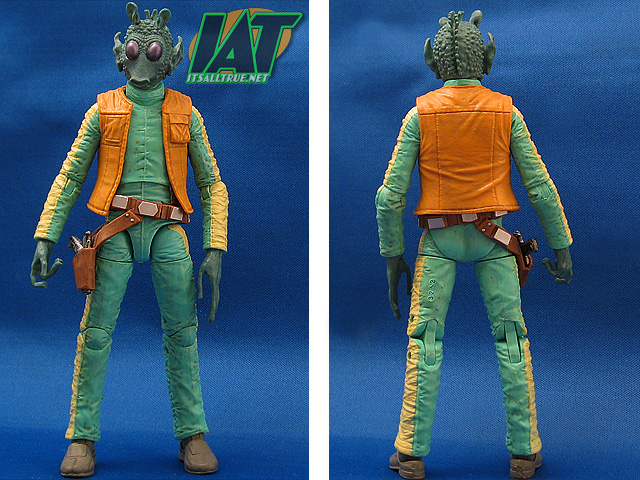 He shows up for a few minutes, says a few lines, and then more infamously than anything, shoots first or second (whatever) and dies. That’s it. That’s Greedo. He’s generously grouped into the “Bounty Hunter” subset from ESB, but other than that, he’s a bit player. And figures like Greedo are going to be how Hasbro ensnares 6” toy collectors. 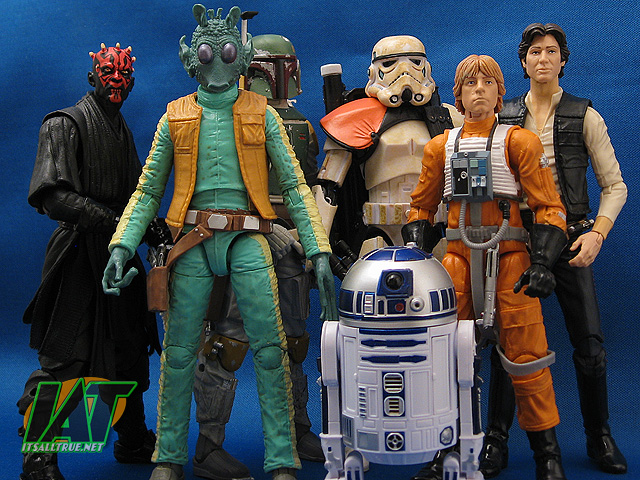 There are plenty of Star Wars fans who will likely but this line, but there is also a subset of collectors who buy in this scale. Marvel Legends catered to them. DC Universe Classics kept them busy when ML faced uncertain times. And, I could be wrong, but I think a good chunk of us will be migrating towards SWB nowadays. As I said above, some buys are givens. Han Solo. Darth Vader. But how is Hasbro going to move Greedo in that regard? They do the worst thing imaginable: They give him a kickass figure. 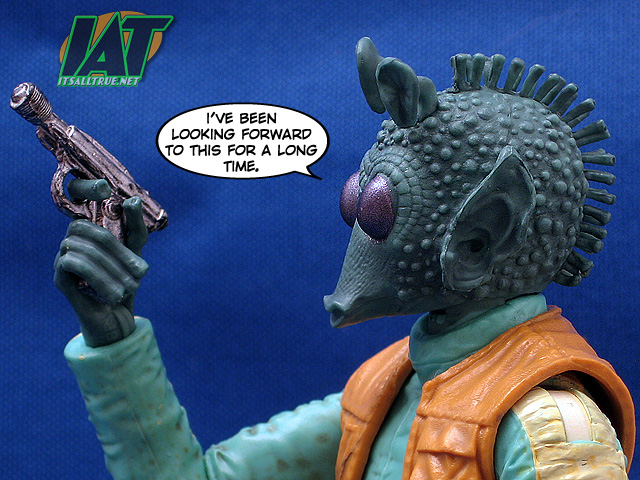 It could just be Han’s neck or Boba’s blocked hips, and that I haven’t opened Leia yet, but Greedo is basically soaking up all my enthusiasm for this wave. I would’ve never guessed that ever. I have to point out, as I usually do, I’m often a toy collector first, and licensing lover second. A bad character getting a fantastic figure is much better than a great character getting a subpar figure in my eyes. I’ll often buy both, but the latter tends to chafe over time.

So, I partially don’t care that this is Greedo. I admit it. But what I do have is a kickass alien figure in the bestest scale ever. This is how I know Star Wars Black is going to get me into trouble. Continue to Page 2…