There isn’t a lot to say about Golden Pharaoh’s origin. In fact… 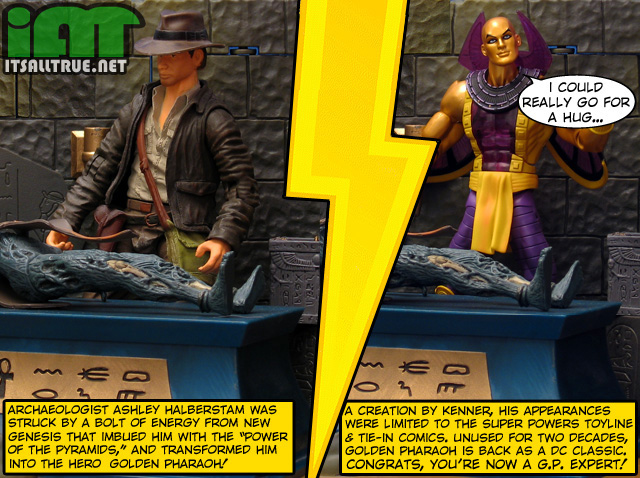 There you go. Consider yourself the foremost expert on Golden Pharaoh! He’s basically being included in DC Classics solely as part of its homage to the Super Powers line. If you’d told any DC fan – even a year ago – that Golden Pharaoh would get a second figure, they’d have laughed you out of the room. We weren’t even sure Mattel could make this guy since he was a Kenner (now part of Hasbro) creation. But he turned out to be a DC character proper and DC Comics okayed his inclusion – much to the chagrin of old and young fans alike, but much to the joy of the fans who loved the Super Powers toy, me among them.

Even if you’re not a fan of Pharaoh being in the line, you can’t deny what a good job the Four Horsemen did on his figure. He features a ton of new pieces that not only replicate his SP costume, but also add a ton of detail to it, far more than we see on the usual figures in the line. 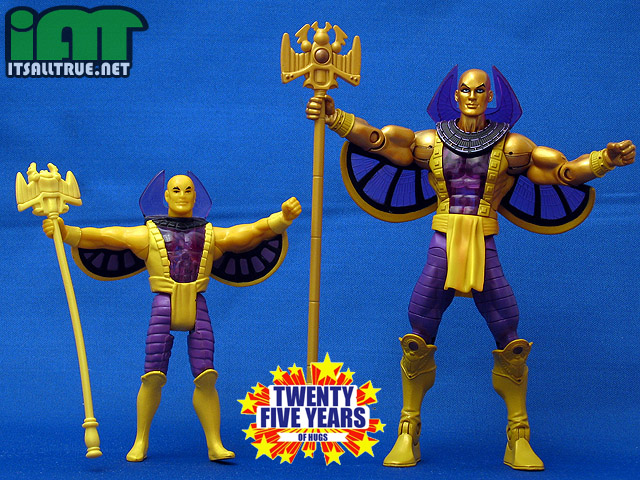 For example, Pharaoh’s boots are new so they match the older figure, but they now sport a neat winged scarab design. This happens all over the figure – the bracelets, the torso, a new pattern in the wings on his arms, the necklace, and the collar. All of these areas were plain on the simple, but lovable, Super Powers figure, but have been masterfully updated by the Four Horsemen. I was excited by the idea of Golden Pharaoh, but the figure’s sculpt blew me away.

Pharaoh’s still in his original color scheme with a few tweaks. I wasn’t originally hot on the golden skin tone when I first saw him, but I was wrong. It really sells the figure and helps differentiate between the suit and the skin. The pearlized yellow on the armored pieces contrasts great with the flat yellow and purple on the cloth areas. Finally, the clear purple – his see-thru chest in particular – really looks great. His articulation is pretty much standard for the line and he features good range of movement. 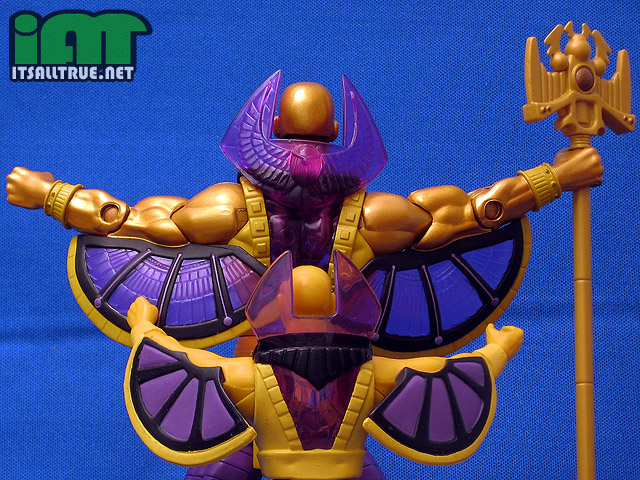 Finally, Pharaoh includes an updated version of his classic staff. It’s been modernized as well and looks great cast in a pearlized yellow. It’s for use in his right hand only, but, like thetwo Starmen, it’s a generic size and not really tailored to the width of the staff. He can still hold it, but it tends to pull away from the palm and it can be tricky to find a good pose where it will stay exactly how you want it to without him looking like he’s barely touching it. 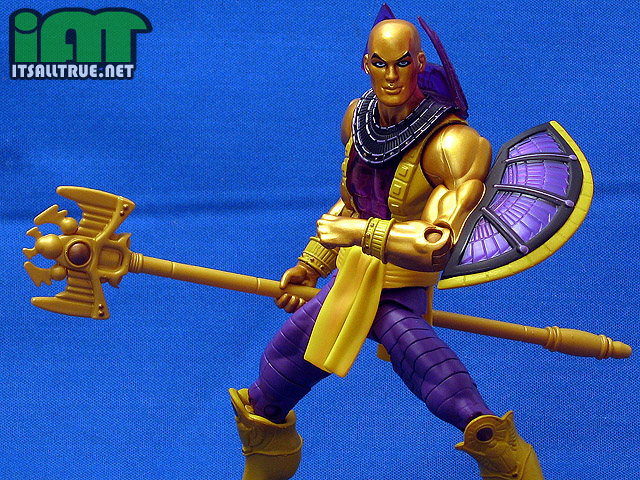 If you haven’t figured it out by now, Batman was the odd addition and Pharaoh the fantastic update. There’s nothing essentially wrong with the Sinestro Batman. He just feels a little sloppier than normal and his not having yet (or ever) appeared in the comics keeps me from being able to really unwind and enjoy him.

Golden Pharaoh is just this side of perfect though. I’m a huge Martian Manhunter fan, but I think Pharaoh ended up being my favorite figure in the wave. He is the stand figure, so if you don’t like Super Powers and just want Validus, you’re in luck – but you’d be passing on a really nice piece. This figure does the character justice in a way that few would have even thought he deserved. And now that we know he’s still a DC Character and he’s got an awesome toy on store shelves, I think it’s time for a Golden Pharaoh mini-series. That’d kickass. 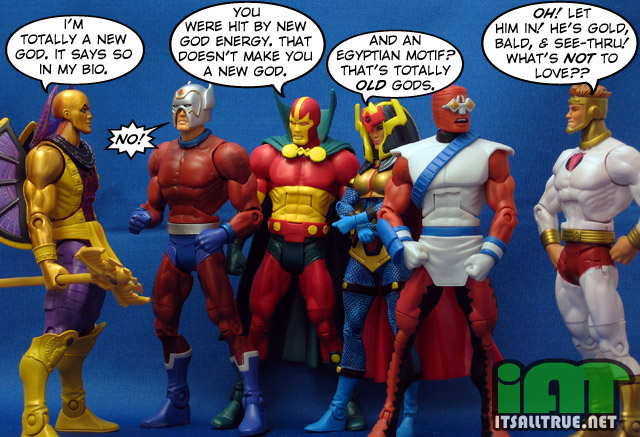