1) SilntAngl asks: After reading Keldor’s bio, some fans aren’t sure how to feel about the Lord of Destruction’s humble beginnings. What’s your take on the injustices that motivated Keldor to feel he would be a better ruler for Eternia? 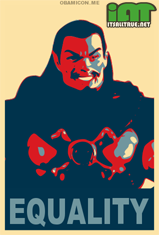 When we looked at the MOTUC bios, one area we wanted to explore more was Keldor’s origins. He is always trying to take over Eternia, but why? There were some hints in the 2002 series (Skeletor tells Prince Adam that he, “Always takes what doesn’t belong to him, just like your father.”) We reviewed a lot of unpublished script notes and looked at what else has been written about Keldor’s roots.

As a result, first in the 2002 series and now in the MOTUC bios, Keldor is revealed to be a more sympathetic villain. The greatest villains are always the ones who are “right” at least in their own mind and not just evil for evil’s sake. It was very important Keldor/Skeletor have a motivation behind his ways. The loss of his birthright and being lead astray clearly helps justify why he is trying to take over Eternia. In his mind (and correctly from his point of view) he should be King of Eternia, while Randor and He-Man are in the wrong. This really makes him that much cooler of a villain!

2) Manekochan asks: Now that Spring has begun, does Mattel have a shorter timeframe on when TRU will be carrying the last batch of Dark Knight Movie Masters?

We are working on getting these to TRU in the near future.

* – Editor’s Note: There are multiple reports at the ToyBuzz of collectors finding these figures on TRU shelves this week.

3) Mr. Rant asks: Typically, refresher / best of cases of DC Classics go unannounced until some collectors find them in stores. In one instance this year, TRU had an exclusive Batman that caught fans completely unaware. A lot of collectors would like an early heads up on these non-new items, so they’re better prepared to find them. Is that possible?

For the most part we do announce things well ahead. In the case of this TRU Batman, we always meant for this to be a fun surprise when found at retail! There will be a total of four All-Star repaint figures this year at TRU. Green Lantern will be next followed by Flash. You can check out a sneak peek of Hal’s new deco on AOTS’s SDCC preview form Monday night. We’ll have this up on Mattycollector.com soon.

4) Vault asks: Are you as pained as we are that the MOTU Classics line is to almost forty figures in and still has no Snakemen? Is there any chance this faction will see some love in 2010?

Snake Men are coming. Not to worry.

5) Noisy asks: Characters in other DC lines like Bloodwynd in DCIH, Aztek in JLU, or Wotan in Action League leave some of us DCUC collectors drooling for those characters in the line we collect. When a lesser known character appears in one of the other DC lines does that help or hurt their chances to be included in the Classics line?

While we do make an effort to spread characters out, it doesn’t mean anyone is blocked from appearing in other lines later on. We just don’t want to release too many of the same characters in multiple scales at the same time. It isn’t a hard fast rule, but we try to spread the love out between lines. 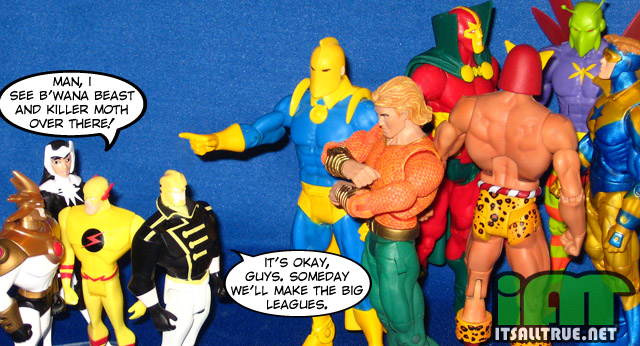