If there is one drawback to that shaggy sculpt, it’s the limits it places on the articulation. We’ve got a ton of potential here: ball-joints at the neck, shoulders, elbows, wrists, hips, knees, & ankles, swivel thighs, and two (Two) joints in the torso. Bicep swivels are all that’s really missing. And yet? Poses can be tough due to all the excess fur. There’s still fun to be had, and if you’re an aesthetic over function guy, you’ll be golden. 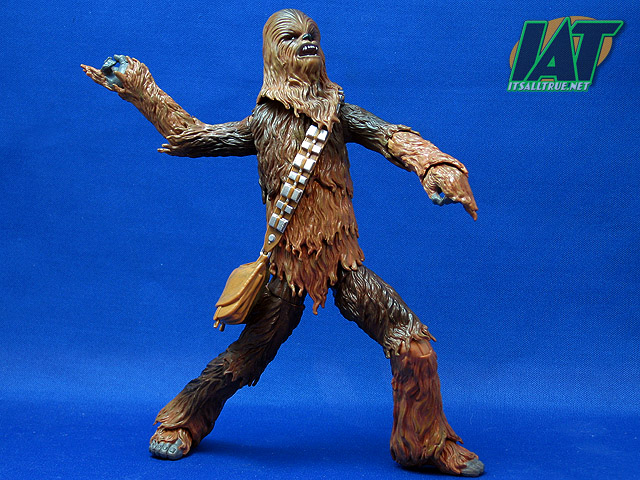 SWB is pretty good on sculpts. They’re sharp on articulation. What they’re fuzzy on though is paint. Chewbacca is spared the worst of it by not having any flesh tone areas. He’s all fur and it helps hide the paint issues that hamper other figures, but not entirely. The dark on the upper arms & legs doesn’t really transition to light well. And when we get to the completely unpainted fur areas, the plastic sheen looks funny against the flat paint. There’s no real dealbreaker here, but I think all of SWB could come alive in the hands of a talented painter/customizer. 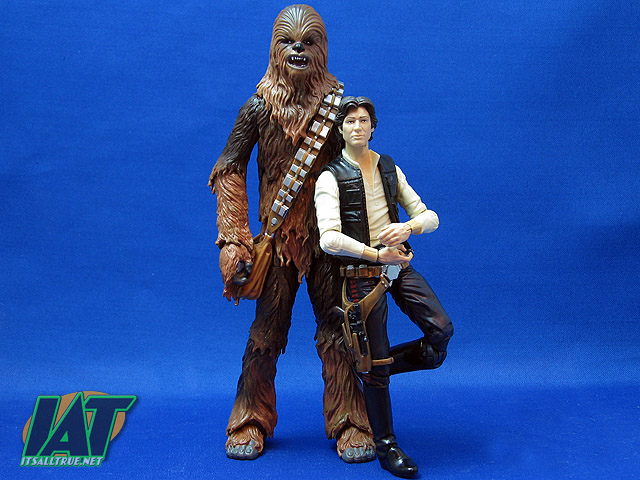 Chewbacca included two accessories. His trademark satchel & bandolier looks fantastic and fits great on the figure while still moving easily with the articulation. It can pop out from under the head now and again, but it looks good. The bowcaster – I must’ve gotten a bad one. It’s packaged in two pieces and seems like it has assembled easily enough for others, but not so for me. The front bow part just will not stay on the main part of the rifle. I don’t know what’s up but it is frustrating. 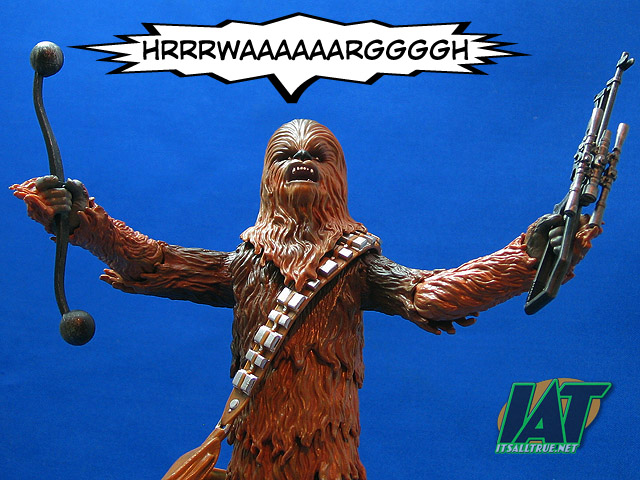 Overall, SWB is still just find its feet. We’re only on Wave 5. It’s only been a year. And the figures are surprisingly ahead of the curve in that regard. The sculpts are top notch. The articulation is what we expect from nicer 6” figures. The accessories are the ones you’d expect to get (& expect to fit together!). It’s really just the paint, or lack of paint, that keeps these figures from being something really special to me. I’d love to see Hasbro step up their game. If nothing else, that would make it a lot more difficult to bow out on so many of their releases. I know I’ve gotten picky, but I’d have trouble sticking to it if Anakin Skywalker were painted better. I wouldn’t dislike the Obi-Wan I did buy as much as I do. Hasbro has gotten so much right, I just want to see them round it out. 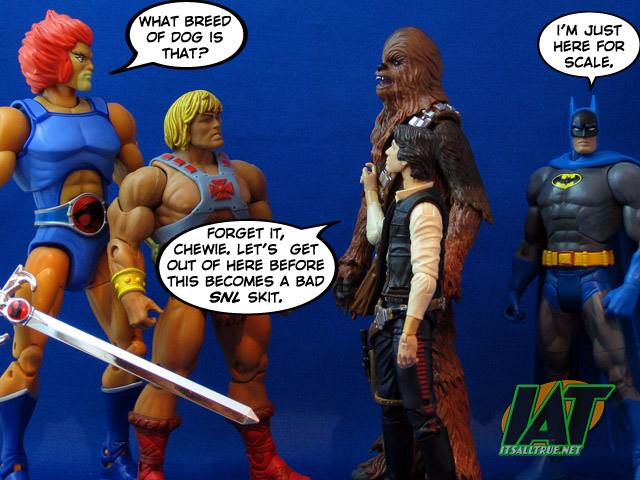