It’s safe to say that I’ve cooled off on my early Star Wars Black love. I was never going to be all in, but I love 6” figures more than 4” so this was always going to be the Star Wars line for me. And it’s been a good line overall, but it’s just not capturing my attention as much a year later. It’s not you Star Wars Black, it’s me. 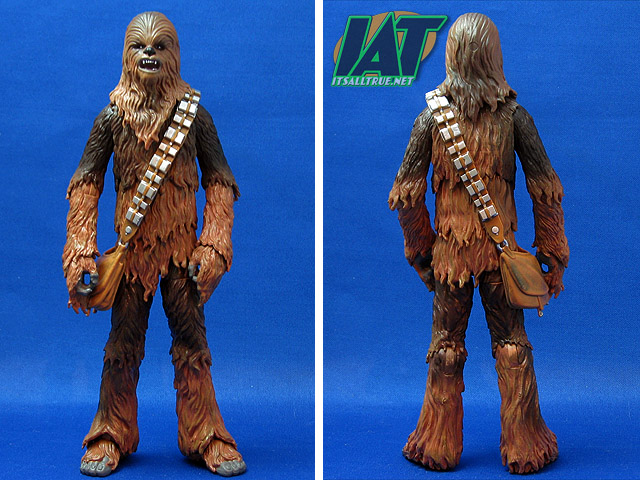 So with all those self-imposed restrictions, things got quiet on the SWB front for me this year. I did buy all of Wave 1 & Wave 2, but I pretty much skipped Wave 3 & Wave 4. I was almost out of the game until Walgreen’s brought out that fantastic SWB (SWW?) Boba Fett exclusive. Hot on the heels of that release, Wave 5 dropped at Walgreens. And with that came a shot at two figures that fit my picky requirements: Chewie & Vader. 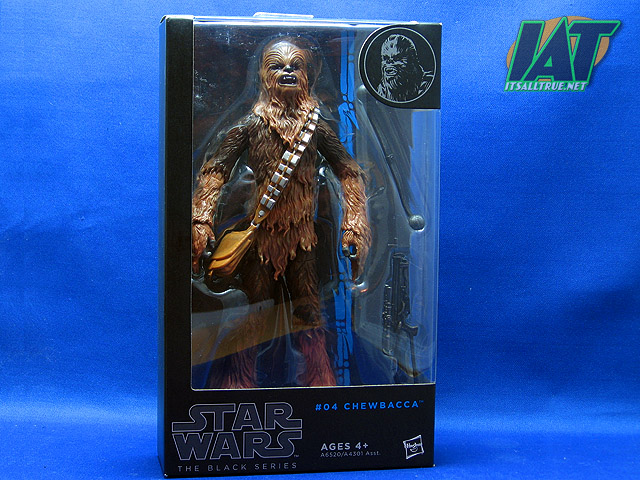 Normally, I don’t care much about packaging, but just quick a note here. The packaging has been changed to better accommodate Chewie’s height. The logo has been moved from the top left of the box and the window extended up so Chewie isn’t hidden. Works great. 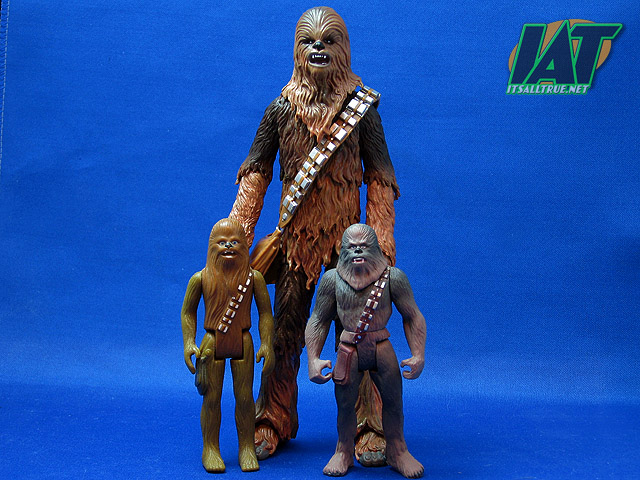 The thing that’s been the highlight of SWB, I think, has been the sculpts. Chewie is no exception. I was curious to see how they handled the big guy since fur is never easy at this scale. Well, any scale. I think they nailed it though. The different pieces are realistically shaggy and they layer well. He’s visually really well done. Scale-wise, he may be a hair tall, especially when compared to Han, but not so much that it detracts from the figure. Besides, he was distractingly tall in the movies anyway. 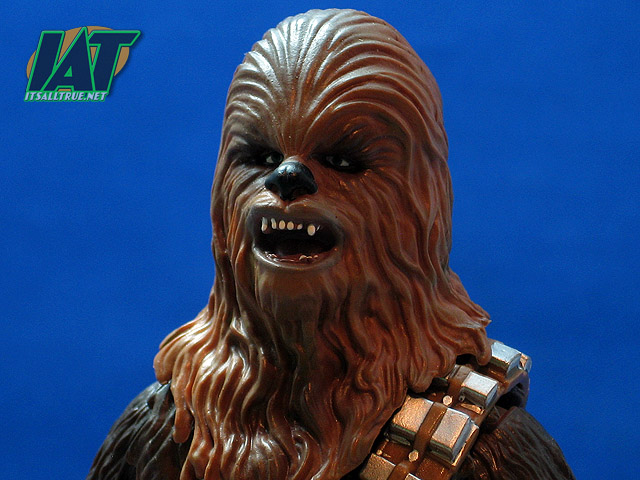 The only thing I’m not a fan of on the sculpt is the open mouth. Again, it’s largely me – I hate screaming heads. They stick out like a sore thumb on a shelf with mostly expressionless figures. And they stick out in a bad way. Smiling? Angry? Mischievous? None of those would be right for Chewie, but those kinds of heads would look good mixed on a shelf – and we almost never get them. But we do get screaming heads. It almost makes sense for Chewie… it’s a little more iconic for him, but I still don’t like it much. Continue to Page 2…