This week’s schedule will be a little off. My Uncle passed away this weekend and I’m just about out the door on my way to Florida. As many of you know, this year has been sticking it to us here at IAT, but I’m tired of missing days. This won’t be the full review, but I wanted to post some quick picks of Encore Fortress Maximus.

It feels like I’ve been on a mad Transformers spending spree this year. One of the things that’s been getting me is having some extra money to pick up some old G1 Transformers. While I’m amazed at the engineering of modern Transformers, particularly the Masterpiece & Third Party pieces you keep seeing reviewed here at IAT, I can’t help but get this nostalgic hankering for ye olde Transformers. There’s just this undeniable charm about them, simple that they are. So I’ve been snagging Encore releases these last few weeks (among way too many other TFs) – you might spot a few in the backgrounds of these quick pics, in fact. 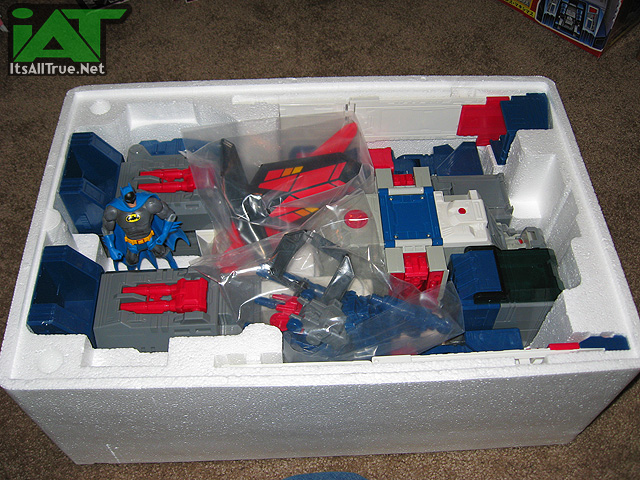 But the Encore Reissue that I absolutely had to have was Fortress Maximus. Kids, this is a Holy Grail right here. I’ll talk more about in my full review down the road, but like the USS Flagg or the Hall of Justice, Fort Max was a toy that I desperately wanted as a kid. But he was like $100 and though my parents loved me, though my parents spoiled me, a $100 toy in 1985 just wasn’t going to happen. I’d imagine that my Dad would’ve teased me about getting a job it if had ever come up.

Well, I’ve gotten a job since then and when the Encore was announced at the slightly higher $330, I didn’t hesitate one bit. I placed a pre-order at BigBadToyStore as soon as it was available. I was a little thrifty, opting to forego the more expensive air shipment. I figured I’d waited nearly thirty years, what was one more month? 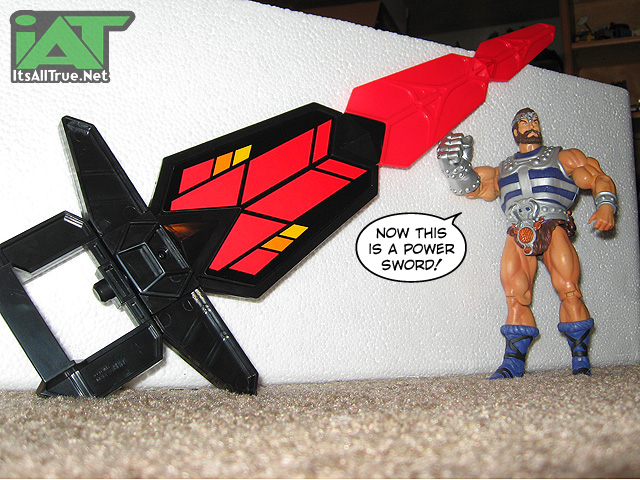 Fort Max arrived today (I’m writing this on Friday night) and he is every bit worth it. He’s satisfyingly huge (size does matter, it seems), I was having a blast transforming him around (though it feels like a two-man operation at times), and I haven’t even put the stickers on yet! I think my favorite part at this point is the sword – only because I didn’t stop to think how HUGE it had to be for him to wield it. It’s awesome.

I snapped a “few” pics in the various modes of my naked Fortress Maximus to tide everyone over until the full review – but my summation should already be clear. If you think you want this guy and you have the scratch, do it.