Toy collectors are an interesting bunch. We’re a diverse group of people with different backgrounds, different tastes, different opinions. Sometimes it seems like we might have very little in common other than the love of toys, but there is a common factor we see in a lot of toy collections. We at ItsAllTrue like to group our action figures into subteams and we’re not the only ones.

When toy collectors and kids setup their displays or prepare for play, they like to put figures in groups based on whatever media the toys originated from. You won’t see many toy collections where Blue Devil is standing on a JSA shelf or where Green Lantern is hanging out with the Fatal Five. Now, the kids may be more apt to throw everyone into the mix, but they still know when they have everybody but Martian Manhunter. All of us like to build teams and create representations of our favorite factions. It’s a small victory to finish off a mini-collection while on the road to completing the larger collection at any age. But there’s a downside to that type of collectionbuilding: toy companies know we like it and know how to market around it…

We see incomplete teams a lot in the toy world. This very column has been asked to represent figures that would complete a team or set. Covergirl is the only G.I. Joe made between 82-84 that hasn’t been updated yet. The Mezco B.P.R.D. team awaits a Kate Corrigan that will never come. Two companies both skipped a Jim Lee Phoenix in the Marvel Legends line. Even the grandest of comic book teams, the “Big 7” Justice League, is still incomplete in a toyline with over a hundred and fifty figures.

For one reason or another, certain characters are held off and spread out. Marketing departments tell us that it will help make the line successful, it will keep collectors and kids alike hooked. That the collector’s drive to complete a team, will keep them going, will get them to buy the intervening figures between now and when that particular figure they’re waiting for comes. And they’re right, the promise of completion keeps many of us hooked. 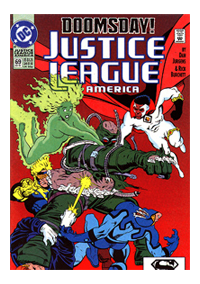 Not to downplay the suffering of a Marvel fan still waiting on Blink or a Transformers fan on a twenty-five year quest for a good Arcee, but I believe DC Fans have had it pretty rough on this front. Up until recently, the “penultimate” DC toy line was a line that was cancelled in 1986 with only thirty-four figures. The nineties brought no comfort for those wanting a big collection of DC figures either. DC Direct, which carried us through the turn of the century, is legendary for not completing teams or even making normally compatible figures in the same size or style. They’ve been at it for eleven years and a Morrison JLA can only be cobbled together with a tiny Kyle Rayner and a fat (or a bubbly) Martian Manhunter. Yes, DC fans have had JLU. Mattel has done a better job about teambuilding with that line – at least when it comes to the various Justice Leagues and their villains. Not much luck if you want Titans or Society members.

This brings us to DC Classics. In two years (and some DCSH change), Mattel has already put DC fans light years ahead of anywhere we’ve been before. We’re close on a lot of fronts and we here at ItsAllTrue are very thankful for that. But, there’s still some work to be done and we want to take a look at some of the bigger holes in the various teams before making our appeal. 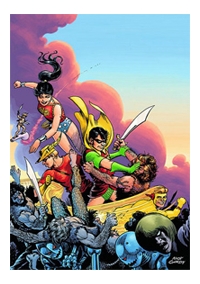 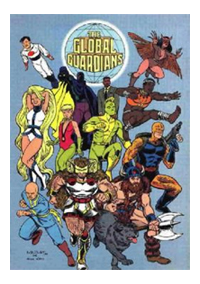 We’re stopping there, but we know there’s a ton more. Poison Ivy from the Bat rogues. Finishing out the Doom Patrol and the Metal Men. Deadshot and Bane (he could use some new legs, btw) are without their cohorts from the Secret Six. The Freedom Fighters. The classic Batman is still without a classic Robin. Birds of Prey. Challengers of the Unknown. The Legion of Super-Heroes. Heck, if Toy Guru is serious about G.I. Robot, we’re going to need the Creature Commandos too.

In all, we just want to see some teams completed before we go crazy. It’s great that we see how awesome the Metal Men are going to turn out. And it’s been too long without Doom Patrol toys, but Mattel should wrap up some teams before starting too many new ones. Let’s get that Satellite JLA finished. Let’s blow through the original Justice Society with one per wave. Let’s make better use of variants (Hint: No one wants GITD Spectre AND non-GITD Spectre when a new head for Crispus or a Hal repaint can give us two different characters). On that variant front, by the way, we at ItsAllTrue want to point out that Doctor Impossible, one of the lamest characters in the DC Universe, is still one of the best variants because he’s a whole new character! Much better than an unhelmeted variant or one molded in a different color plastic. Sorry, Mattel, but you really spoiled us on variants in 2009 and we’d like to get back to it for 2010 if we could.

What it boils down to, is that we’re asking the fine folks at Mattel to look at what they have coming up after Wave 15. To look at what’s been slated for the rest of 2010 and the line overall. Did you complete a team? Did fans get the Chief (he’s important to any Doom Patrol) and that Elasti-Girl C&C? Are the Metal Men done already? Is a version of the JLA or JSA roster near completion? If so, please finish it. 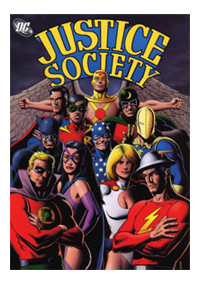 We don’t disagree with your marketing department. A wave of Wild Dog, Gehenna, Dane Dorrance, Nathaniel Dusk, Lady Cop, the Earl of Greed, and Prince Evillo, with a Turmoil C&C would likely be the worst wave ever (Heck, we’d buy ’em though – we’re suckers). But still, let’s not stretch out every team across the five-year plan, okay? Let’s knock a few out, give collectors that temporary high on the way to having them all. We’d appreciate it.

On that note, we’d like to ask our readers to take advantage of the comments section below and let us know which teams you think need to be finished first! Are you a Titans fan? Been waiting on JSA figures for 70 years? Still wishing for that Martian Manhunter? Which figures do you need to complete the teams on your shelf? There’s no registration required to post, so let’s hear it!

UPDATE – The comments are still open if you’d like to share your opinion, but we’ve culled the data and produced some charts and breakdowns here http://www.itsalltrue.net/?p=1531.