Maybe it’s the fact that the figures look so damned good, or that they retail for reasonable prices, or maybe it’s just a Jedi mind trick. Either way, I’m compelled to buy two with every purchase. So when I picked up Lando, I also somehow found myself at checkout with Dagobah Landing Luke Skywalker.

I’m not that big a fan of Luke. Sure he’s the hero, but he’s also way to whiney for my tastes. So I didn’t have a lot of figures of him as a kid. I seem to remember playing with his X-Wing version back in the 80’s, but that figure’s long gone now. Looking through my Box-o-Star Wars toys, I guess I never bought a Luke from the 90’s. So this may be only the second Luke Skywalker figure I’ve ever owned. 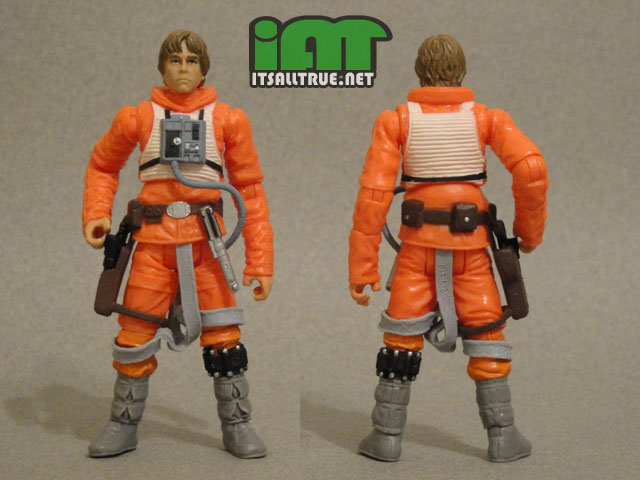 The really interesting thing about this figure is that it’s a version of Luke we’ve never seen before. Sure he’s had plenty of plastic appearances in his X-Wing duds, but this is apparently the first one based off of his crash landing in the Dagobah swamp. It’s kind of interesting, and makes me wonder how many more scene specific costumes haven’t been done as toys yet. 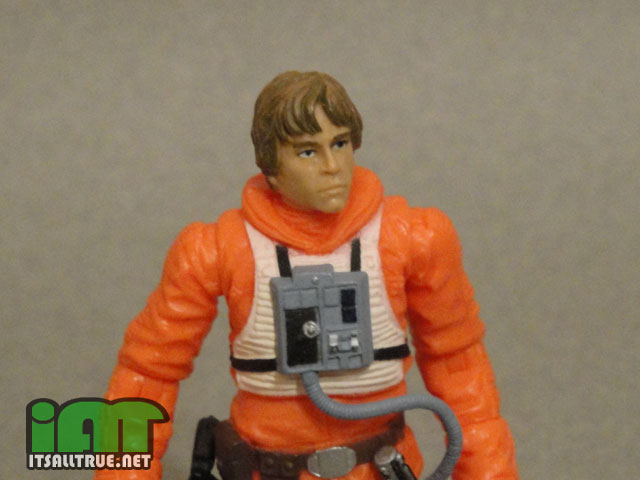 I definitely bought this figure for his looks. He’s mostly a reuse of the 2009 Legacy Collection Luke from Empire Strikes Back, but this one has a definite lack of his Hoth gear. Most noticeably is the absence of his gloves and little white cap he wears under his helmet. I have to admit the sculptors did a really good job. I didn’t even realize they were the same base figure until I saw someone mention it online, and even then I had to compare them myself to be sure. 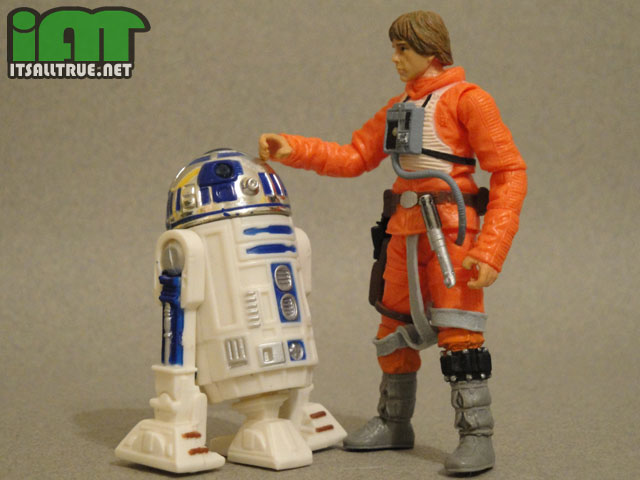 This figure’s head sculpt is perfect. The Vintage Collection always impresses me with their spot-on impressions of the actors, and this Luke is no different. The sculptors were able to capture that slightly unsure/worried/whiney look that Mark Hamill so often used. Add that little part of hair they gave his bangs and it looks like he stepped right out of the card art. 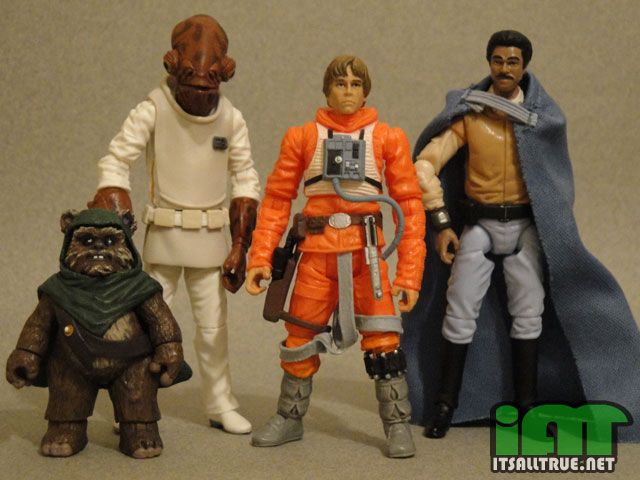 The sculptors also added a holster for his classic blaster and new forearms to replace the gloves. These new wrists fit right in with the rest of the figure in shape and color. Even the ribbed pattern on the sides match up perfectly. My only complaint is that they make his arms appear slightly too long. It’s not something that’s noticeable right away, or even when the elbows are bent. But if you have them down to his sides or stretched straight out you notice that something looks a bit off. Continue to Page 2…