I walked into my Toys R Us this week not expecting to really find anything, and was pleasantly surprised by a nice little haul. Not only was I able to pick up the DCUC Golden Pharaoh and Jemm figures, but TRU also got in one case of the new wave of Clone Wars. So I was able to snag myself the new Ahsoka.

The Clone Wars is on its third season, and I have to say I’m a pretty big fan. With the exception of a few of the more boring Senate episodes and a couple of cliché plot lines, I’ve been pretty entertained by the series as a whole. It’s definitely more violent than I expected, but in a good way. I’ve come to really like the Clones as characters. Plus, the added relationship of a Padawan for Anakin adds much more depth to the character than the movies even came close to. 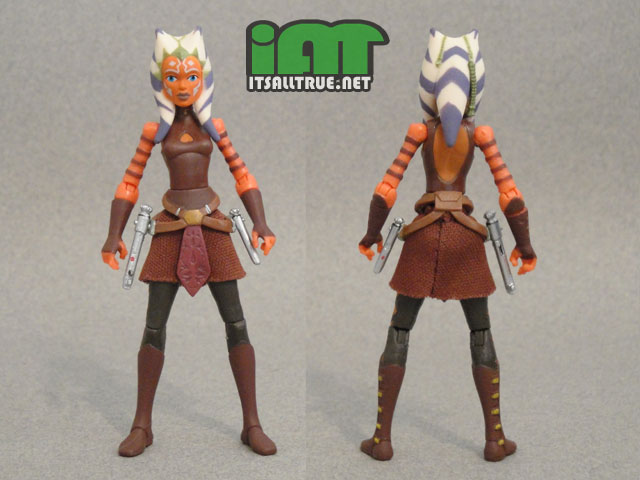 It’s kind of funny though. With as much as I like The Clone Wars, this is only the second figure I’ve bought from the toy line. One reason is because of the noticeable difference in style. The aliens and robots, even the clones to a certain extent, can kind of fit in with the more realistic looking figures, but the human characters just don’t blend as well. 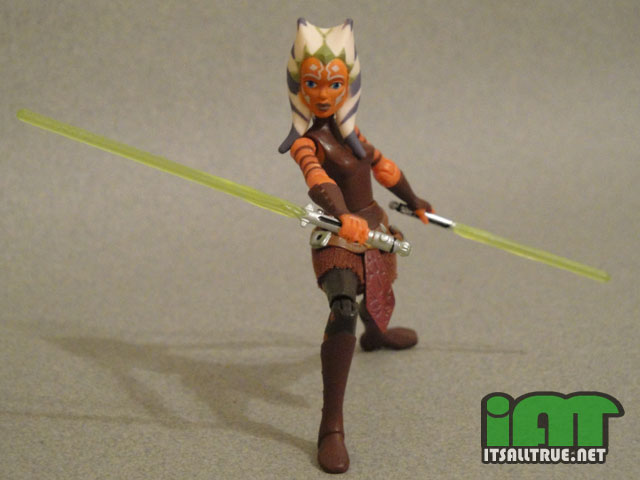 Like the zombie Geonosian, I just couldn’t help myself when I saw this figure on the peg. I’ve been waiting for a decent figure of Ahsoka. The first one was ok, but I really didn’t like the look on her face. She had these half closed eyes that made her look either tired or stoned. It just wasn’t a good look. So, I’m glad Hasbro decided to make a figure with a new head sculpt. 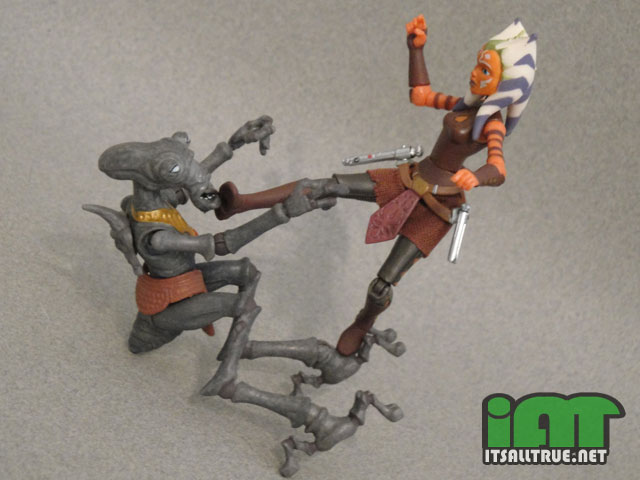 This new Ahsoka is far better. The figure is based off of her new third season appearance. As the series has progressed, Ahsoka’s character has gotten a bit older. She’s not quite an adult, but there’re definitely some older teenage qualities: her face isn’t as round, her hair tendrils are noticeably longer and pronounced, and her body is undeniably more mature looking. The sculptors did a great job capturing this new design, and I really appreciate the fact that her eyes are fully open this time. 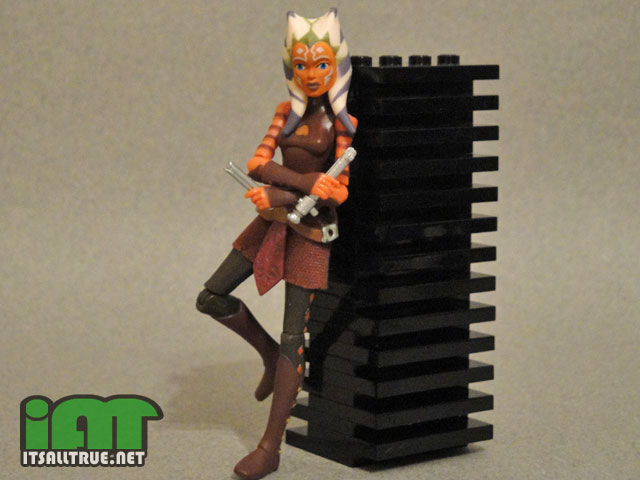 One of my favorite parts of the character’s new design is her costume. She’s definitely showing a lot less skin, but the overall feel of the look is much more adult and even a bit sexier. What’s really interesting is how much darker her look has gotten. The whites are gone entirely, while the light tan colors have been replaced with various deeper shades of brown. It’s not just the colors, though. Her costume now consists of various arm straps, a double belt, and even leggings with diamond shaped holes that reveal her skin. I’m kind of curious; is this darker tone is a foreshadowing of things to come? Continue to Page 2…