I was surprised when Kaiyodo announced number twenty in their Sci-Fi Revoltech line was going to be a skeleton warrior from the film Jason and the Argonauts. The works of Ray Harryhausen are perfect for this line, and there’s no better figure to illustrate this point than the reanimated skeleton warrior.

Ray Harryhausen is one of the greatest special effects artists of all time. Before computers and CGI even existed, he was using stop-motion animation to incorporate the actions of people with fantastic and bizarre creatures on screen. One of the most memorable of these scenes for me is the battle with the skeleton army in Jason and the Argonauts. As a kid, seeing what looked like real skeletons battling with swords and spears was amazing. Even looking back at that scene I’m surprised at how well it holds up. The animation is so seamless with the actors’ choreography that you’d never guess the skeletons were miniature puppets that were added in later. The love and attention to detail Ray put into his work is evident while watching this five minute fight scene with the knowledge that it took four and a half months to animate. 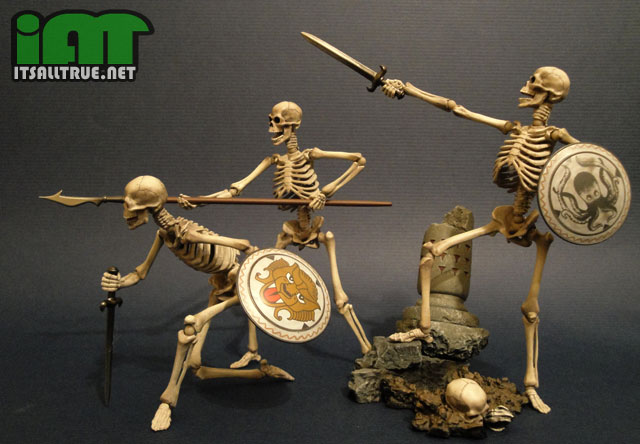 I bought this figure for two reasons. First is my love of Harryhausen’s creations. I never considered Kaiyodo would use his creations for their Sci-Fi Revoltech line, but I’m extremely happy they did. I can only hope that we see more of his work in the future of this line.

Second, this skeleton is so masterfully sculpted by Kawada Hideaki that it doesn’t matter what the source material was. Even with the slight embellishments here and there, this skeleton still looks and moves so realistically that you can use it as an artistic reference. 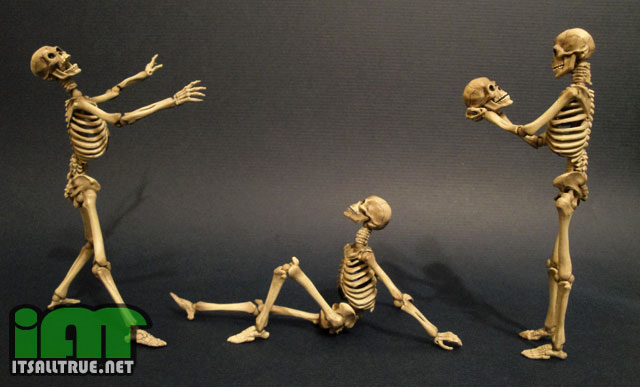 Besides the perfectly sculpted form of this figure, there are also tons of tiny details. The major plates of the skull are all separated by slight cracks. While the individual teeth and even the palate has raised ridges and texture. The bones of the spine have their own sculpting and have been glued to the back of the ribs. Even the tiny textures between the bones of the hands and feet are given detail. 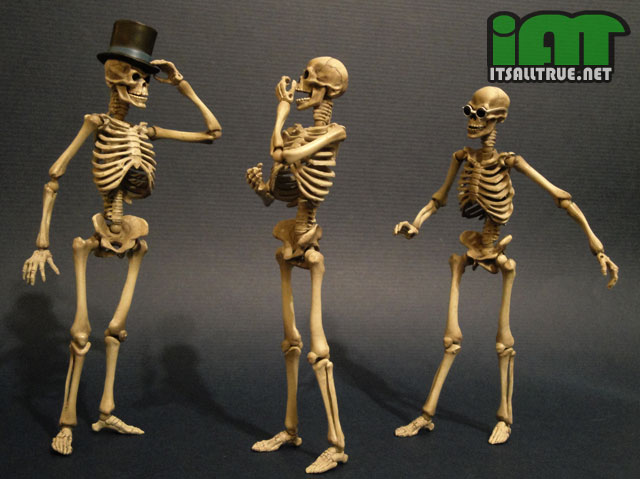 Each skeleton is molded in a light gray plastic and then given a dry wash of dark gray. Since the dry wash is random with where and how heavy it sticks to the figure, each skeleton has its own unique look. This is great if you’re buying more than one figure. One of mine even ended up with a dark smudge on one of his teeth. It makes him look like he has a missing tooth, giving him a different personality from the other two. 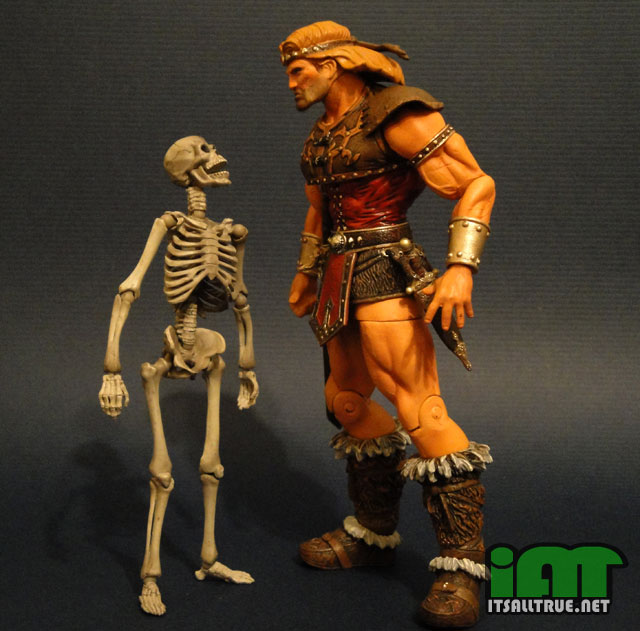 The skeleton is probably one of the best articulated Revoltech figures I own, which is saying a lot considering how well Revoltech figures are usually articulated. His head, base of his neck, shoulders, elbows, mid torso, waist, hips, knees, and ankles are all revolver joints. His wrists are swivel/hinge joints, while his jaw is a hinge. This gives him the full range of human anatomy without those pesky constraints of muscles or clothing that most figures have. Continue to Page Two….