I like Monster High. And ever since I started watching the webisodes, Ghoulia has been my favorite character. This week, I was lucky enough to find wave Wave 3 at my local Target and have Ghoulia for review. But even though I love this character, I have conflicted feelings about her plastic portrayal.

When I reviewed Lagoona Blue in the beginning of August, I wondered if a monster toy line marketed towards girls could be successful. Almost three months later, it seems the answer is yes. Not only is Mattel marketing Monster High as one of their hot toy lines for Christmas (which is to be expected), but they can’t seem to make the dolls fast enough. The two-pack with Cleo and Deuce doesn’t move as fast, but the individual figures are becoming scarce. I felt pretty lucky to find Ghoulia at all. 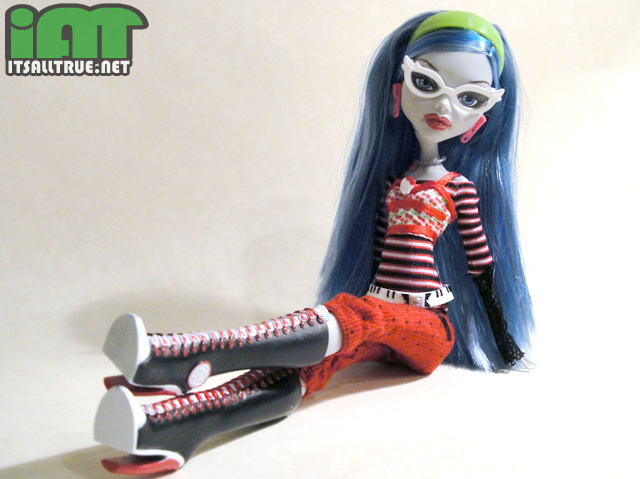 Like I said in the opening, Ghoulia is my favorIte character. There’s a lot of charm in the fact that she speaks with moans and groans, yet is the smartest student at Monster High. She shambles around in awkward poses, but is always there to help out the girls with their problems. It would have been easy for the writers to make her an outcast even among monsters, or have the girls ridicule her as the typical nerd archetype. Instead they made her part of the group. Even the catty Cleo considers her a best friend. She’s the zombie that’s always helpful, what’s not to like? 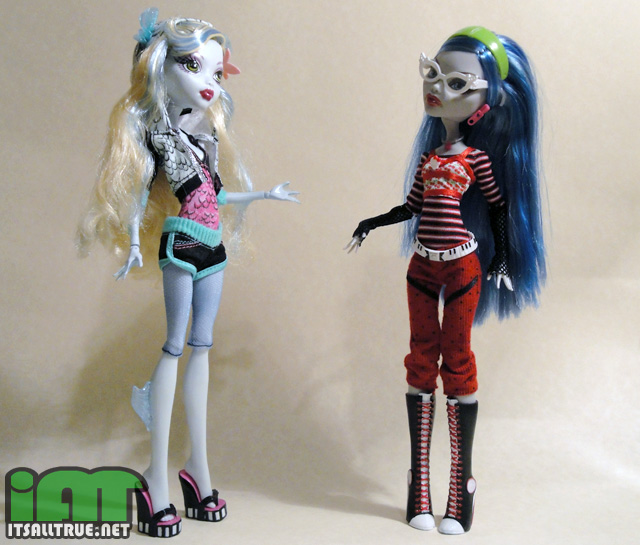 Like all the other female Monster High characters, Ghoulia shares the same body with a uniquely sculpted head. She’s got a ball jointed head with good side to side, but limited up and down movement. Her shoulders, elbows, wrists, and knees are all swivel/hinges. Like the other girls, her forearms are easily removed at the elbows to allow for clothes changing. Her thighs are swivel/hinges connected with a stretchy piece of fabric. I’m not a big fan of this joint, but it works. All together these joints give the body a simple design, but still allows for a fairly large range of movement. 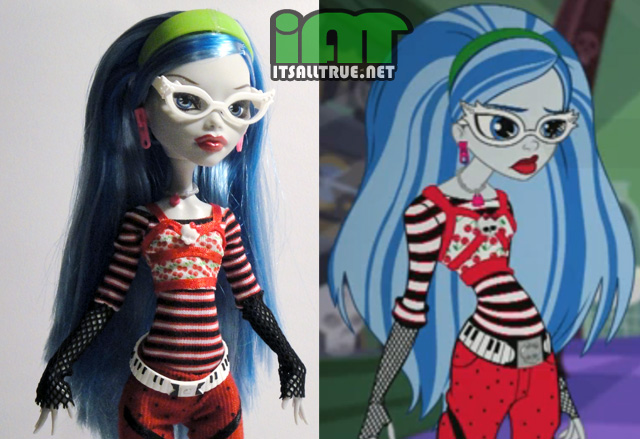 This Ghoulia figure leaves me with an interesting dilemma as a fan of the character though. The head is a nicely sculpted piece, but it doesn’t really look like Ghoulia. Where Ghoulia has an almost vacant look to her wide eyes and a slightly grimaced mouth, the figure has been given makeover to make a “prettier” doll. Mattel isn’t wrong in thinking that girls want to play with pretty dolls. But by creating the doll in a more attractive fashion they have also stripped away the character’s true personality. Instead of the cute and quirky zombie girl, we are left with a very attractive, but generic figure. 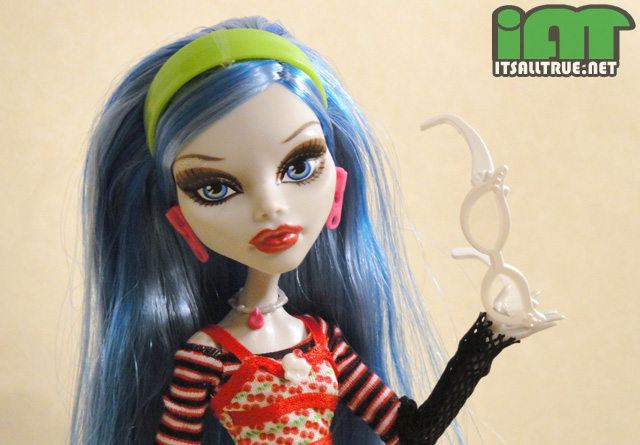 To Mattel, Monster High is nothing more than a dollar sign. But like all good cartoons, there’s still an underlying PSA message: What better place than a high school full of monsters can kids learn that the differences in how we look, act, and sound make us unique (and dare I say, even special). It’s too bad the toys can’t entirely reflect those same sentiments. Continue to Page 2…