Today, the mail brought Mattel’s latest DCUC offering, the Clash in the Cosmos 2pk featuring the Silver Age Brainiac and a Superman with heat vision eyes. The Superman, despite being a tad on the angry side is one step closer to having an iconic DCUC Superman. The line started off with Electric, than went long hair and regeneration suit, we’re getting closer all the time. As for Brainiac, fans have been clamoring for the Pre-Crisis version of Brainiac for years. 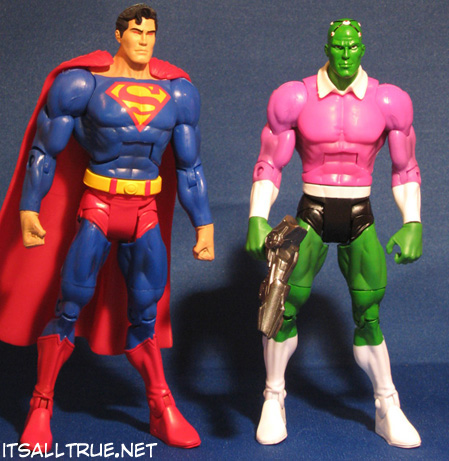 The Superman is the same as the recent Wave 6 Superman with the short haired head of the Eradicator figure (but without the peg holes for the visor). I’m still not a fan of that version of the cape (it pulls away from the body as it goes back, taking up shelf space) and this one will probably need a little glue at the shoulders to stay down. The symbol on this version is sharp though. 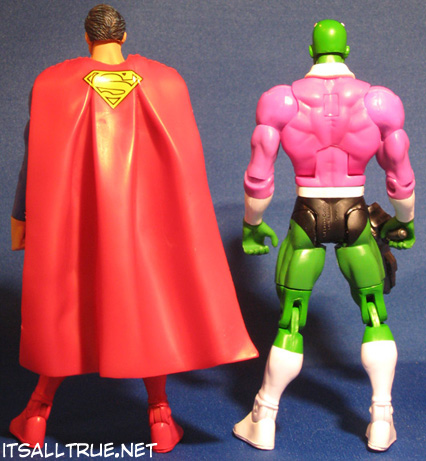 Brainiac features a Mattel buck body with a new collar and a new head. Some photos show the arms and torso as different shades of pink/purple, but the set I received matched and I used some independent lighting to try and prevent the flash from altering the colors. The only accessory is a repackage of Luthor’s kryptonite gun, but without any kryptonite. 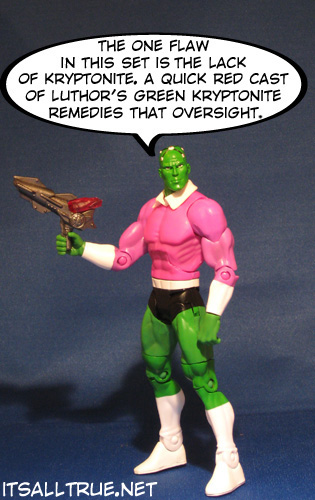 Overall, it’s a solid set and this version of Brainiac makes DCUC Collectors one step closer to the first complete Legion of Doom and thus able to recreate the classic Cartoon Network skit about Brainiac “just needing a decent pair of pants”. 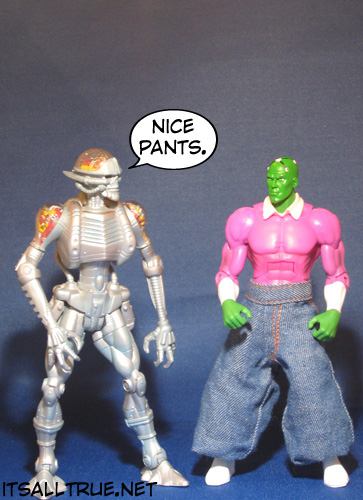 These sets are currently available at different online retailers and in slated to be appearing at Toys R Us in the near future. 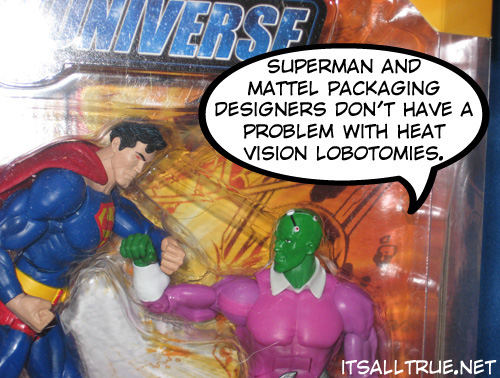