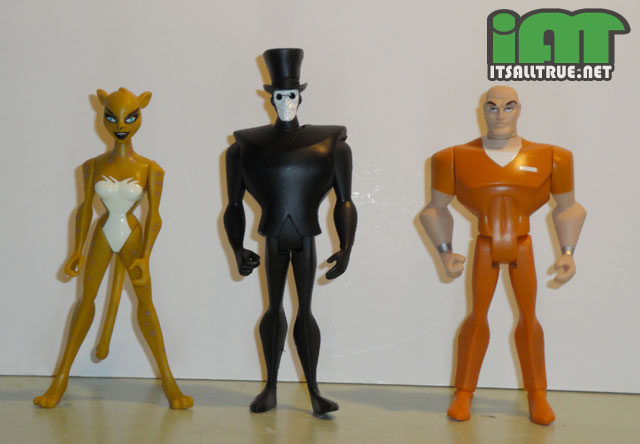 Out of all the DC Animated Universe, Batman Beyond is my favorite. I was always impressed with the willingness of the writers to go a new way with the Batman legacy while still staying respectful of what came before. Not only that, but the writing on that show is probably some of the darkest I’ve ever seen American cartoons go. If you’ve ever seen the episode Earth Mover, you know what I’m talking about. Plus, I don’t think I’ll ever forget Warhawk’s helmet hitting the Batmobile’s windshield. So this 3-pack was a must for me. Especially now that Mattel has shown us the upcoming JLU Superman Beyond figure. 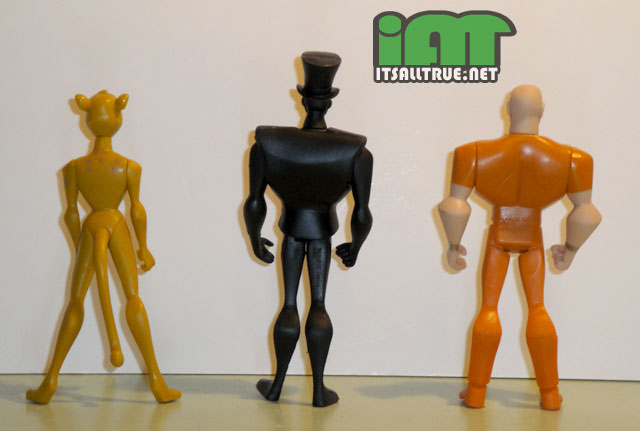 Like most JLU figures, the Batman Beyond pack is mostly repainted parts. It does have some new pieces though. All three heads are new sculpts, and each of them look great. I am really impressed with Bruce’s. It’s ancient and crotchety and reminds me of Clint Eastwood for some reason. Warhawk and Bruce also have additional soft plastic parts to cover their upper bodies. This gives Bruce his futuristic suit look, and Warhawk gets his armor and a place for his wings to clip in. 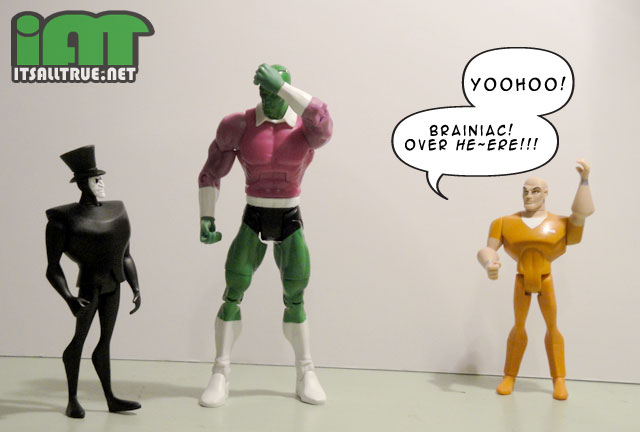 I only bought the villains 3-pack for one reason, Cheetah. Cat girls are hard to pass up. Plus, Matty did a great job on her. She’s got some nice spot detailing on her body, and I really like the new cat feet sculpt on her legs. They also gave her a tail, which can swivel in a circle. The Shade came out pretty well too. He has a soft plastic piece covering his torso. His head is a new sculpt though, and they even made his glasses glossy, which is a nice little detail. Lex is an interesting choice for this set. I’m guessing they went with him because he’s a simple repaint and parents would actually recognize him. He’s not a bad figure, just very plain. Even the look on his face exudes boredom. 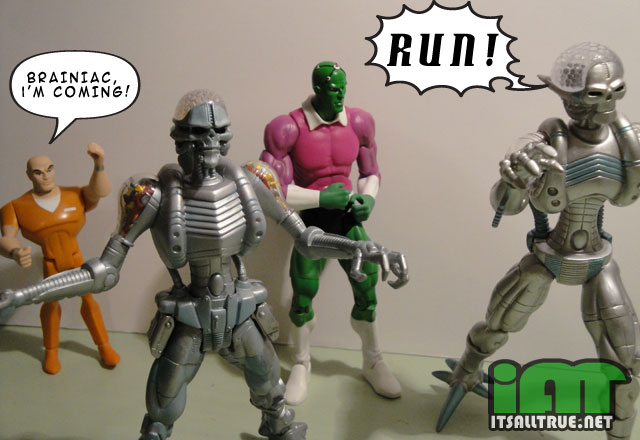 All together, these are some pretty nice JLU figures. Like usual, there are some paint issues, so you’ll want to be careful in picking yours. But, there aren’t nearly as many problems with the paint as I’ve seen in previous waves, which is good. The only other thing I was really disappointed in was Cheetah’s arms, legs, and tail is made out of a very rubbery plastic. These pieces are very bendable and over time I’m not sure how they’ll hold up to age and gravity. I’ll definitely have to be keeping an eye on her. Other than that, these figures are worth the purchase. Especially if you find them for $7 a pack, like I did. Now if we could just get that Toyman figure.