Do you know where you were when Mattel announced these 3pks? Do you even remember when it was? At SDCC? In ToyFare magazine? I don’t even remember anymore. I just remember Mattel seeing them and being excited about finally getting Cheetah, to get another shot at Shade, a Warhawk, a new Batman Beyond, and most importantly, Old Bruce. I’d been waiting for that figure since 1999. Little did I know that it was going to be more than a year before I’d actually find one. 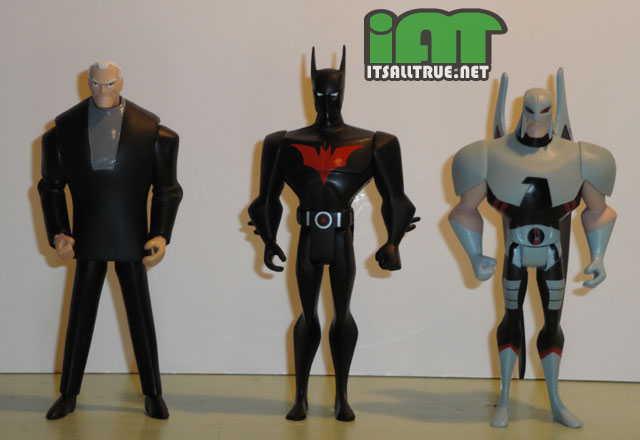 Justice League Unlimited is one of those toy lines that just won’t die. Why should it? With its simple style and almost endless character selection, this is one of the few DC toy lines that actually can appease hardcore fans and children alike. What other DC line offers Vibe and Wonder Pig? 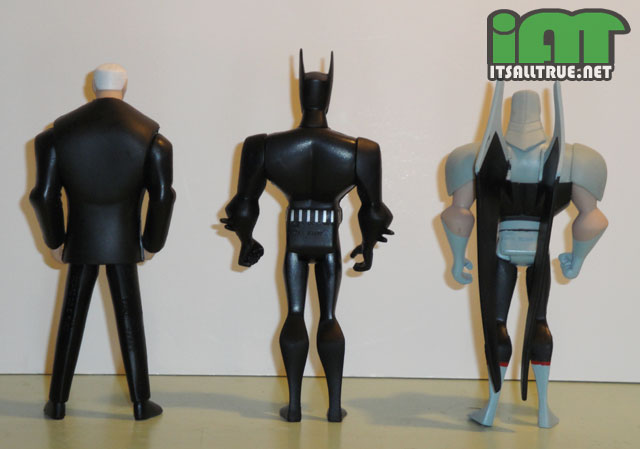 That’s not saying there aren’t problems with the line. The articulation is limited to the basic five joints: head, shoulders, and hips. Ever since Toybiz upped the articulation ante, a lot of collectors find it hard to settle for the basic 5 anymore. It’s kind of ironic, since most of us just stand them up on a shelf anyway. There’s also the continuous problem of lopsided and bending legs that have plagued the line since the beginning. But JLU fans are diehards, and they still clamor for the few animated figures that deserve to be made before the lines ninth life finally passes. 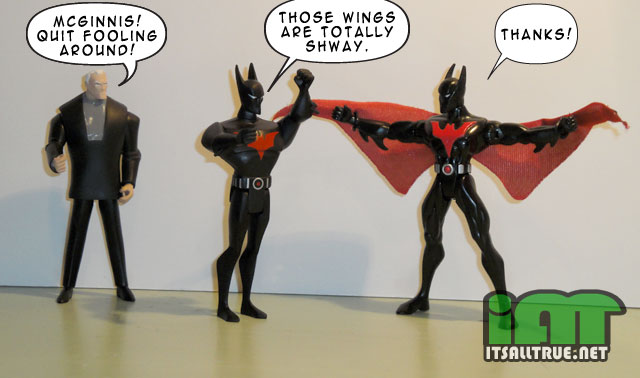 Which brings me to my review of my newest two JLU 3-packs: Batman Beyond (Bruce Wayne (old), Batman Beyond, and Warhawk) and the Secret Society (Cheetah, The Shade, and Prison Lex). These figures are a long time coming, literally. They should have been out the first quarter of 2009, but most Target’s were too full to receive new product. So they sat in warehouses, and waited. Eventually, the stock was sold to discount stores like Tuesday Morning, where I was finally able purchase mine. Continue to Page 2…