While I was busy being enraptured by the crazy speculation going on at the Org over the latest 2pk news, I left out some important updates from Matty via MattyCollector.Com regarding items on sale in March. And I may have to change out this Matty graphic. Since the forums have opened, all these updates are from MattyCollector.Com and not Facebook… 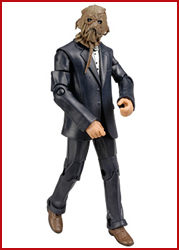 Our March 15th sale features MOTU figures hailing from earth and sky, plus a pair of rotten rogues! At press time, here’s what’s on the roster:

* – UPDATE: I e-mailed Toy Guru about the “all seven figures” mention here and he indicated to me that both Marys will be in the set for a total of eight figures.

Most of this had been known previously. Moss Man & Scarecrow are holding down their original dates while Stratos and DCUC12 are the recent additions. But there is an item missing: Walter Peck! Matty Twittered about his status today:

The Walter Peck figure from #Ghostbusters is moving to the 5/17 sale. He just wasn’t going to be ready in time to ship for the 3/15 sale.

And finally, there won’t be just one Moss Man on sale, but two… 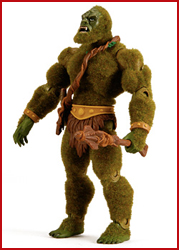 You overwhelmingly asked for the ears of Moss Man® to be unflocked and we listened… we stopped production of the flocked ear version, made a change, and Moss Man™ will forevermore have unflocked ears. Now, all 2010 Club Eternia™ subscribers will automatically get the version with unflocked ears as their March figure!

But because we produced a small quantity of flocked ears before making what’s called a “running change,” we will sell both the flocked-ear and unflocked-ear versions as separate items on March 15th. That means there will be two separate product pages, one with flocked ears and one with unflocked ears, so you’ll need to be careful that you order the one you want. Again, there’s just a small quantity of the flocked-ear version available, and we’re expecting them to go quickly.

Other than the flocking, the figures are identical. Both versions will have an evergreen fresh scent and an alternative 2002-inspired head designed by the Four Horsemen. Your chance at both happens right here at MattyCollector.com at 12:00 noon Eastern/9:00 am Pacific!

So, to sum up. Most things are according to plan, Walter Peck’s gonna be late, there’s a chase variant Moss Man, and subscribers get first dibs on the unflocked ones.

We’ll have the appropriate updates to our Matty Release Calendar and our MOTU Classics, DC Classics, and Ghostbusters Classics resource pages later tonight.