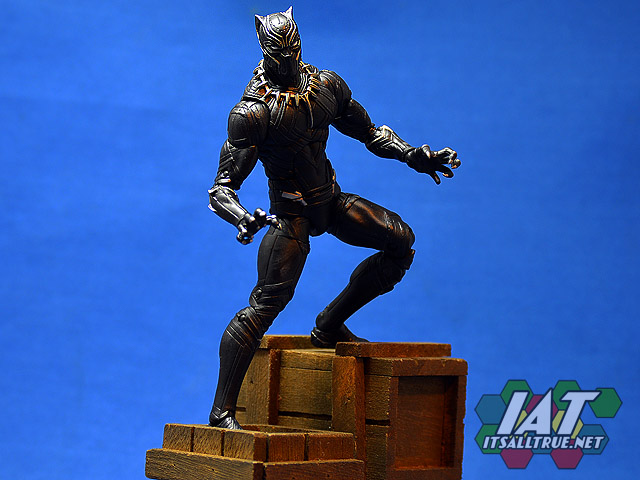 The articulation is what we’ve come to expect, though it’s not quite to the same standard. There are ball-joints at the neck, shoulders, wrists, hips, and inverted ankles; double hinges at the knees & elbows; swivels at the biceps, waist, and thighs; and the ab crunch. The missing standard is that the range isn’t there on all the joints. The hips are shorted like normal, but so is the neck on this figure. And worse still is the shoulders. Due to limited range, we’re just simply not going to be able to put his arms down to his sides. Icky.

In addition to the Giant-Man leg, T’Challa includes an unmasked head. It’s tough to ignore! I’ll need to see more of the actor, but I like the face sculpt and think it’s pretty accurate. The paint on mine is well done too so it just looks great overall. My natural inclination is to keep the masked head on, but the figure looks great with either head and makes it a tougher call than we’re normally used to having. 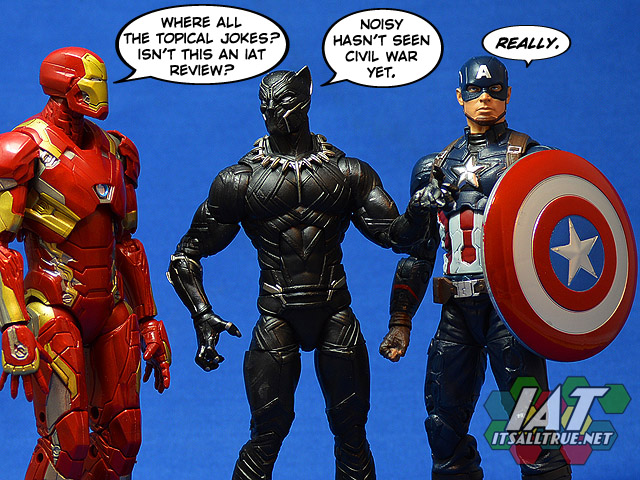 Overall, Black Panther is a fun figure. I’d like a little more range on the joints – he’s an acrobat characters, so I want him to move like the recent Spidey figures and he doesn’t quite. The sculpt is rock solid though with decent paint and a great unsmasked head accessory. I think he’s easily the star of the wave and if he’s as cool in the movie as everyone says… well, this might be a pretty in demand figure when all is said and done. I’m sure happy to have him already. Bring on Falcon, Hasbro! 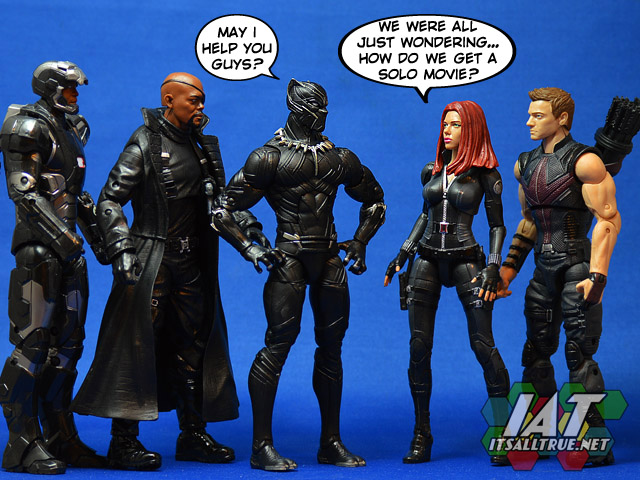 For all our Marvel Reviews, check out our Review Index.