“Pick on someone your own size!” – Ant-Man, Marvel’s Ant-Man.

Okay, so this one was a stretch. I gobbled up all the Funko offerings, the LEGO set, the Hasbro 6” & 4” offerings, and I intend to grab the Hot Toys and the Minimates. If I get crazy, I may look into Cosbabies & Artist Mix collections…

But a Titan Hero? I didn’t need that, did I? Well, it was just $10… and, getting it out of the box, as long as I don’t heaped only the right expectations on it, it’s actually kinda cool. 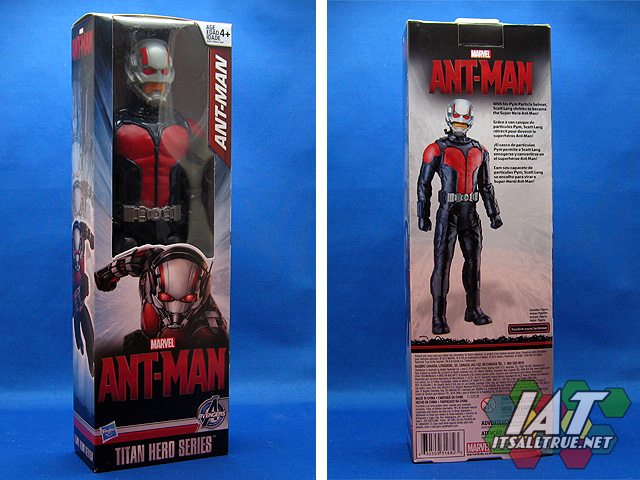 The sculpt itself is annoyingly good. The same details found on all the other various sizes are here and look great at this 12” scale. The costume is sharply designed and it shows even on the Titan Hero. The head sculpt does again include that visor down/mouth open look we saw on the Marvel Legend, but have yet to see in the trailers & teasers. It’s okay because I like how it looks, but I hope it’s a real thing from the movie at some point or I might start to notice. 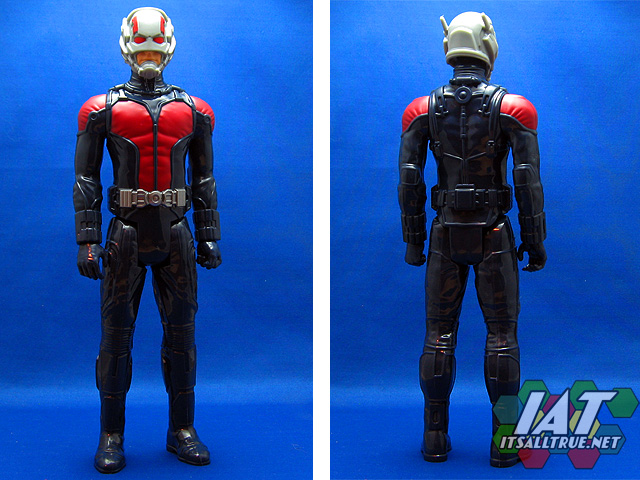 Articulation is severely limited, but we know that going in, so no biggie. There are five swivel joints at the neck, shoulder, and hips – I’m cool with that. It doesn’t do a whole lot, but I know that reducing pieces and articulation is the easiest way to get a figure down under a certain price point and 12” for $10 is pretty friendly. I’m not buying this to go crazy and pose – I pre-ordered a figure 23x more expensive for that just yesterday. My collector brain says there should be more, a ton more, but I have so much affinity for vintage figures that I imagine I wouldn’t have cared had I owned this twenty years ago. Well, thirty years ago… damn. 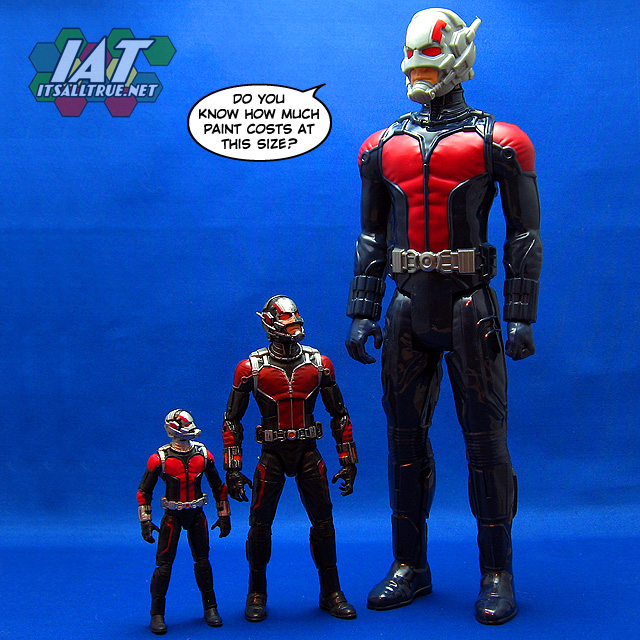 The paint though? The paint does kind of annoy me. I know I should feel the same towards the lack of paint as I do the lack of articulation, but it’s just not working out that way. There are so many great painted details on the 12” Ant-Man that it stinks Hasbro doesn’t have the time & budget to do him properly. And that’s without mentioning the figure is cast in dark blue and not black. Doh! I want to give that same $10 pass here, and maybe it’s just my lack of understanding how much stuff costs, but unpainted details must still trip something in my brain. 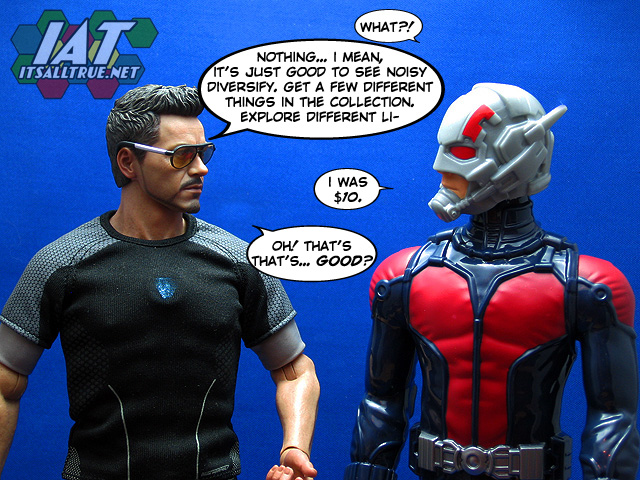 Overall, though I’m still glad I picked it up. The truth is that no toy we buy from Hasbro is really “Collector’s Grade”, but this one isn’t even trying to be and I can’t really rake it over the coals as if it were one. For $10, I’m honestly surprised that the individual sculpt is as good as it is; that it’s really just the strange blue plastic and the sad lack of paint that brings it down. Not all Titan Heroes are this nice – there are some messed up sculpts, wrong heads, etc.. Ant-Man seems to be a good compromise. The solid sculpt is there so it looks like a fun toy that anyone could enjoy, but in the hands of a customizer with a keen eye for painting details, this is a figure that could really come alive. If more Titan Heroes were like this, I’d probably have more than one.