My Marvel Select Ant-Man didn’t arrive on time, darn you FedEx!!!, so I’m having to switch reviews up a bit. Today’s review will quickly focus on LEGO set #76039 Ant-Man Final Battle. I was going to toss this one up on the weekend because the set contains spoilers – seriously, right on the box! Don’t scroll down! so stop now if you’re really intent on going to the movie cold. I say could, because I haven’t seen the movie yet, but I assume the LEGO set has given me a few more clues than I would’ve preferred. So I’m giving everybody an out right now! 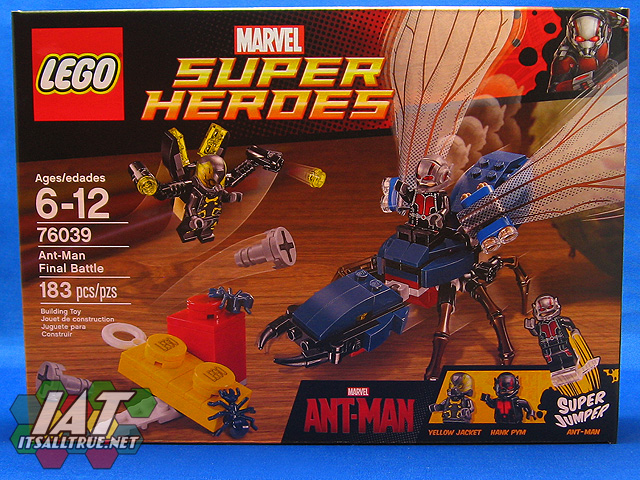 The set contains a few different highlights. The biggest part of the set is the ant. I personally don’t care a ton about this piece. I like LEGOs for big set pieces and the minifigures, so this big ol’ bug wasn’t really a selling point for me, but at $20 it feels like a good set and the Ant is cool. He’s articulated well with moving wings, head, and abdomen all having pretty good range. 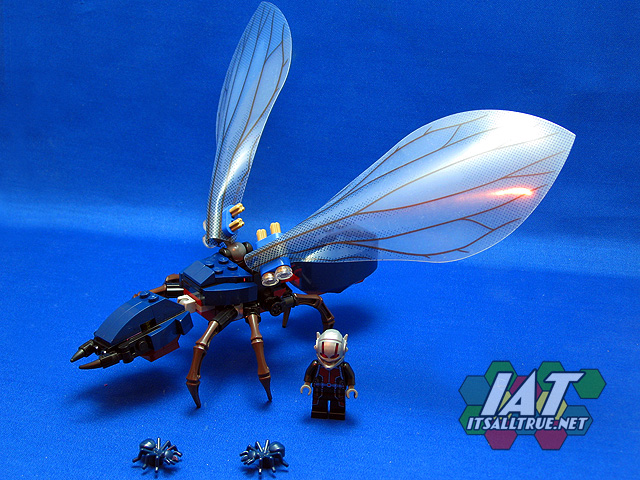 The legs can also rotate around, but are limited to that movement since they’re connected to the body via technic pieces. There are some other cool features, like the aforementioned wings being a thin plastic, the pincers opening and closing, and that there are more than a few spots for a figure to sit or stand so that’s cool. On the bug side of things, also included are two little ants for Ant-Man to team-up with. 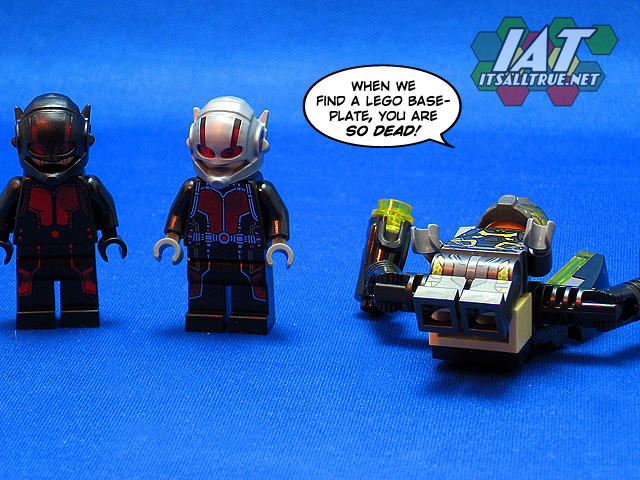 The main draw here for me though is the minifigures. Unlike Hasbro LEGO didn’t shy away from Yellowjacket (yay!)! Unfortunately, translating his design to LEGO was not free for complications. The design to build his harness out of LEGOs is really bulky and the weight just drags him down. He’s a cool figure with great tampos and a new helmet, but he’s gonna need something to stand on. I’ve been using the super jumper to get the job done. 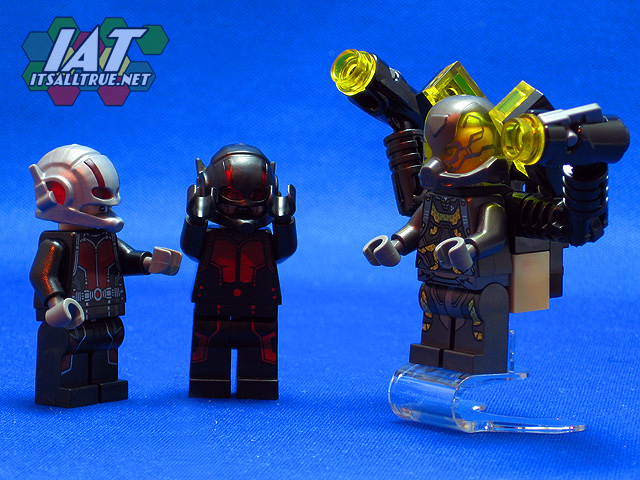 The set also included two Ant-Men. We have the basic figure which is my favorite part of the set. The suit looks great on the tampos and LEGO made a new and sharp looking helmet piece to get the minifigure just right. He looks great. Underneath the helmet, the LEGO head has two expressions: a basic Paul Rudd smile – I can see Rudd shaking his head yeah when I look at it and a confused/disconcerted expression which I think is also pretty great for the character. Easily the highlight of the set. Continue to Page 2…