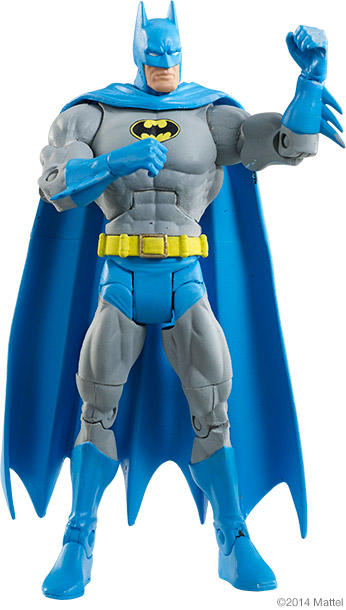 Did I die? Is this someone’s idea of a joke? Are there really… really going to be six more Super Powers figures in DC Universe Classics? I think I need to splash some water on my face.

Okay, I’m back. And I just kissed my wife for good measure. Super Powers is back! My excitement should come as no surprise. Surely, you’ve seen my DC Checklist – which I know desperately needs a 2014 update. I’ll get on that here soon. DCUC has been on a admittedly crummy run since DC & their New52 Relaunch strangled it back in 2011. (And make no mistake, friends, it was not Super Powers homages or Rainbow Lanterns that killed it, it was DC itself). The subscriptions were nice, but never much more than that. The SDCC exclusives dried up (Swamp Thing literally, is yours cracking yet?). 2013 was supposed to net us just a mere five figures more. The Doomsday that less of us wanted, an amazing Hook Aquaman, a Superboy whose head sculpt I can’t believe came from the same line as Aquaman’s, Ice, and our pal, lil’ Damian Wayne was going to take us out. 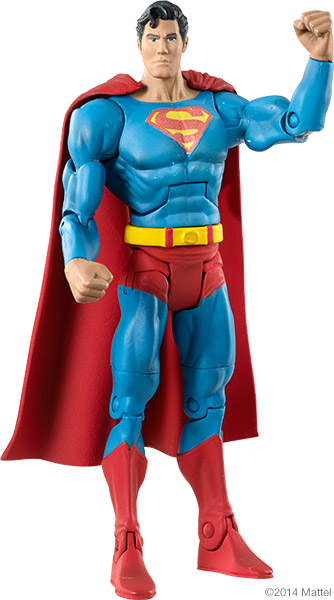 But wait! There’s more. A sendoff item of sorts was hinted at prior to Toy Fair. The logical assumption was a repaint, a capstone: a true Super Powers Superman. I’ve commented before that we really did need a better Superman (unfortunately so, I want more new characters dammit, but that is my no. 1 want) and it seemed like Mattel was going to answer.

I had no idea.

Today at 2pm local time, while I was at work in my mild-mannered, Midwest locale, Mattel rounded up all your favorite toy nerds and bloggers that could attend Toy Fair. They put them all in a room and while they held them captive, they beamed out pictures of the reveals to the rest of us. They must be fans of Armchair Coverage? Who knows. I clicked on the link that appeared and scrolled through MOTU reveals – awesome ones, too, I’ll get there later tonight. I was looking for my Carolina Blue Supes. I saw him! And then a Batman & Wonder Woman. A Gold Superman! A stupid Hal Jordan with lots of questions. Mxyzptlk! And they were all topped off by a Super Powers repaint of the BAF Kalibak.

After I picked my jaw up off the floor and realized my phone was lighting up with texts and PMs like crazy, I… well, I went back to work. I mean, my staff really didn’t much care, so I had to contain my excitement. 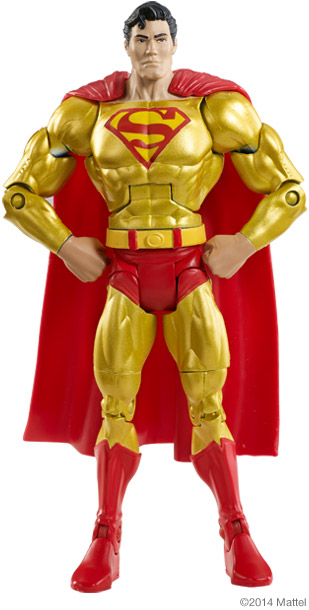 You’re all getting the short end of that stick now! Sorry! I’ve heard some complaints – there are valid ones, I’ll cover in a sec, but there are also one that I find difficult to entertain. This special release exists because of Super Powers. I don’t think for a second we would be getting a Total Justice sendoff, a Kirby sendoff, or a – god forbid – Geoff Johns send off (would you prefer all your favorite characters as dead action figures, or as their horrifically costumed replacements?). I think if Super Powers hadn’t been a big deal, and a big part of the line from day one, this wouldn’t even be happening. It’s not an “what could we have gotten instead” situation. If it were up to me, we’d keep trudging along and we’d get to each figure we want, so I do feel bad these guys aren’t good enough for everyone. 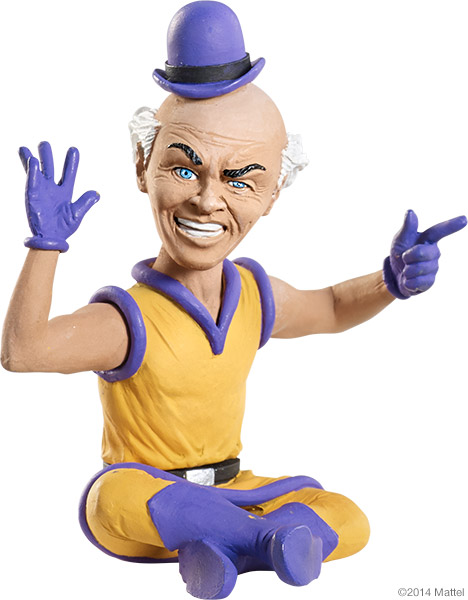 And while I’m in love with this whole thing, I can still nitpick it to death too. The price, $30 each, does feel high. It’s not that much higher than Day-of MOTUC’s $27 and we are getting a BAF part to counter the accessories, but there’s almost no new tooling here. I think that’s the only thing I’m a bit disappointed. I’m not a fan of the 4H’s Superman head sculpt, it’s not even their best Superman head sculpt. Kalibak could’ve used a new noggin’ too. For $30, I’d like to have seen more new tooling than just little Mr. Mxyzptlk.

And then there is, as always the character selection. Superman & Batman are locks. Wonder Woman probably should be too. WW & Bats will likely replace the ones I have on display now. And, as I’ve mentioned before, I don’t even have a classic Superman out because I don’t like any of the ones from before. This one is one new head sculpt away from being exactly what I wanted. Mxyzptlk is a great addition – I’m hoping for a flight stand (or alternate lower torso so he can stand with Bat-Mite, but I’m not holding my breath). Gold Superman is similarly outstanding. He was planned for the 50th Anniversary of Superman way back when and I loved it the first time I saw the plans for it. I’m excited again now.

And there’s the one I picked on earlier – Hal Jordan disguised as the Riddler. Produced by Pacipa in Argentina, Super Amigos featured a repaint of Hal Jordan as the Riddler. This is a cute & clever nod. While there are several foreign “additions” to the line, this Riddler has long stood out among them. He’s definitely a solid sixth choice – we weren’t going to get the new tooling needed for Kirby’s redesign of Orion. I don’t really need Shazam in all yellow (versus gold). The only other choice I could think of would be a Lex Luthor in his original powersuit (which was sculpted at debuted before the squared off one saw release). So, “Green Lantern as the Riddler” is a fun choice, even if it means I have to buy another damn Hal Jordan. Though, Matty, did you really have to emulate the crappy plastic used on the Riddler with the funky mismatched colors? I’ll be curious to see if my fellow Super Powers fans enjoy that choice. 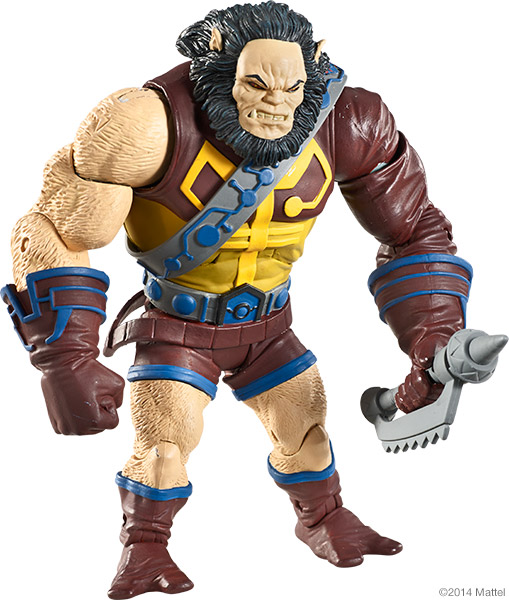 Finally, we get to Kalibak. No new noggin’ but I’m overjoyed all the same. This will be much closer to the one I wanted all along as he was the one Apokolips denizen who didn’t get the dual design treatment when the line was thriving back in ’09-10.

Wow! Can you believe I wrote a whole thousand words on just seven reveals? Can you believe you just read it (or maybe you were smart and skipped to the last paragraph.)? Look for these guys on Mattycollector in the fall, $30 each. The release dates suggest the plan is to release them wave style, three one month and the other three the next, so start saving up that $180 now! Heck, I might need to save up more than $180, did I mention they’re on Super Powers replica cards? I’m not for not opening toys, but I’d love to keep at least one of these carded. Hrm. At least I have half a year to save up!