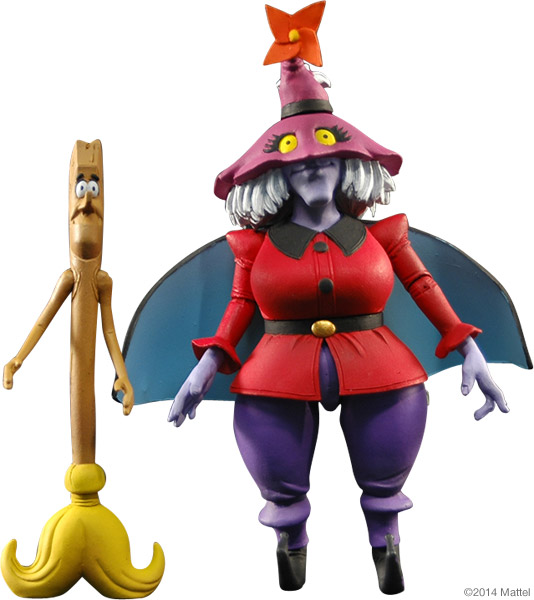 Well, I’m still a little out of breath from all that Super Powers typing, but I’ve at least got to put up a quick article about MOTU Classics before I head for bed (some moron scheduled himself to work eight days straight, right through Toy Fair weekend, and then travel to KC for a meeting on the ninth day – today is Day 5, if you’re counting at home).

As I mentioned in the Super Powers article, Mattel has gotten really good about making sure we all see their reveals as quickly as possible. They do this by taking out ace toy reporters into a room and distract them with all the reveals in person. Meanwhile, they upload their own pics and the rest of that can’t attend get to see them first (even this guy whose every plan to attend one somehow always falls through; my reason this time is great, I’ll tell you later). I tease Mattel, but this is honestly great for Armchair Coverage! So let’s get to it. 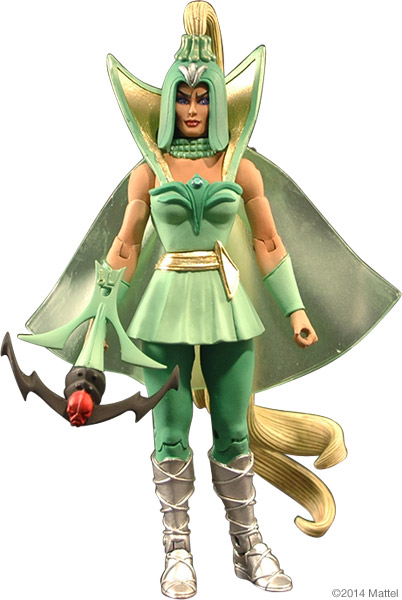 First off, let’s talk about the one thing Mattel didn’t reveal online – this BIG HONKIN’ SKELETOR (with He-Man arms, oops!). It looks like Mattel is eyeballing that sweet jumbo money being made by Star Wars & Gentle Giant. The little place cards indicate that this is still up in the air (remember Attitubes?), but I think this has a good chance of coming out. If the price is right *cough*, vintage MOTU fans would prolly love to pick these up (then maybe they’ll be distracted and we get some updates to the Classics figures… whee…). But, yeah, Mattel wants to know – would you buy those? And would you at least need them to have the right arms if you do? 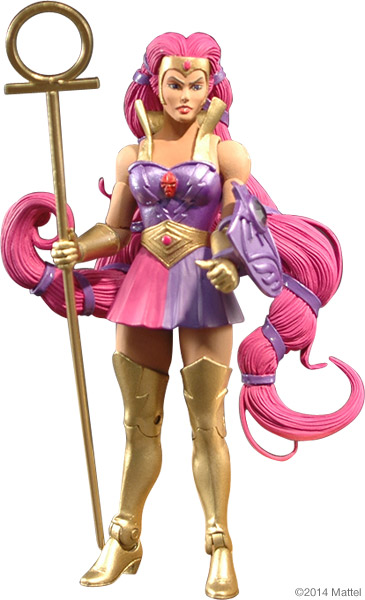 Moving on to the good stuff, Mattel officially announced the worst kept secret (at least since Funko’s Game of Thrones): Club… Etheria. 2014 will indeed again have a mini-sub that ships from July to August, this one focusing on and celebrating the 30th Anniversary of She-Ra: Princess of Power. Four reveals were shown, one teased, which is actually awesome. You can sign up knowing what five of the seven figures are! Here’s the line-up:

The line-up is solid so far. Double Trouble & Entrapta look great (I just hope Entrapta gets strong ankles for that hair, Octavia couldn’t pull it off). If you’re a Madam Razz fan, I bet you’re happy. Light Hope is the one that blows me away though. In the show, Light Hope is a wall of light that guards Crystal Castle and basically acts as that shows Sorceress. He never had physical form… until now! The figure is awesome – the clear body is neat, but there is tons of detail on the armor (see those Jumbo Vintage figures are distracting those guys already) and it’s all reminiscent of the Crystal Castle itself. (I hate to say it, but we really need Snake Mountain Man…). It’s a great figure and with the POP Ladies factored in, Club Etheria might just be the best mini-sub yet across all the brands. We just have to guess the last two: Mermista? Perfuma? Angella? Col. Blast? Dylamug? How mad would collectors get if this is where Dragstor ended up in Club Etheria next December?

On the Club Eternia side of things, we already have the line-up through August, so I wasn’t expecting too many reveals and Mattel kept to that, revealing only one, but it did just happen to be my Most Wanted (damn, why did we never make a Wanted poster for him, internet? Fail!): Rio Blast! 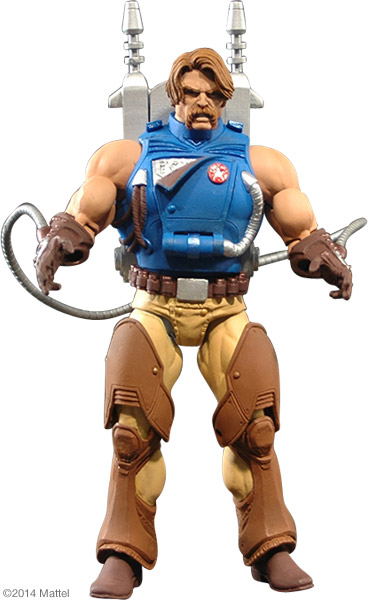 Like Light Hope, I was super happy to see how well done he was. The 4H proto is already really bulky, so I shudder to think what Mattel design will do to him, but he looks sharp. I love the ruffled hair replacing the classic “shell” cut. And the design seems to be handled smartly so far – the necessary panels flip open and it looks you add the weapons to them afterwards. I’m okay with that, but I want us all to take a moment and send our good thoughts into Mattel’s in-house engineers and give them the power to not mess up the aesthetics. They can do it, but we have to believe!! Did I mention Rio looks awesome? Who needs 2015! (I keed, I keed).

With Rio Blast headlining September, we’re left with just a few unknowns. The Oct, Nov, & Dec figures (one of which will likely be Eldor based on the Club Eternia Sneak Peak – Mattel just up a picture of a book, but the photo is labeled Eldor – maybe they’re trying to throw us off?). Anyway, the last three monthly figures, the last quarterly item (priced at $38), and the year-end item (priced at $35). With what we already have in the pipeline, 2014 is shaping up to be a pretty great sub year. 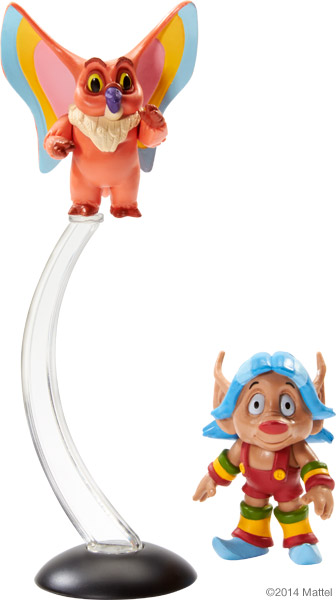 Also officially revealed was the Kowl & Loo-Kee “2pk”. This set features Kowl in cartoon colors while Loo-Kee is bringing his usual annoyance to the table – see, this is 2014’s “CHASE” figure. Why Toy Guru thinks missing this figure every month as it randomly sells out in 5 minute bursts is “FUN” and then pay extra shipping for a single item, I don’t know. Maybe he should only be able to get one if he to try and log in and catch it like we do? Things are a little better this year for Subscribers as, unlike Hordak, Loo-Kee & Kowl along with Goat-Man will be available for a very narrow time in April’s Early Access. I hope to get them then, but if I don’t, hopefully you brilliant readers will keep ol’ Noisy in mind if you’re ordering one.

Finally, Mattel revealed the next two Mini 2pks, set #3 and #4. I’m in trouble. I said that the only two I’d really want were Faker & Scareglow and Matty is out to take me down! I want, I need, to order these two sets. I even get a swanky Man-At-Arms & (yay, I guess) Stratos (who comes with more accessories than his Clsasics figure did). But that means I will have two of the six Castle Grayksull parts. UGH! The urge to try and order the He-Man & Mer-Man pack tomorrow is strong? The He-Man & Skelly are Battle-Armored at least. And Moss Man is in the mix. And I don’t have the first two that are infuriatingly not in scale with these new ones… Does Mattel know I’m working on “No Toy February”? Jerks. 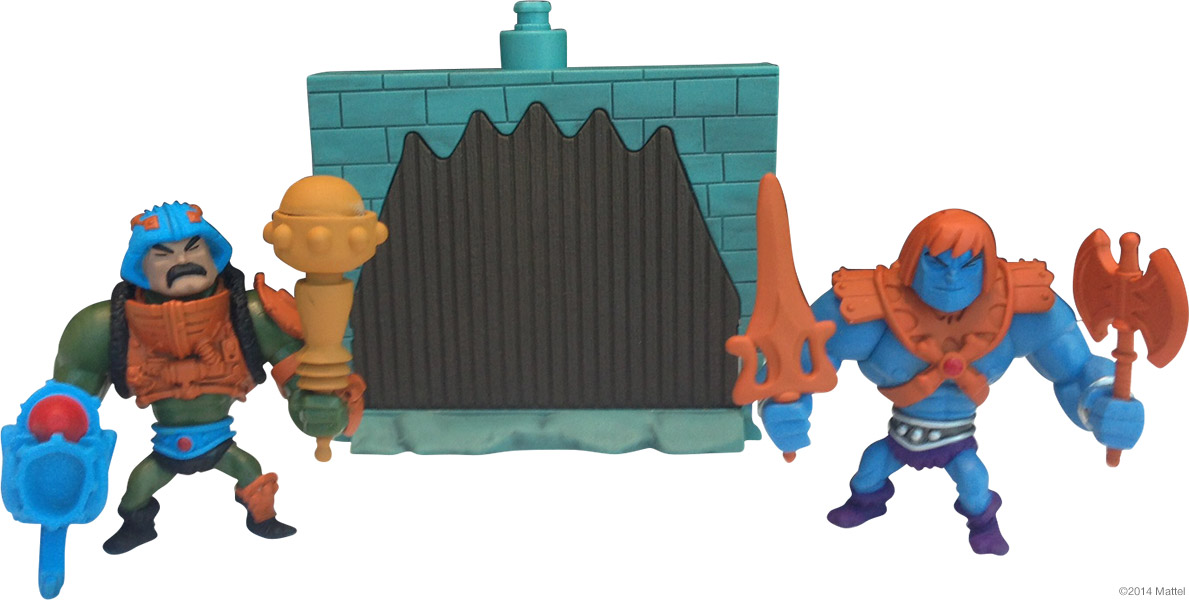 Overall, it was a solid Mattel outing I think. Better than some years past. I haven’t looked to gauge reaction, I’m still on my Super Powers high and am too fragile for toy forums, but I think Rio Blast should soothe the souls of the vintage fans and a POP sub should ease those minds as well. Oh wait, there’s still the little matter of chase Loo-Kee. Yep, no forums for me tonight!