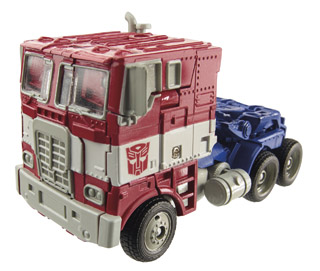 The big news for Transformers is that it will now following the Star Wars trend of splitting the collector’s market from the kids market. We’ve come to such a strange place these last few years haven’t we? Remember when it used to be that colectors were just one small part of the group and companies couldn’t afford to cater to us without keeping kids in mind? It’s crazy to think about now. Has the collector really market grown? Doesn’t seem like it. Have the kids really just left in droves? Probably? Where we will be in just a few years? Like I said, crazy to think about.

With Hasbro putting their Star Wars dichotomy plan into Transformers. The good thing is collectors are at least in store for a short term (and maybe long term) gain. The kids are too – plus, we all know some of us will want to collect those. The easy-transform stuff has some stinkers, but there are maybe some neat toys mixed in (we love all kinds here at IAT, okay) and, if nothing else, I bet some of the flip-open Transformers will have great engineering. 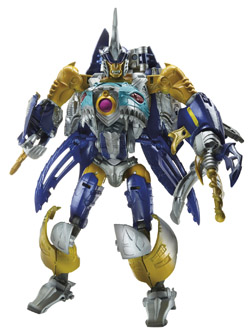 As for me, well, it’s honestly tough for me to stay engaged on the Transformers front – I’m just not interested in movie toys for one. And if we’re really going to get “all G1 up in here” well, Masterpiece is quite nice if you’ve got the money. Still there are plenty of interesting pics to look at in the galleries below. Some of the movie designs are interesting, and then there are some cool, classic/IDW-inspired figures like Gears or the tiny, lil’ Acid Storm (I know, I don’t care! lol), Nighbeat, Roadbuster, and of course that beautiful Leader Scale Jetfire. It looks gorgeous. It looks to possibly be considered in-scale with MP. I mean… I don’t know. He may lure me in, but for the most part, Takara’s got my TF money locked up for right now. I still love the direction Hasbro is going on the collector stuff all the same. Kre-O still growing strong too, though I’m starting to recognize less and less of them?

Finally , I did crack up seeing Skybyte! I have his old, original figure somewhere chroming it up in my garage. I don’t recall much about the character, but I do get a chuckle from him being cool enough (or old enough… eek!) for Hasbro to come back around to. That’s funny. 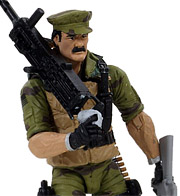 G.I. Joe thankfully, thankfully, had 50th Anniversary Product. And it kicks ass! Some great 2pks & 3pks (though I don’t always want them all) and some fun vehicle reissues. I’m loving the and the Arctic B.A.T., but you know me and my obscure likes? I’m excited to finally get a good Leatherneck in the 3pk with Destro (who ain’t half bad either). By the way, Hasbro, fix Wet-Suit next! Check out Hasbro’s Press Release at Hisstank.

G.I. Joe is also still pulling down some great Kreons. Mike Power, Atomic Man was probably my personal favorite – but Nunchuk!!! of course makes me smile. Wet-Suit, Footloose, and hey, even Nemesis Enforcer if you’re into that sort of thing and love block figures! The big set was a good surprise the Terror Drome! If I had room for Lego-type stuff and just loved Joes above all else, these Kreons would be amazing. That said, I will own Bazooka and his Fudgee Bar, yes I will. 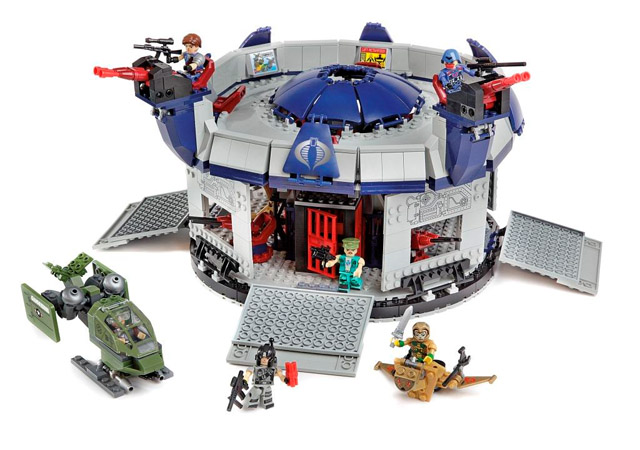