For the last sixteen years, there has been some version of the Power Rangers on the airwaves, and for the last sixteen years there has been a toy line to accompany it. When a toy line runs for that long, there are bound to be issues. Over the years, different characters were made while others were left out. There’s been a plethora of body types and different scales – making it hard to cobble together a single collection of all the different teams. Until, Bandai finally caught on. Under the title of “Super Legends” and coming on a distinctly retro-green colored card, these chase figures allow Power Ranger fans to start putting together teams of toys from our childhood.

The Super Samurai Green Ranger comes to us from Power Rangers: Ninja Storm. Cameron Watanabe is the son of Kanoi Watanabe, the Sensei to the Ninja Rangers. At the beginning of the Ninja Storm series he is not a ranger, but after going back in time he retrieves a family heirloom which allows him the power to morph. 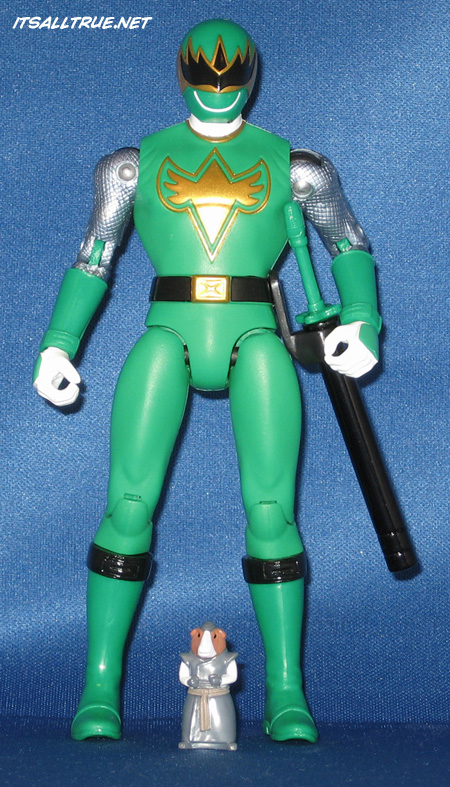 All modern Power Ranger figures pretty much have the same body. It’s Bandai’s version of a “buck”, and it works pretty well for the most part. The Green Ranger here is no different. Swivel joint for the neck, ball joint shoulders, hinged elbows, swivel wrists, ball joint thighs, hinged knees, and for some reason instead of giving them an ankle joint they are given swivel calves. This gives all their figures a pretty good range of movement, but I really find those swivel calves a poor substitute for a good ankle joint. 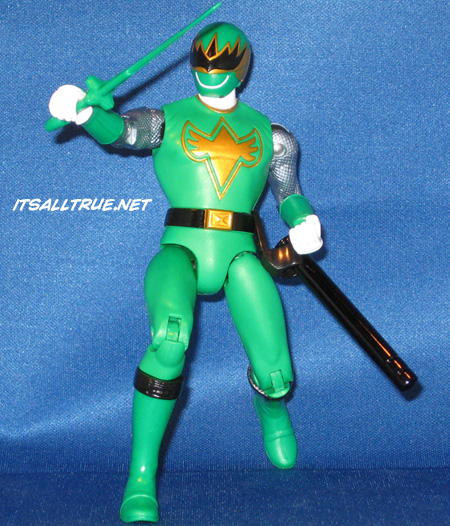 There aren’t any problems with the few paint apps present. Most of his body is molded in green plastic and his upper arms are molded gray. This just leaves the few spots where they had to fill in the white, gold, and black. There’s no paint slop or missed applications, something I’ve come to notice Bandai is pretty consistent with on all their Rangers toys. This is kind of annoying. Not because of Bandai, but because of other companies that don’t do as well. 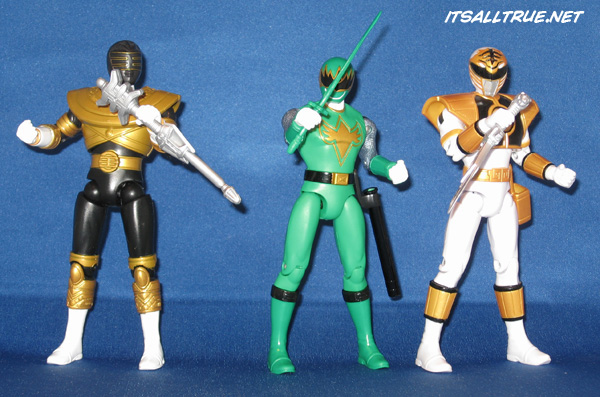 This leads me to the price. You can go out right now and pick up a Power Ranger for about seven dollars. They have decent articulation, great paint jobs, and usually an accessory or two. Marvel Legends, DC Classics, MOTU Classics will all run you at least twice as much and you’d be lucky to get any accessory and such a good paint job. This is a really sore subject for me on MOTU Classics, which are twenty dollars plus shipping, and consistently seem to have some sort of slop problems with the paint. Sure makes me wish I only liked Power Rangers. 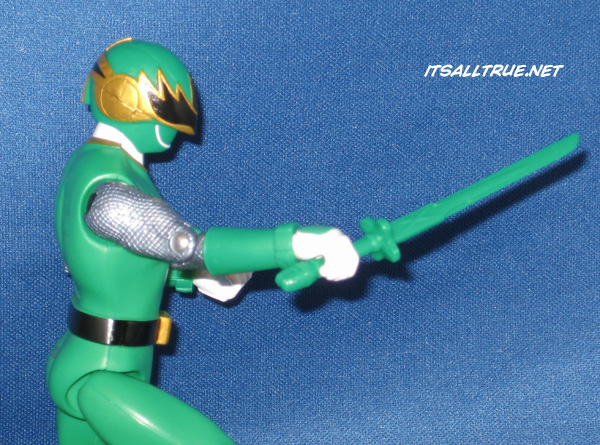 Last but not least for our green guy are the accessories. He comes with three, technically. But, I’m going to count the third as more of a pack-in than accessory. First is his sword, which is molded green and not painted. It’s made of soft plastic so it can bend, but it does also retain its shape very well. There’s also his scabbard which is made of hard plastic and can hold the sword. The scabbard attaches to his belt with a square peg and there’s a swivel which allows for it to be positioned back or forth to keep it from hindering the articulation. 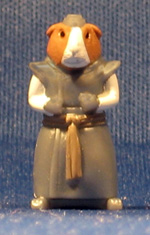 Now, I have to be honest with you. I’m not the biggest fan of the Ninja Storm series. There’s nothing wrong with it per se, it just never really grabbed my attention like some of the other series have. So when I first saw this guy at the store, I didn’t really care so much. At least, not until I saw what came with him. Kanoi Watanabe is the Sensei of the Wind Ninja Academy, teacher of the Ninja Storm rangers, and father of Cameron, the green ranger. Pretty fancy for a guinea pig. He wasn’t always a guinea pig though; the main villain turned him into one. But don’t worry; he gets turned back into a human by the end of the series. Hope I didn’t spoil it for anyone.

Sensei is one solid piece of gray and has no articulation. I do give him credit though because he can stand on his own, and he’s mostly to scale with the regular figures. The paint aps on his head, arms, and belt are really good. There’s no slop for such a small piece. The only bad thing about him for collectors is that Bandai is only going to include him with the Super Samurai Green Ranger. So if you really wanted the Sensei, or wanted to just complete the team, you’ll have to buy this figure.

The Super Legends figures are chase figures, only one per case. So if you want one, you will have to hunt for them. Other than that, they are well worth owning. It’s definitely nice to be able to combine the different teams seamlessly. There’s some really good quality control here, and for the price of what a toy used to cost eight years ago, you can’t beat that. 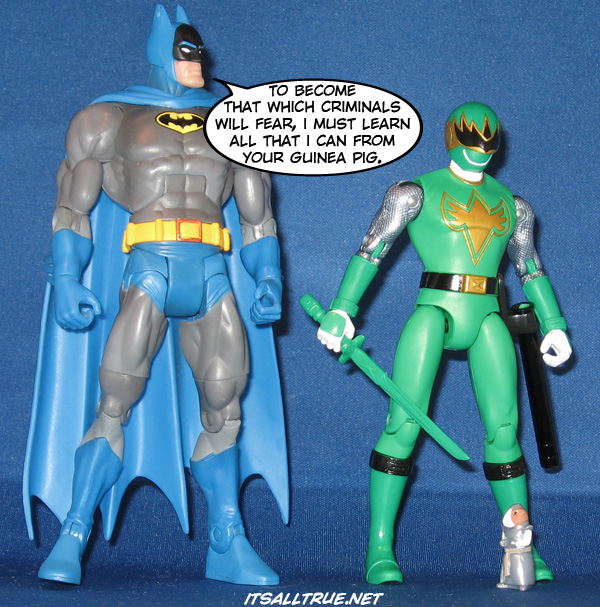