The FansProject DX Armored Battalion Holiday Editions were on my radar for awhile, but I wasn’t sure I needed it in my collection. Mostly due to it being a set, I really wanted one, kinda of wanted another, and didn’t much care about the third. When it sold out, I was okay not having it. Then they came back…

I never had any of the Deluxe Insecticons as a kid. Heck, I only had Bombshell and he was lost in The Great Flood™. Over the years, I’ve thought about picking up the G1 Insecticons in reissue form, but I never seemed to have the money when they popped up. I tempted to go check eBay right… now… (No! Focus!) Anyway, the Insecticons were kinda like the Dinobots (and a few other select characters) in that, even if you didn’t have them, they stuck out to you. You knew about them. You might’ve known (& been jealous) of some other kid that had them. 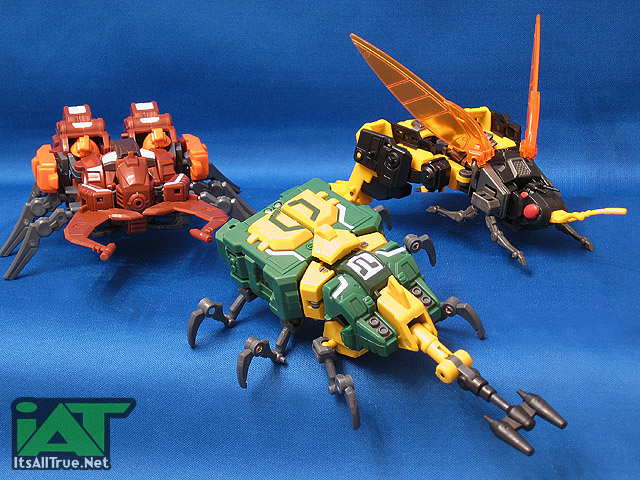 Well, you knew about three of them anyway. Or at least I did. While the original Insecticon trio was an iconic part of Transformers in my childhood, the other four weren’t even on the radar. I remember seeing them in the checklists with their “sophisticated” transformations, but I remember having some prejudice against later 80s Transformers back then – the more mostly solid-colored, blocky figures like Whirl, Quickswitch, and those Deluxe Insecticons just didn’t much appeal to me (Bring on G.I. Joe!!). 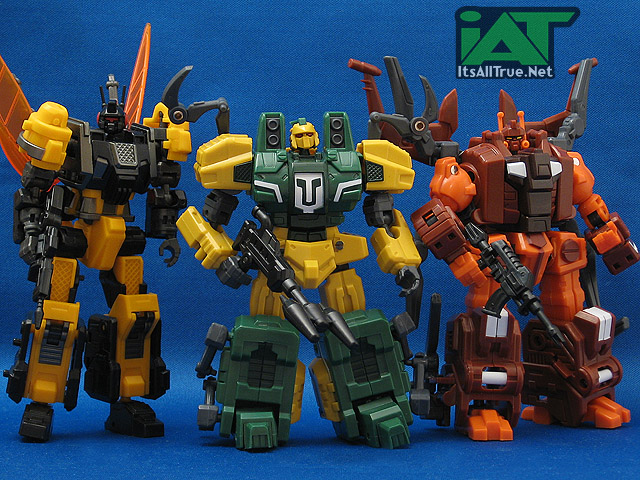 It didn’t help that you never saw the other four Insecticons anywhere. And it turns out that there might have been a very good reason for that, the four deluxe Insecticons (Barrage, Chop Shop, Ransack & Venom) were licensed from Takatoku Toys (later bought by Bandai), not Takara. This wasn’t that abnormal back then, a lot of Asian lines were melded together to make Transformers – Jetfire himself was a Takatoku Toy. But while Jetfire had a lot of time and energy spent on getting him in the media and distancing himself from the toy, that didn’t happen for the Deluxe Insecticons. In fact, if I didn’t have a huge affinity for those old Transformers Checklists, I probably wouldn’t even remember them at all. 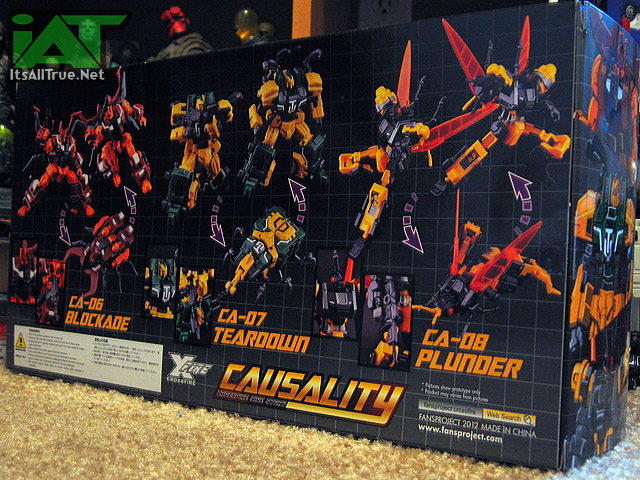 Enter FansProject. In 2011, they released three new figures that represented updated versions of the initial three Insecticons: Stormbomb, Backfiery, & Thundershred. I completely missed those that year, but in 2012, they offered an exclusive 3-pack through TFSource that took those three molds, added some new pieces, and changed their colors to homage three of the four Deluxe Insecticons (Sorry, Venom, you’re sorely missed).

Now, based on everything I’ve just said, you might be asking – why did he buy these? Well, I can’t exactly say why at the outset. 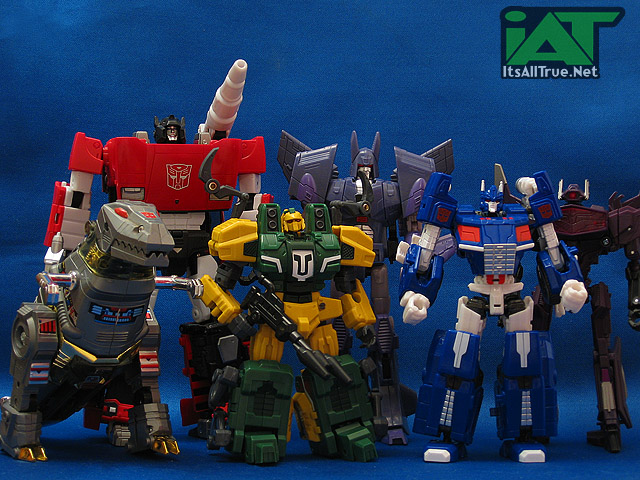 There was just something about this set that leapt out at me, particularly Teardown (the repaint of Stormbomb that homages not-Barrage… do try to keep up…). The bright colors, once something I disliked, looked awesome. The old fondness for Bombshell probably carried over somewhat too. I’m not sure, but either way. I really wanted him, but I refrained from buying the set. I thought I’d be okay without it, but then it sold out. I was a lot more bummed than I thought. I patrolled eBay looking for someone selling Teardown separately, but had little luck. And the secondhand price for the set certainly wasn’t going to get me when the original price did not. I figured I’d just go without. So be it.

But then TFSource got more back in stock! And, it’s well-established here at IAT that I’m a sucker. I didn’t want to miss them again. Since they were exclusive, it was my first order from TFSource and it was pretty fantastic – they really aren’t kidding about bulletproof packaging by the way. Everything got to me quickly, and I’ve purchased from them twice since. Continue to Page 2…