Included with the stand are Scareglow’s halberd, Whiplash’s spear, Webstor’s rifle, the small pistol & sword that came with Man-At-Arms, Buzz-Off’s axe, and the shield, long axe, & non-viney mace that came with the Eternian Palace Guards. 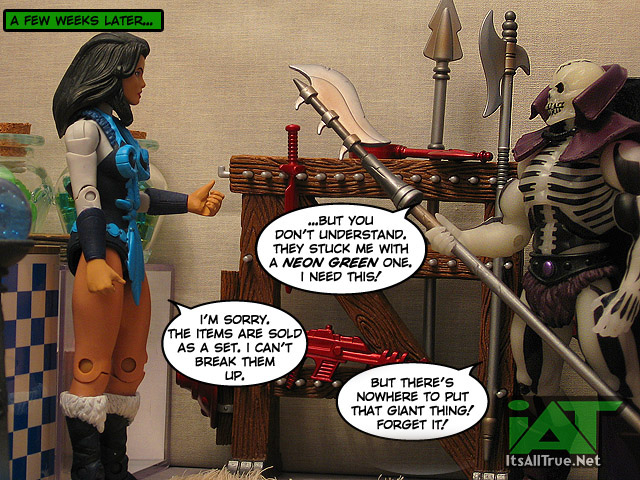 When the stand initially debuted, the nine weapons were a matching set of silver with a slight tint of rust from lack of use. It looked awesome in the one image we saw before Mattel changed it, making five of the weapons in metallic red. This had a purpose – a Classics reiteration of what’s colloquially referred to as “Man-E-Weapons”, a Man-E-Faces figure that was packaged with five additional weapons. Honestly, I love having them in metallic red. They look cool, but I do lament not having the full set in that slightly rusted deco. I wouldn’t be opposed to them showing up in future weapons paks. 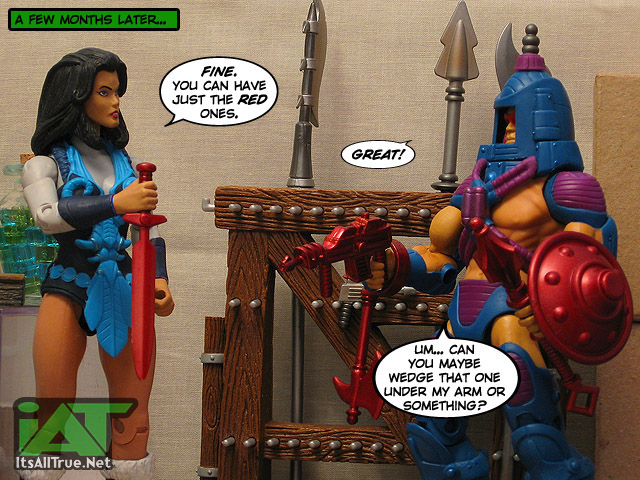 Overall, the Weapons Rack is a really well crafted piece, but, when it was released back in 2011, it ended up having one of the slowest sellout times of anything that year. In fact, it’s one of only a handful of items to take longer than a week to sell-out. It could just be that Mattel made a ton of them, but it seems this piece didn’t light the fire under collector’s feet as much as Mattel had hoped. Of course, that might be a different story today. If the Castle is on its way, I can’t think of too many people who would want it and not want the weapons rack to put inside it. I may not have thought much of it when it was released, but it could just be the line’s sleeper item in just a few hours. 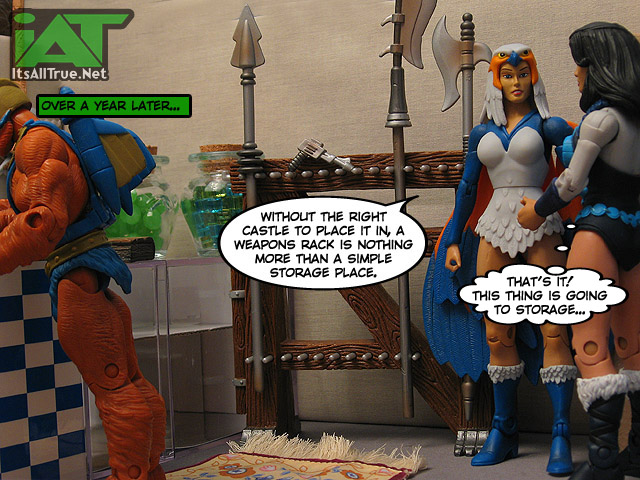 For the latest updates on Castle Grayskull check out
CastleGrayskull.Info! 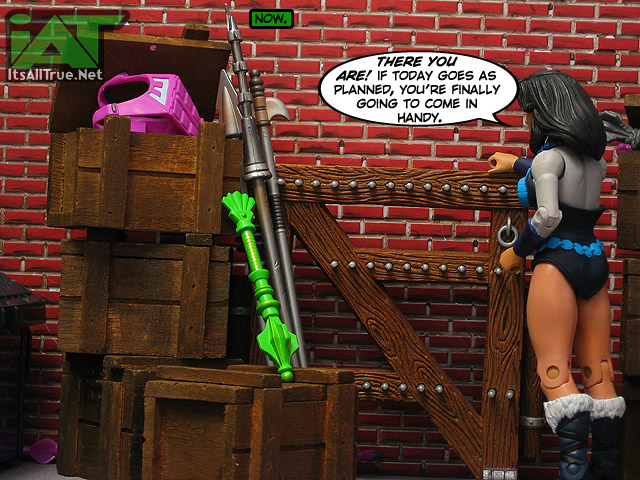