It’s been a few weeks since I’ve reviewed a MOTU Classics. All told, Sir Laser Lot should be the next up for review, but I’m not much in the mood for laser knights as I write this. I can’t escape the primary colors of red & blue though, as I’ll be taking a look at Mekaneck instead.

Mekaneck was one of the few announcements that surprised me this year. I knew that Stinkor’s armor foretold of his arrival, but I just knew we’d see Ram Man early in 2013. And with Ram Man seeming imminent, Mekaneck seemed like the next best guy for Mattel to hold off on. All the shouting and whining that elevated Ram Man’s demand well beyond his status would easily transfer to our neck-extending friend here. But Mattel didn’t go that route. It still strikes me as odd. 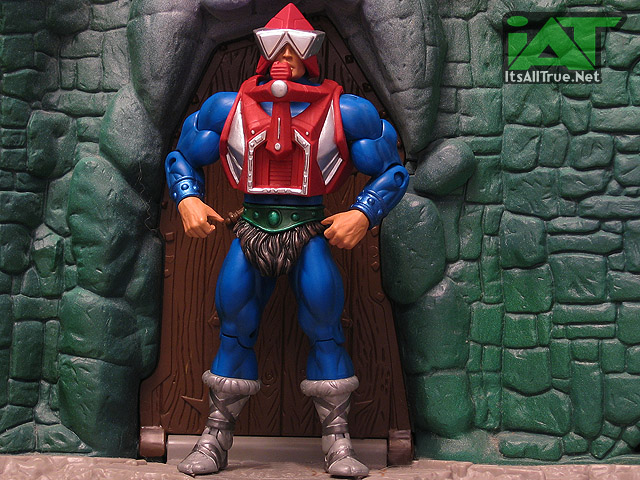 On the one hand, Mekaneck’s simplicity appeals to me. He’s basically a straight vintage update. There’s not a hint of MO2K anywhere on him. The only change to him was the decision to give him matching bracers instead of the unique He-Man brace on his left arm (you can see Count Marzo sporting it on page 2). I have no opinion on that particular change, but I do find myself wishing Mekaneck had a more “tech” feel to him.

Personally, I blame Snake Man-At-Arms for this. That was a figure I didn’t even know I wanted and yet it gave me an essentially perfect Man-At-Arms figure. It will never happen, but I am not opposed to a Snake Mekaneck if only to get a tech-y body that will let me assemble a new, cooler Mekaneck. This figure is okay, that figure might be cooler. 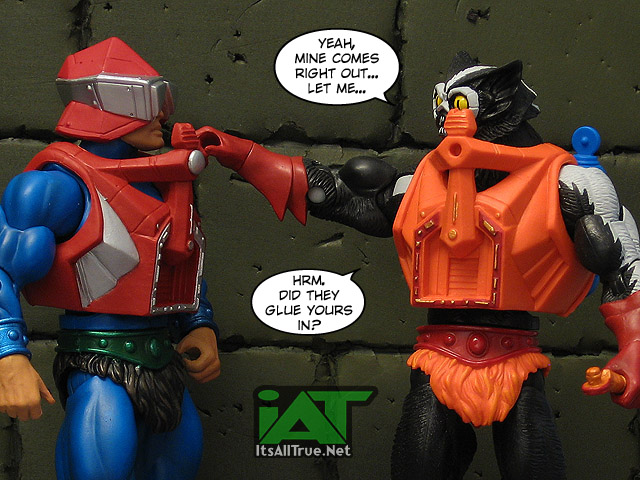 In his “neck retracted” configuration, Mekaneck is about as basic as a figure gets. The standard body with armor swiped from Stinkor. The only new piece is the head which has caused some consternation. As is, the goggles on the helmet don’t line up with his eyes. I could see it being distracting, but I look at Mek like I do Tri-Klops; his eyes are gone, cybernetically replaced by whatever’s in the helmet.

The armor Stinkor borrowed in the vintage line is given back to Mek here, and it gets the job done. I was a little disappointed that the silver plug at the top was glued in (it was swappable on Stinkor for a bit of MO2Kness). This is one of those things that some folks see as an unfair complaint, but I would’ve had more fun with the figure if I could’ve swapped in Stinkor’s red plug or even the small tank. It’s completely unnecessary, I know, but then so was the glue Mattel paid for to ensure I couldn’t do it too. 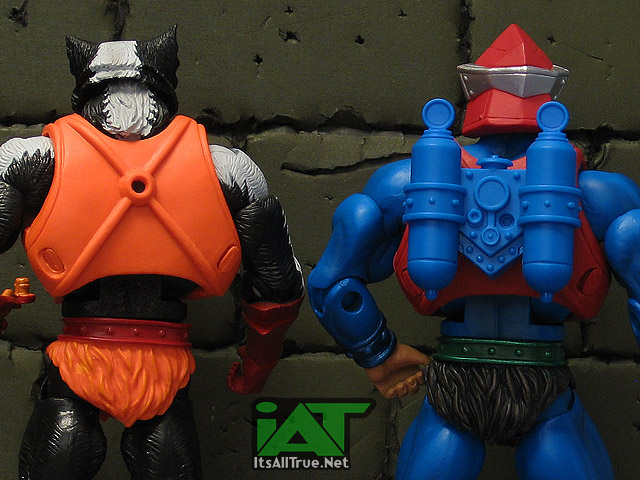 I also think the back of the armor had something to offer too. I know Mek has nothing that needs to be back there, but why not take advantage of the socket and make a piece that would hold the club? Or, to harp on the lack of details, why not a piece similar to the back of the MO2K figure that would add a little tech to better explain his neck? I know I keep going back to that, but the basic figure just screams to me for something, something extra to have been done with him. 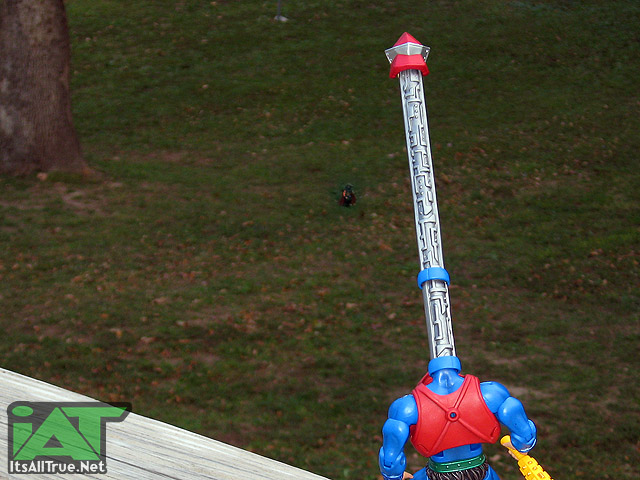 Now, I know this is where you tell me something was done – the neck extensions. I do agree the two neck extensions (5” & 2”) are awesome. I love the design and I love that they can be stacked (though Mattel could’ve saved some deco $ and not pained the collar blue). They really do add to the figure, particularly because the extensions still work with the ball-joint on the neck. In a giant display with all the big ticket items, the combined extensions ensure Mekaneck can be a stand out on the shelf. The sculpted detail on them is probably my favorite part of the figure – and probably why I wish it was translated to anywhere else on the sculpt. Continue to Page 2