Admittedly, I’m not the biggest Snakemen fan. In fact, I can’t even recall having a single Snakeman as a kid. I picked up all the MO2K Snakemen, but they didn’t do much to convince me. I’ve been hoping that Classics could warm my opinion of these cold-blooded villains.

Well, I shouldn’t say I didn’t have any Snakemen as a kid; I absolutely love Kobra Khan. He’s still one of my favorite vintage figures, I’m still bummed that I couldn’t get him in staction form, and his Classics figure will be forever in my Top 5. But… Kobra Khan has never really been a Snakeman in my eyes. He’s always been in service of Skeletor if you ask me and that really hasn’t changed over the years despite the various canons. 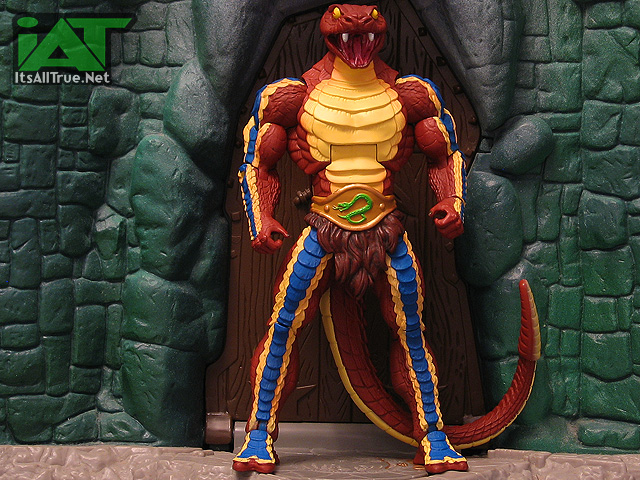 Anyway, with Kobra Khan out on a technicality, Classics hasn’t had much to go on. King Hssss has never really won me over. Snake MAA was quickly cannibalized into the greatest Man-At-Arms figure ever. The Snakemen 2pk is probably the best addition to the Snakemen ranks, but I wanted more from that set. And Rattlor? Well, he’s really the closest the Snakemen have come to being cool for me. 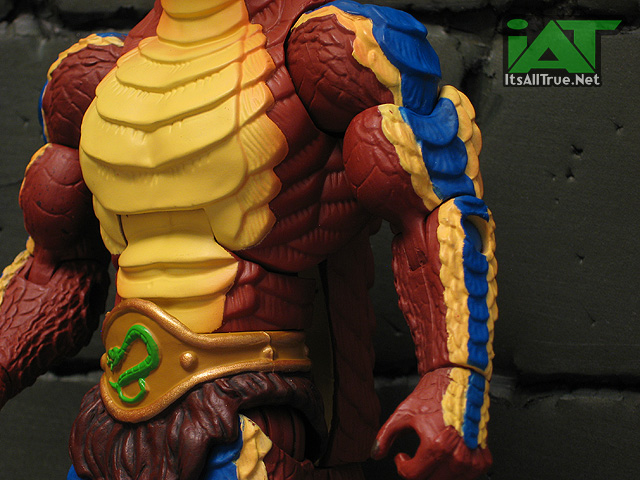 The overall sculpt, shared with its “pre-paint” in the Snakemen 2pk is damn impressive. I look at the body of the figure and I kinda find myself cursing how much shared tooling the line needs to stay healthy. Toy Guru often talks about this being the greatest iteration of MOTU in figure form – that’s debatable, but if more figures could feature this much “unique” sculpting, it’d be a much simpler debate. The scale work is fantastic; there’s ton of detail all over the figure. It’s sharp. The new loin cloth with the snake belt looks good. The tail is good. There’s a lot to like on this sculpt. 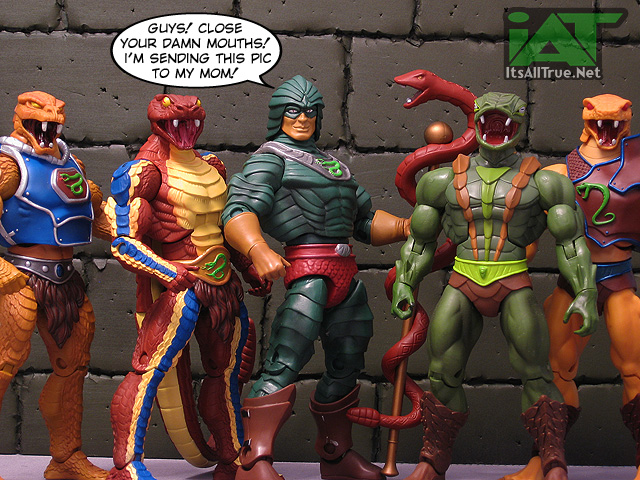 But the head drives me nuts. Partially, it’s the open mouth. Years ago when one of my all-time favorite DC characters, Firestorm, was getting a screaming sculpt – the internet chatter got a little loud and the 4H grabbed things by the reigns and resculpted it. I have forever been grateful to them for that (and for many other things since), but it really saved one of my most wanted figures. I’m just not into open mouth sculpts (this might explain why Snakemen figures are a hard sell for me). The Snakemen as a group just look like they’re going “Wasssssuppp!” all the time. I don’t know that I would’ve wanted tooling money wasted on a closed-mouth head or a hinged jaw, but I know I’d like Rattlor better if I could shut his mouth once in awhile. 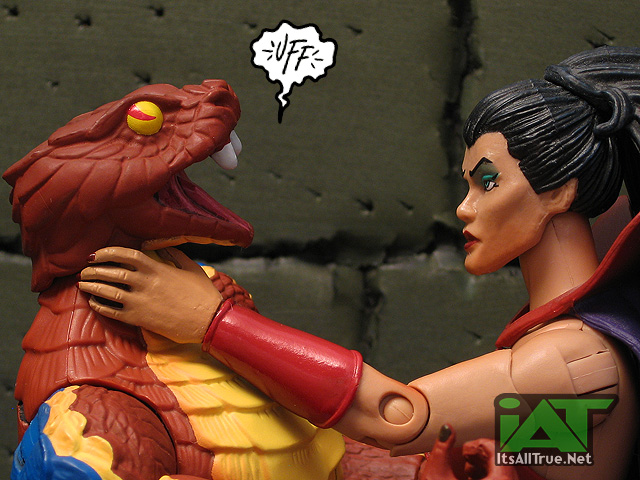 This is particularly true when combined with the paint. The way the eyes are painted I can only ever see him like his eyes are bugging out as he’s being strangled or like he’s waiting for praise after a bad pun. Either way, what it’s not is scary. Now, I don’t need a creepy Geiger-esque McFarlane Snakemen (but we all know the 4H could do it!) – that wouldn’t fit in with the line, but it’d be nice if this right-hand snakeman could look like a credible threat. His tail rattles, that’s menacing and all, but Rattlor should make some of the Heroic Masters mess their furry shorts. This head sculpt isn’t that. 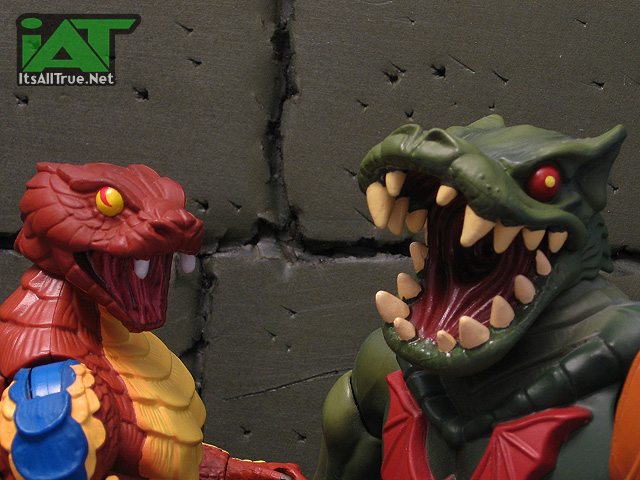 The rest of the paint work, other than being marred by the black plastic underneath (which does show through in some areas), is spectacular. It works in tandem with the sculpt to sell the figure. The color palette for Rattlor has always been fantastic and the intricate paint work on the Classics figure takes it to a new level. Continue to Page 2…