Today, well tonight now, I’m taking a look at the figures in the Outer Space Men Four Horsemen Cosmic Creators Wave One, Megamorpho & Neonautilus. I know it sounds like a lot of proper nouns all strung together, so let’s focus on the key words: cool toys, great sculpts, bright colors.

A lot of new Outer Space Men cropped up over the summer. The new SDCC exclusive Alpha Phase editions of Wave 5 & the Deluxe Cyclops, the “new & improved” 2.0 versions of the Wave 1 & 2 Infinity Editions, and the Four Horsemen’s entry into the Cosmic Creators series. 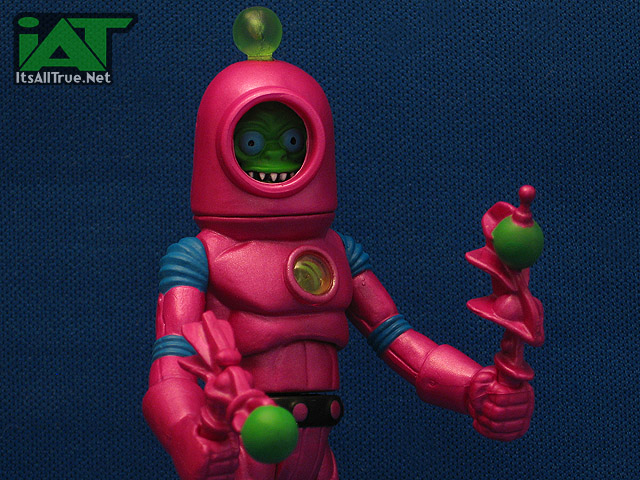 The SDCC exclusives caught my attention first. Those new sculpts are fantastic and I’m eagerly anticipating seeing them in full color, but the sleeper hit from the Summer releases is easily the Cosmic Creators Four Horsemen Editions. (Man, we’re going to have to work on some acronyms here…). 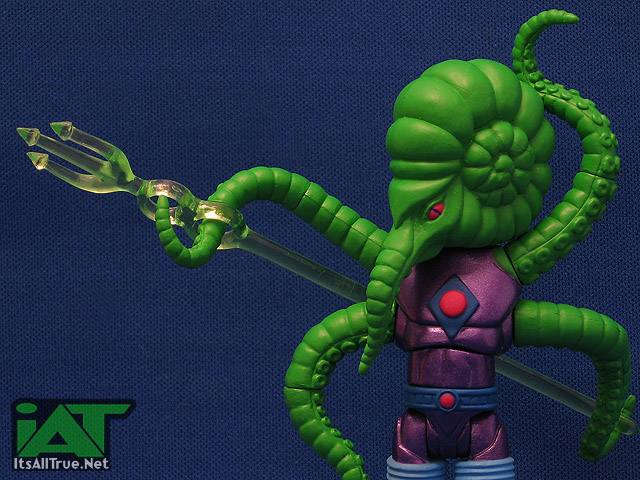 In this review, I’m taking a quick look at the two figures that comprise “Wave One”. Now technically, there isn’t a Wave 1 or 2 when it comes to the Cosmic Creators sets as they’re bundled as a group of four at StoreHorsemen.com, but it’s a little easier on me to break these guys up in two groups of two, so I’m using the “Wave 1” designation the figures have when they’re sold as Infinity Editions. 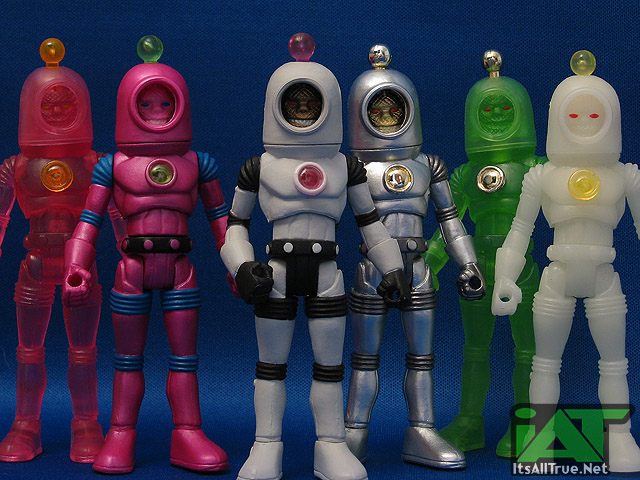 As did the Mel Birnkrant editions, these Cosmic Creators reuse the standard resealable packaging as the Infinity Editions. And, this set comes signed by each of the Four Horsemen as well as team members Shane Dittsworth, Owen “O-Dawg” Oertling, & Sherri Lyn Cook! It’s always cool to have something signed and thanks to the resealable nature of the packaging, I will be keeping this around – unlike most of the toy packaging that stands between me and my stuff. 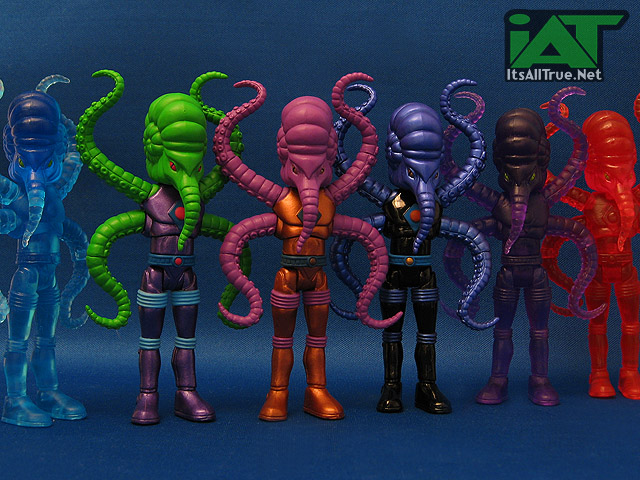 If you’re interested in my thoughts on the basic sculpts beyond the fact I think they’re top notch or any of the basics for the Wave 1 & 2 OSM, head back to early 2011 for my Infinity Edition review of these two figures. When it comes to this pair the reason to pick them up is largely for the new deco. Continue to Page 2…