Rounding out the set is an Episode V-themed Darth Vader, which is the most average figure in the set. As a small statue, he’s nothing short of wonderful. Vader’s left hand is outstretched menacingly with fingers separated in a display of pure power. The right hand is sculpted to hold a fairly traditional lightsaber, set aside from fighting so he can talk to his son about joining the family business. There’s a lot of personality in this pose, but the real issue I have with him is that he’s stuck this way. Sure, his arms and head swivel, but the legs are more or less stuck because of the lower cape around his waist. This figure simply can’t sit down, he can bend at the hips but he’ll never pilot a vehicle. 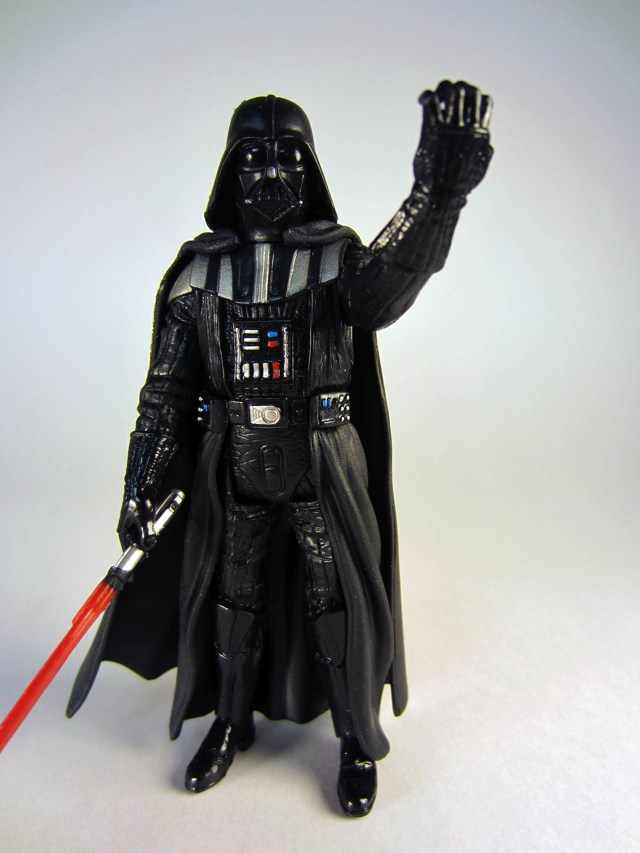 Darth Vader’s sculpt is quite good, particularly when compared to other recent releases. He doesn’t have bulky soft goods like the 2005-present releases based on the Evolutions sculpt, nor is he beefy like the admittedly cool and fun 2012 Movie Heroes release with the light-up lightsaber. The two 2012 releases look good, but the superior red plastic in his lightsaber and the excellent sculpture make for a spectacularly good display piece or desk toy. 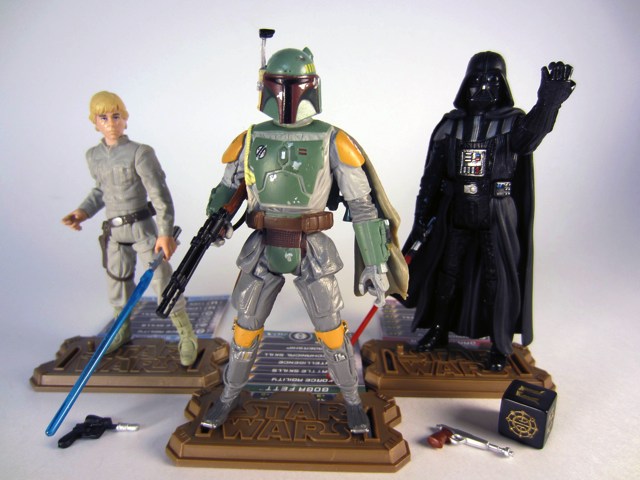 Along with the Duel on Naboo Battle Pack, these figures look better than most others in Hasbro’s current Star Wars offerings. Just like those other figures, they’re nearly impossible to find off the internet. Old-school fans should love this set, even if it has the card game elements which, frankly, you really don’t need other than the display stands. I would be giddy to see Hasbro do more sets like this from other movies, as the simplified 5-joint style seems to combine superior sculpts with superior ability to stand without assistance. They’re fun, they look good, and the price isn’t too bad. It could be better, but that’s true about everything these days! Do yourself a favor, and give this set a chance if you see it for sale. (And Hasbro, if you’re reading: why yes, I would love to see a set from Star Wars with Han Solo, Greedo, and Obi-Wan Kenobi in this format, thank you for asking.)

Check out more from Adam at 16bit.com
& Galactichunter.com!