This week, IAT will spotlight our favorite sites! Today’s reviewer has been a force in the Star Wars collecting community for decades and done work for some of the best sites out there including 16bit.com & GalacticHunter.com! A special thanks to Adam Pawlus for kicking off Guest Review Week!

Adam Pawlus: For years, Kenner and Hasbro developed and pushed Star Wars action figures into an amazing, refined collectible. 14 points of articulation became the new norm, which resulted in sky-high expectations and, with rising labor costs in China and increases in raw materials, prices shot up as well.

It’s no big surprise that eventually Hasbro would start to experiment with reducing articulation as a cost-cutting measure, like this Bespin Battle Battle Packs action figure set. Darth Vader, Boba Fett, and Luke Skywalker have been given completely new sculpts but they’re articulated like the figures from the 1970s and 1980s. Each figure has 5 joints, incredible sculpting, and perfectly appropriate accessories. As of the first week of July, they started showing up in Target stores in addition to online shops where they’ve been for a couple of months. 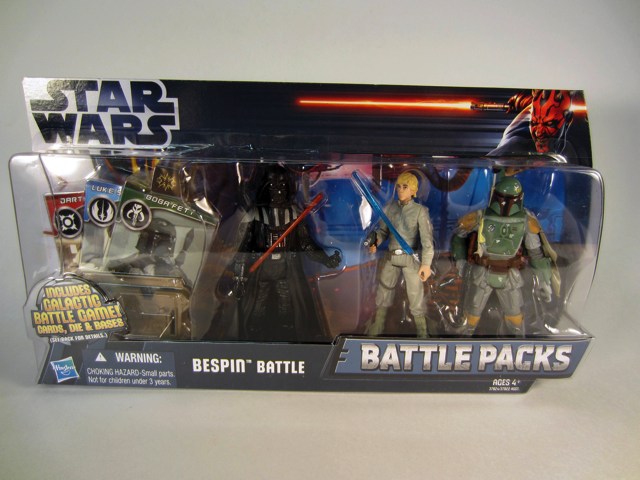 Fan outcry after seeing these figures was pretty loud and despite the lack of distribution at brick and mortar, they seem to be selling adequately online. The very notion of vintage-style figures has been on fan request lists for years, but this deviates from the “make them look like 1984” and instead incorporates the “make them play like they did in 1984.” With the exception of Boba Fett’s blaster falling out of the holster and Darth Vader’s cape preventing his being able to sit, they’re far more fun as toys than most recent figures since the early 2000s. 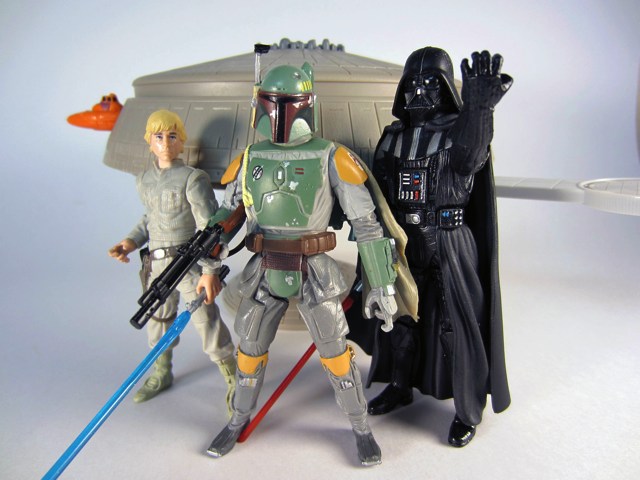 Luke Skywalker is arguably the most exciting figure in the set for older fans because he has yellow hair. Modern Hasbro and Kenner figures have mostly erred on the side of realism, but the first few 1970s and 1980s releases had a bright yellow mop on his head and because Hasbro loves us, they tried it again here. The head sculpt looks good, but since Mark Hamill’s face is tricky to render in plastic it’s not quite perfect. The skin is a little shinier than it should be, but the deco is top-notch with black, blue, and white paint on his eyes alone. It really helps bring the figure to life in ways a single black dot never could. 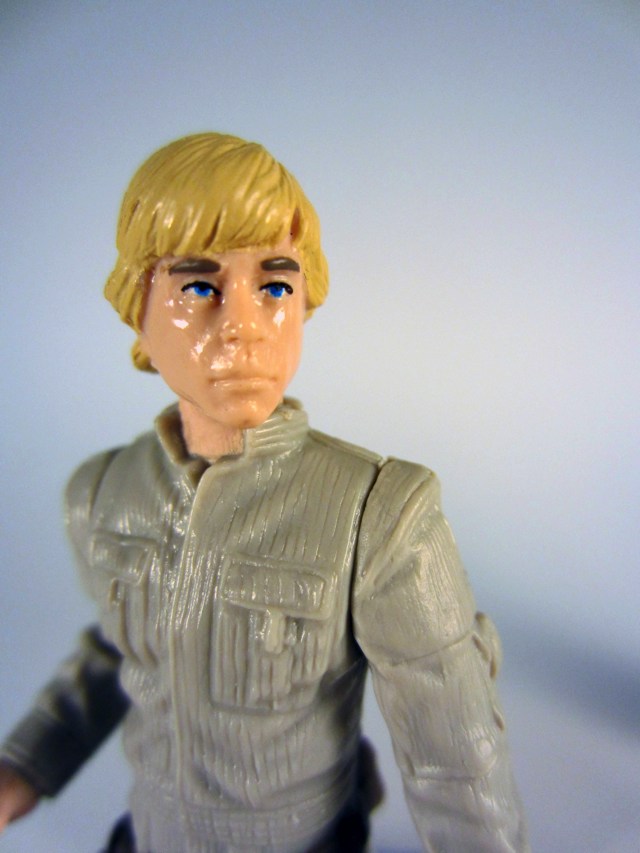 Everybody’s favorite Jedi-to-be sports a lightsaber and a blaster with a matching holster. His fatigues have subtle lines molded in them, and you can make out little tabs and pockets on his costume. His right arm is permanently bent at a right angle, and he has no problems holding a weapon in either hand.

While the deco isn’t quite perfect, Boba Fett has a gorgeous sculpt and on a purely technical level is a huge improvement. he stands well, he has two guns, and the sculpting on his armor makes for a great toy. The whole “removable helmet” nonsense has been dropped and the helmet is his head. There are sculpted damage bits on his armor, although the extensive silver scraping and damage of the previous Vintage and Evolutions figures are nowhere to be seen on this Empire Strikes Back-themed release. It hits all the major marks, though, and that’s important. 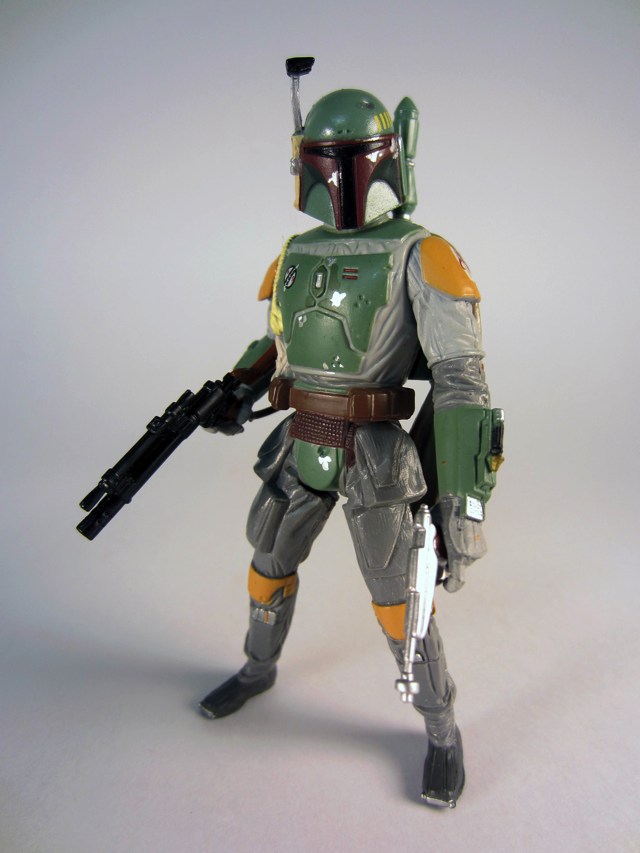 The cape stays on nicely, his rifle is superb, and his rangefinder is mercifully not articulated. The figure’s one big flaw is his blaster holster, simply because the tiny gun falls out quite easily. If you aren’t careful, you’re going to misplace it so always be sure he has it on his person when handling this figure. The guns are painted well, and look significantly better than most other releases. Also, Boba’s rocket pack plugs into his back nicely. It doesn’t fall off if you sneeze like the last few versions. Continue to Page 2…