MOTUClassics.Com: When should we be looking for the next wave of DC vs MOTU 2pks to hit retail?

For retail product, there is not an exact time line. The faster current product sells through, the faster our retailers will order new product.

DCClassics.Com: What will the MSRP for Batman Legacy figures be?

MOTUClassics.Com:Some non-Horde characters like Rattlor & Tung Lashor make appearances as members of the Horde in various media. Are there plans incorporate their Horde status into the bios or to maybe include extra Horde armbands when they’re eventually released ?

You’ll just need to keep reading the bios won’t you?!?!

Editor’s Note: I wonder if the bios will tell us if they might include armbands or not?

DCClassics.Com: How is the Legion 12pk coming along?

The target is now (we hope) final at early fall. This pack was a lot of work and kept getting bumped due to the Horsemen needing to work on other items that had set release dates (such as MOTUC figs) or retail needs (such as DCUC waves). But it is coming well before the holiday season. No later then late fall we hope!

DCClassics.Com: Why is Stel so tall? He’s clearly a normal sized character in the comics, but the figure towers over Kilowog. Is there a specific reason Mattel opted to make him larger than he appears in the comics?

He was designed to share parts with some other upcoming Collect and Connect figures and we cut the difference. 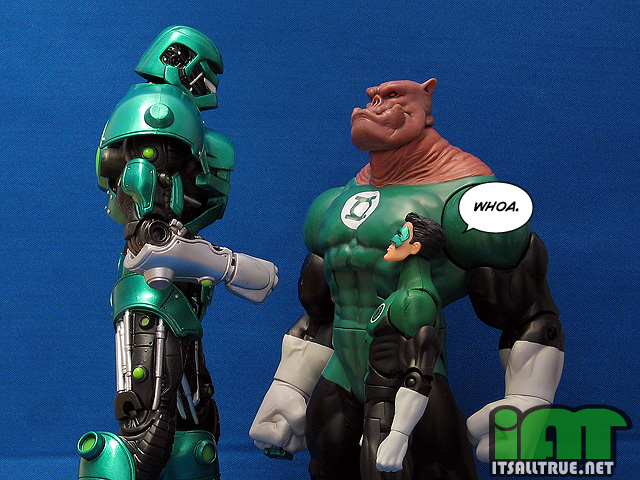