I was so excited for the upcoming Fantastic Exclusive Scarabus figure by the Four Horsemen, that I decided I couldn’t wait for the official release. So I saved up a little bit of extra money and placed an order for the Light & Dark Talisman set that debuted at the Horsemen’s Toypocalypse showing.

For those of you who don’t know, Fantastic Exclusive is project started back in 2005 by Four Horsemen Design Studios (yes, those Four Horsemen). They give the fans a choice of various characters/themes to choose from. Whichever character wins the vote becomes a toy. From there, the fans get to choose the scale, articulation, and even submit suggestions for possible variants. It’s a really great project, and the Horsemen deserve beaucoup props for sharing this process and allowing the toy buyers to actually choose what they want. 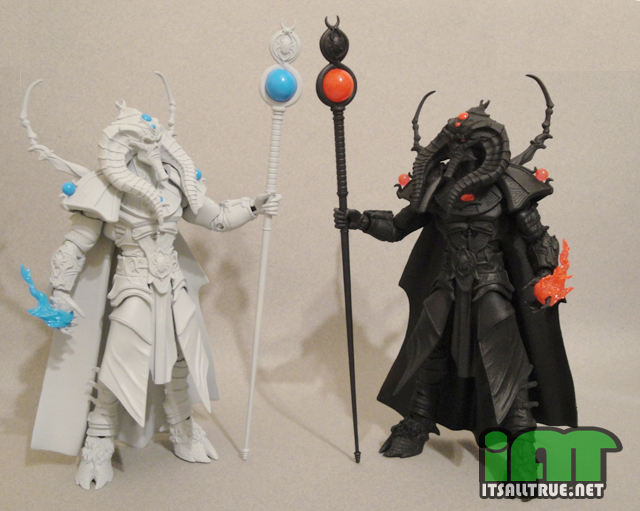 Fantastic Exclusive 3 was won by the Dark Lord of Gothitropolis, Scarabus. The packaging describes him as an ancient demon with the power to control the dead that was born into this worldly plane by way of a scarab beetle. Since centuries have passed since his initial resurrection, you get the feeling that he’s a big picture fellow that chooses to bide his time while amassing greater strengths and armies. The card back also states that he hails from the year 2332, and he’s about to make his move and establish his presence on an unsuspecting humanity. His city of the undead, Gothitropolis, will be his new capitol in a world of shambling corpses that he commands. 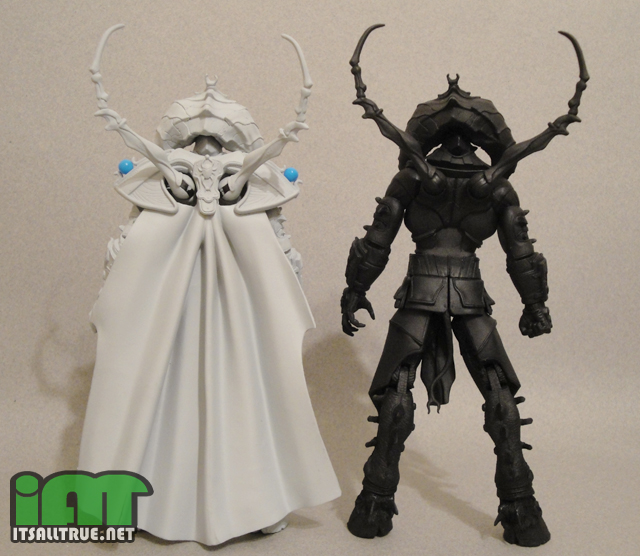 The card back states all that more eloquently, of course, and there’s more there too. I don’t want to spoil it all for ya. The cool thing here is that the first character we get from the property is the Big Bad himself. (Well, technically he’s the second. The first was Scarabus’ little demon servants, the Timekeepers.) Originally there were going to be nine variants of this figure. Two of them are Scarabus in his Demon Fire and Dormant forms. The other seven not only have different decos, but also entirely different heads, making them unique characters. But The Horsemen are sneaky, and they found a way to slip two more figures into the mix. 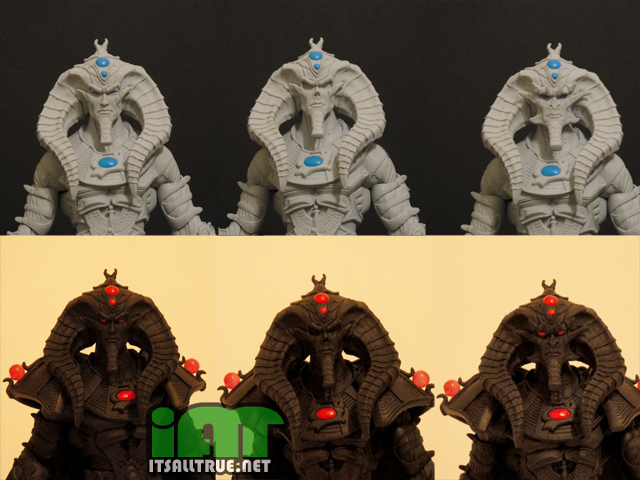 From what I understand of their back story, the Dark & Light figures are true scale totems for those of us who worship the Dark Lord. Making them into life size props is a really cool idea, but I’m not going to be worshipping them so much as putting them with other toys. So I decided to come up with my own explanation. To me the Dark one is Scarabus’ Shadow, while the Light is Scarabus’ Ghost. If the guy’s as evil as they make him sound, there should be no problem with his ghost and shadow also being badass. 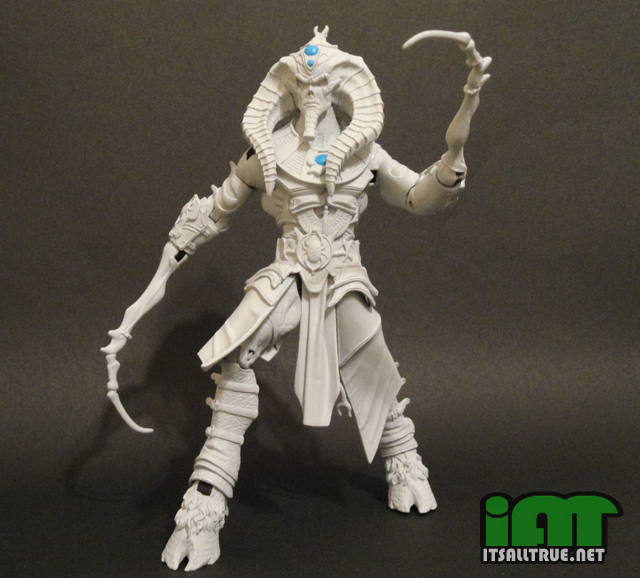 If you’re like me and just really love the hell out of a good toy, no matter what the brand or character, then you have to buy this toy. Maybe not the Dark & Light ones specifically, but you’ll need to pick up at least one of these figures. The first thing that will strike you is how much fantastic (no pun intended) sculpting has gone into this figure. This is where The Horsemen truly shine as artists. There is so much detail, Scarabus really seems to have a life of his own. His style and detail rivals that of Mandarin Spawn, which is another incredible 4H figure. 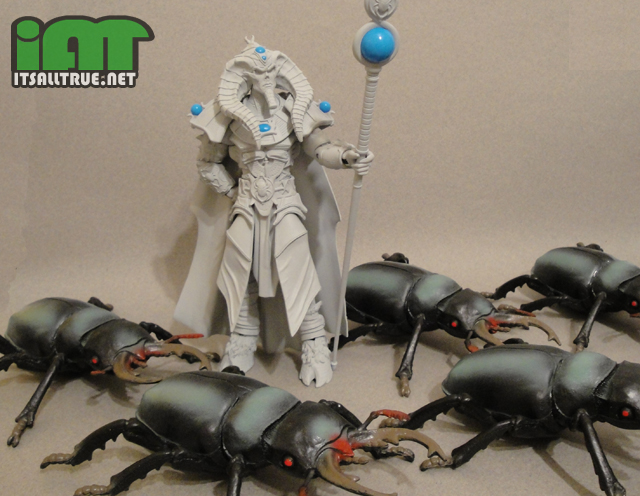 This toy has so much detail packed into it that I don’t know where to start. Sure the scales of his horns are sculpted, but there’re also small fractures and chips along the very organic looking edges of each scale’s rim. The bands of his armor are easy to see, but you have to look closer to notice the shoulder pads of his cape have an intricate labyrinthine pattern etched into them. Even his armor pieces have tiny little rivets dotted all around. Not to mention that his leggings have the cracked look of old leather and his hooves are splintered and worn, even on the bottoms. Continue to Page 2…