This week I was lucky enough to happen upon wave six of Star Wars’ Vintage Collection at my local Wal-Mart. I was tempted to pick up a Jango Fett to go with my Vintage Mace Windu, but instead I decided to pick a character that I actually cared for. So now I’m the proud owner of a General Lando Calrissian.

Sure, Mace Windu may be the badass of the Star Wars Universe, but Lando Calrissian is the official Cool Cat. First of all, he somehow gambled his way into becoming the Administrator of Cloud City. I know some people win a ton in Vegas, but I’ve never heard of anyone winning so much that they literally own the casino afterwards. Second, when he hands over Han and crew to Vader, he mentions that the Empire arrived before they did. He played it so cool that even though he sold them out, he still gave them a tour of the city and hit on Leia. Third: capes. How many office administrators/generals do you know that wear capes? 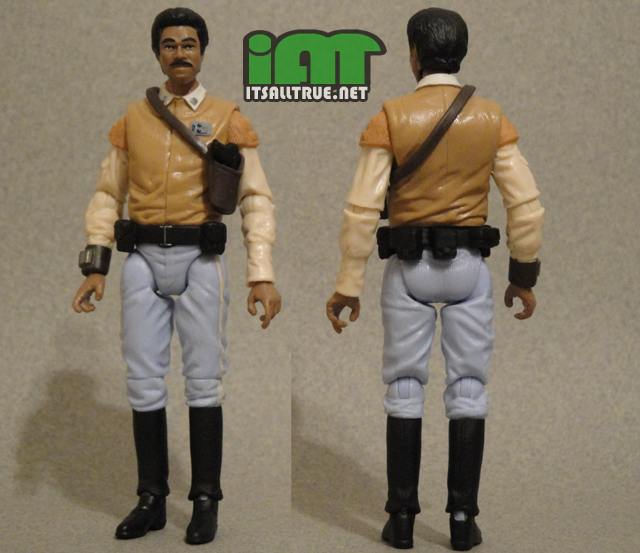 One thing bothered me though. I was always confused as to why the Rebellion allowed a man with basically no military experience to become a General. Not to mention the fact that he sold out his best friend to the Empire for what is basically more lenient tax regulations. I guess the Rebellion really will take anyone with a ship. 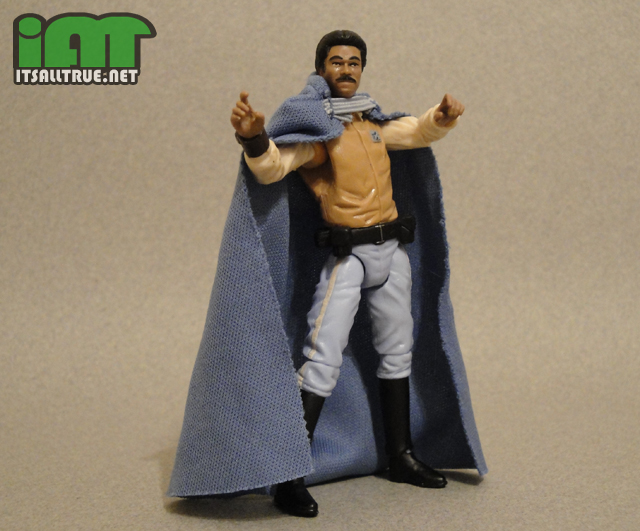 The first Vintage Collection figure we get of Lando is him in his General’s uniform, which is a pretty good choice in my opinion. Especially considering the most likely alternative is an all blue Office Administrator suit, which isn’t quite as flattering. I’d rather take the stylin General duds anyday. 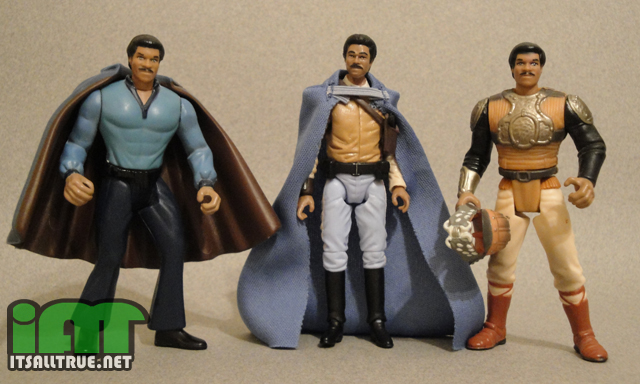 The sculpting on the figure itself has a ton of tiny details. There are the obvious ones like his rank insignias, pouches, and wrist band. But there are also incredibly small details that I didn’t notice until I got him out of package. They actually sculpted the vertical lines that make up the fabric pattern of his pants and shirt. That’s a level of detail you just don’t expect to see on a three inch figure, but it’s definitely appreciated. 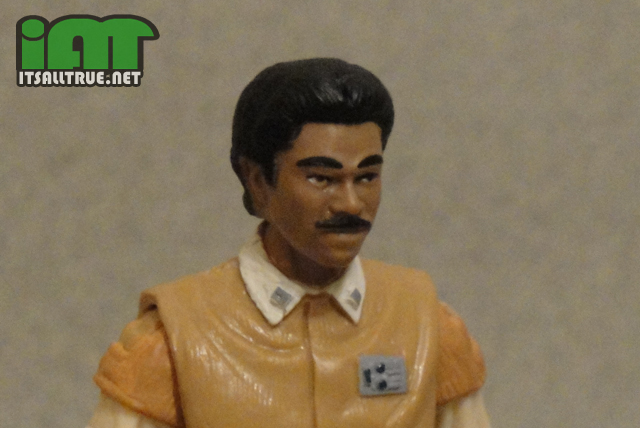 Lando’s face sculpt is also pretty good, but I’m not entirely happy with it. It definitely looks like Billy Dee Williams in general, but not exactly from every angle. I’m fine with that. But I think the real problem is the figure’s half-hearted smile. Billy Dee has a very large and flashy smile that they didn’t translate over into plastic. Which is a real shame because I’d rather have him posed on my shelf, looking back at me, with that million dollar smile. Continue to Page 2…