They finally got me. For nearly two years, I looked the other way when I saw the Batman: Brave and the Bold Action League figures. I paid no mind to their character choices. I brushed off their cuteness. Then, they went and replaced that line with DC Universe Action League. I couldn’t ignore them anymore.

I can tell you right now, Action League figures are far more appealing in person than in pictures. When I first saw wave one and two at SDCC I thought they looked cute, but didn’t feel the need to buy any. My attitude changed when I ran across them at Wal-Mart though. In person, these little guys have much more personality and appeal than the pics from San Diego could convey. 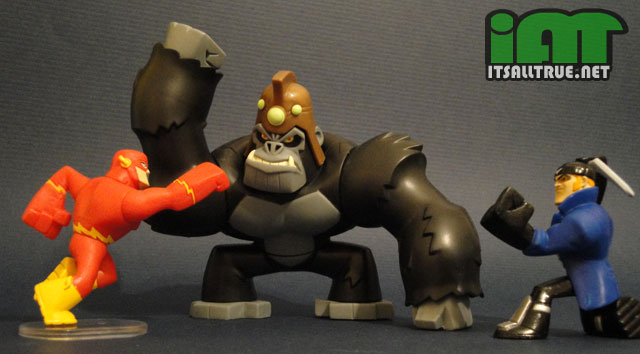 If you’ve been buying Brave and the Bold Action League, then you know what to expect. The head, shoulders, and waist are swivel joints and the only articulation the basic figures receive. This isn’t as limiting to the poseability as I thought it would be, and you can usually get a couple good poses from each figure. 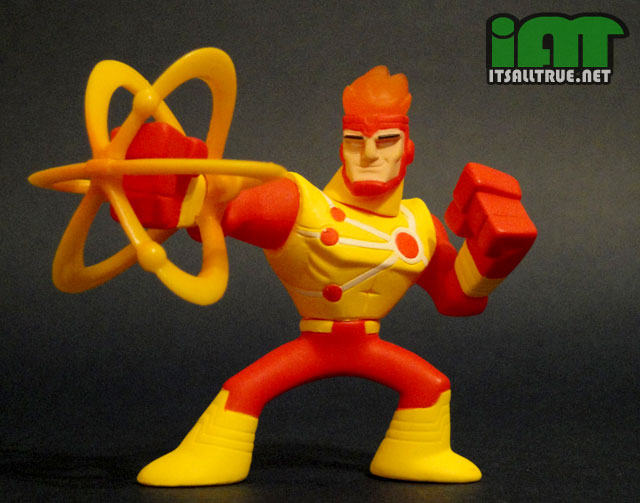 The paint jobs are pretty decent. My Bizarro does have a couple of specks of purple on his neck, but other than that they turned out pretty well. The biggest problem I noticed was the presence of dark specks of grime on some of the figures. It was easy enough to clean off, but in the store these black marks could be mistaken as paint issues. 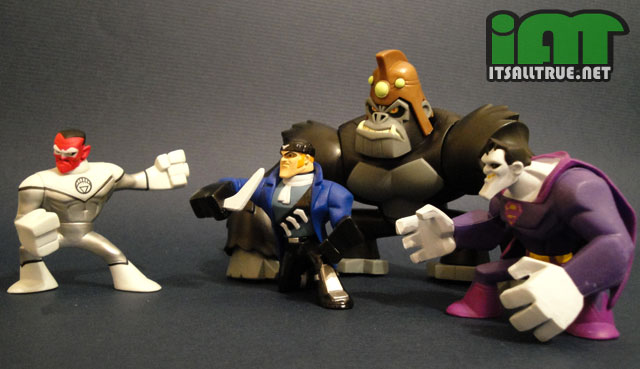 Something interesting to note is that the DC Action League is in a slightly different style than that of the Brave and the Bold Action League. The DCU figures are based on the comics and have much more defined muscle tone and detail to their costumes than the slightly sleeker animated style of Brave and the Bold. Luckily these differences are only very minimal, allowing both lines to mix almost seamlessly.

Another difference from the BatB figures is that all the DCU’s have peg holes in the bottom of their feet. I’m hoping this means playsets are in the future of this line. 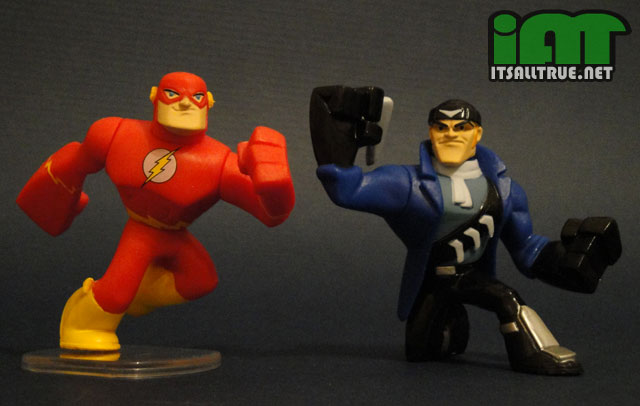 I’m still getting used to this look on Boomerang. It works well, but I can’t help thinking the classic silver age look would lend itself better to this mini-style. Barry Allen looks great here though. He comes with a stand so you can pose him running or running/punching. I can’t wait to get the rest of the speedsters. They’ll look great all posed together. Continue to Page 2…