In 1954, audiences were introduced to one of the most memorable monsters of all time, the Creature from the Black Lagoon. The Universal Monsters are all popular properties, but that hasn’t translated into action figure success despite several attempts. Diamond Select Toys is the latest company to take a stab at it.

The Creature is notable among the monsters for a couple reasons. He wasn’t based on previous literary works and his original movie was one of the first 3D movies that Universal Pictures filmed. Audiences marveled at the state of the art makeup and design of the monster’s appearance as they watched the doomed expedition to the Amazon struggle with the Creature, losing one crew member after another. A new horror star had been born. 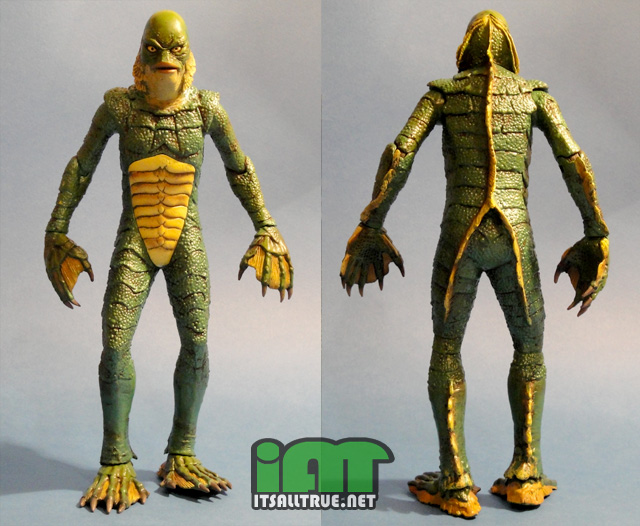 The first thing that jumps out at you when you see this figure in person is how big he is. When I ordered him I didn’t realize he was going to be almost eight inches tall. I don’t mind his size too much, but I was a little disappointed he wouldn’t be hanging out with Batman anytime soon. These Universal Monsters are their own scale, with some like the Wolf Man being a bit smaller than the rest. I can’t imagine how tall Frankenstein is going to be when he’s released. 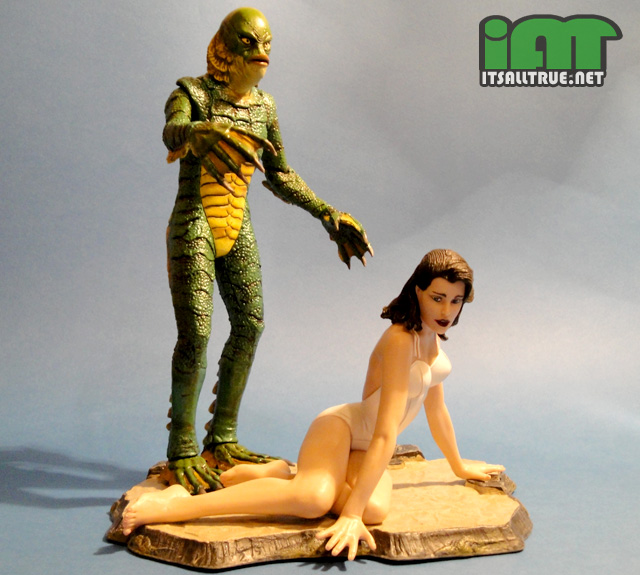 The sculpt on the Creature is amazing. His body is covered in segmented scales with raised bumps texturing the entirety of his torso, arms, and legs. His abdomen is a separate armored looking piece that’s been glued onto the main body. While on his back, the trail of fins run down his spine to the back of his legs. These fins sculpted uneven and are etched with lines, making it look very organic and like he just emerged from the water. His feet and hands are made up of long bony toes and fingers with sculpted webbing stretching between them and topped off by very large claws on both. 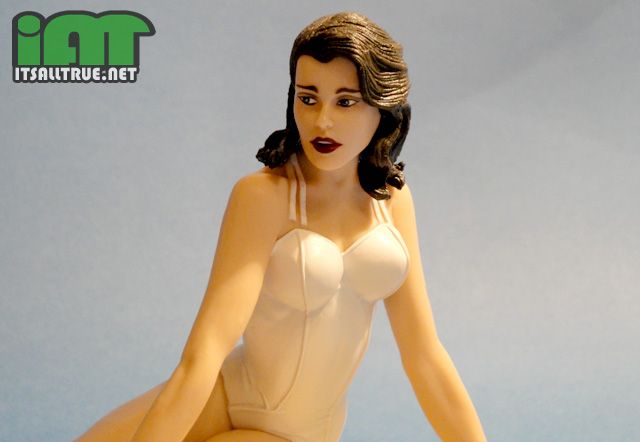 My favorite part of the sculpt is the Creature’s hands. The tops are smooth and boney while the palms are pocked with little holes. While my least favorite part is the head sculpt. There’s something about it that isn’t quite right. When I compared him to pictures of the movie costume I noticed the eyes of the toy are less menacing while the neck and forehead are too pronounced. These slight exaggerations have sadly turned this missing from monstrous too old-manish. It’s really a shame, because the sculpt is nearly perfect otherwise. 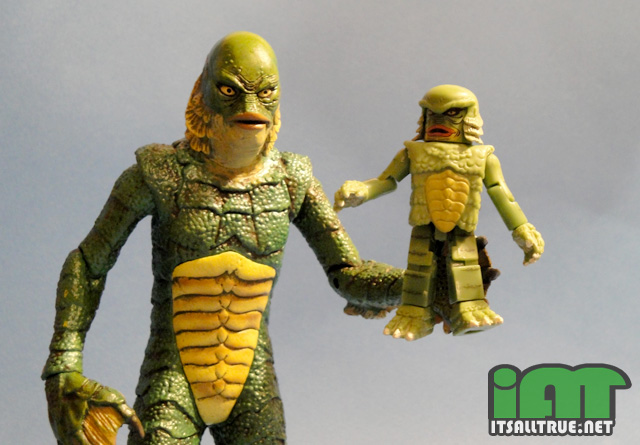 The paint job on the Creature wonderful, and does a great job highlighting those tiny sculpted details. Not only does he have a nice metallic sheen to the green of his body, but the scales are highlighted in a black wash. Similarly, the fins and webbing are painted in a light yellowish brown while a darker brown highlights the textured lines. All of this is set off by the striking yellow of his abdominal plate and eyes. Continue to Page 2…