Since I’m running things in Noisy’s absence, I’m taking it upon myself to pick another obscure pick for this week’s Most Requested article. This suggestion, courtesy of reader dwaltrip, may not be the most remembered classic TV show, but the The Prisoner is not to be forgotten.

I don’t blame you if you don’t know what The Prisoner is, or if the first thing that popped into your head is the AMC miniseries remake with Jim Caviezel and Ian McKellen. I didn’t know what it was for the majority of my life either, but that was a mistake I’m glad has been rectified. The Prisoner is a 1967 British television series starring Patrick McGoohan. McGoohan plays a secret agent who quits the service for unknown reasons, only to find himself drugged and held captive in the ultimate planned community – The Village. None of the inhabitants of The Village have names, instead they go by numbers. McGoohan’s character becomes known as Number Six. The Village is run by various people who are replaced throughout the show with the title of Number Two. The goal of these various Number Twos is to discover the information that Six knows. They use various means of torture, mostly psychological but sometimes physical, to try and break Six’s willpower and individuality. 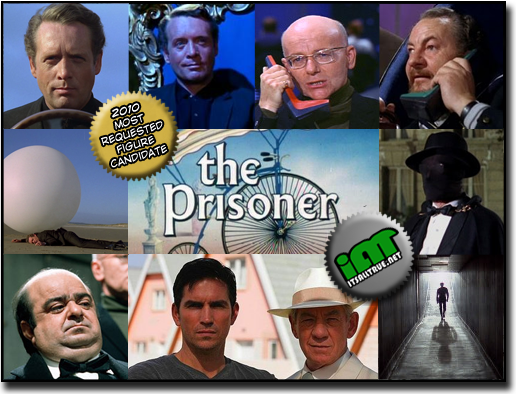 What makes this series unique among TV shows in general is its sense of meta-fiction outlined by plots concerning social themes. Storylines involving mind control, identity theft, dream manipulation, and hallucinogens were used to expand upon the ideas of individualism versus collectivism. Is the self more important than the group? Another main meta-theme running throughout the show is the idea that even if Number Six did escape from the Village, he would always be a prisoner of his own circumstances, choices, and knowledge. The same can be said for everyone. Ultimately, we are trapped in the conclusions of our actions. Lastly, another main theme of the series was Number Six’s discovery of who was Number One? Who was calling the shots? Who is in control? This again is reflective of reality. Am I in control of my own life or am I just reacting to the control others have over me? Do I make my own decisions, or are my thoughts dictated by circumstance?

With its surreal storylines and thick layers of meta-fiction, it’s no wonder The Prisoner has had such an impact on other forms of entertainment and creators? Prisoner references can be seen in Jack Kirby’s Fantastic Four, Grant Morrison’s Invisibles, and Alan Moore’s League of Extraordinary Gentlemen. The writers of The Simpsons have featured allusions to the famous British show more than a few times. Stephen King, Doctor Who, Shrek, Lost, and even SpongeBob SquarePants have jumped onto the bandwagon with their own Prisoner callbacks. And this is just a small example of the many references to this much revered show.

So, I think it’s about time for Number Six to break into the action figure arena. Patrick McGoohan in his classic dark brown jacket with off-white piping, blue sweater, and tan slacks. And don’t forget his removable number 6 identification badge. Sure, it’s not much, but he can keep his collected cool while giving the steely-eyed silent treatment to whichever other figure I pick to be Number Two that day. Also, he should come with an accessory: Rover, a little white balloon that inflates to about six inches. That way I’ll know he won’t ever make it too far from his place on my shelf. MWHAHAHAHAHAHA!

19 thoughts on “Most Requested Figures:
The Prisoner”