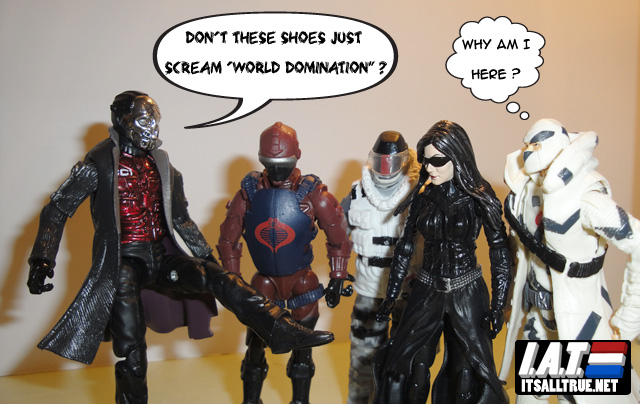 Aside from the armor, CoCo’s wearing some pretty nice clothes. He’s got this really neat coat that looks like it was a costume from Doctor Who. There’s a Cobra symbol on the back, which is placed a little low for my tastes, but it’s still good. He’s got a normal looking pair of slacks on that don’t seem to have any pockets. Last, but not least, are his designer shoes. All together, I guess you could call his outfit Casual Urban Warfare. 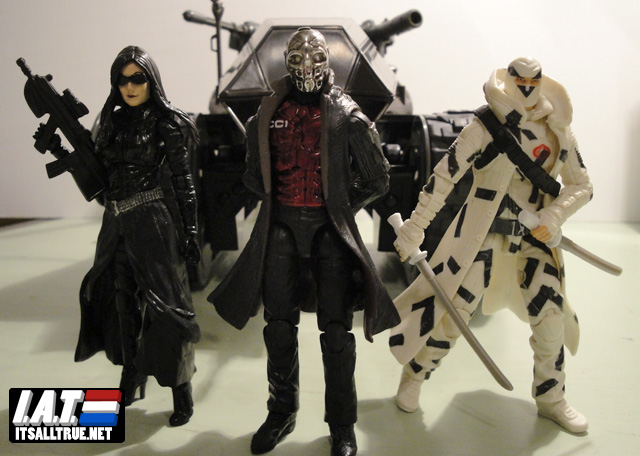 The Commander’s articulation is pretty basic for a Joe. He’s got a ball jointed head, abs, and hips. His shoulders, elbows and ankles are swivel/hinges. His wrists are swivels, and his knees are double jointed hinges. There’s not much you can’t do with articulation this good. The movement of his head in particular seems a little wider than normal and allows for some very expressive looks. 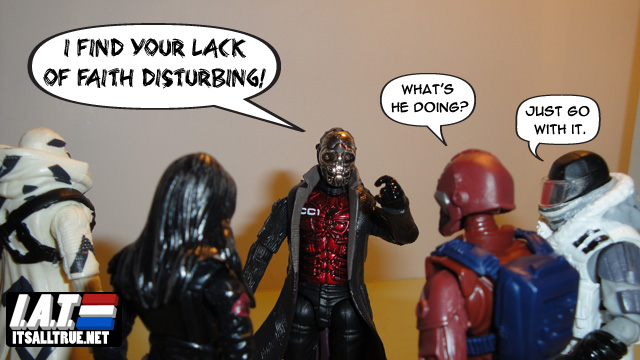 One thing I was tempted with was to keep him in his box. I’m not a Mint In Box guy, but CoCo here comes with a unique card. Instead of the blue that decorates these new waves of Joe figures, the Commander’s box is colored red. With his picture on the side, and the Cobra logo in place of the Joe one, his box is very eye catching. There’s also the benefit of the reverse side having a letter written to the troops printed on it, along with his file card. Ultimately I opened mine, but I bet there are going to be a lot of fans who decide not to. 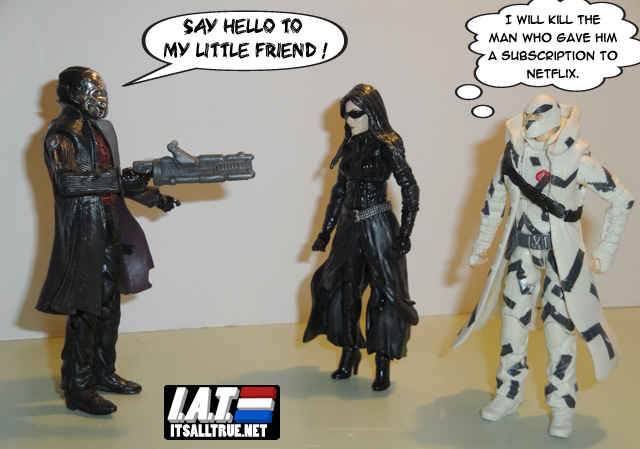 All around, I’m pretty happy with this guy. He’s got a much more intimidating look with the new mask, and even though he’s a chase figure, it doesn’t seem like he’s going to be too difficult to find. Like all the other Joe’s, he costs about $8 and is definitely worth it.