Mattel has given the release dates for He-Man and Skeletor reissues. 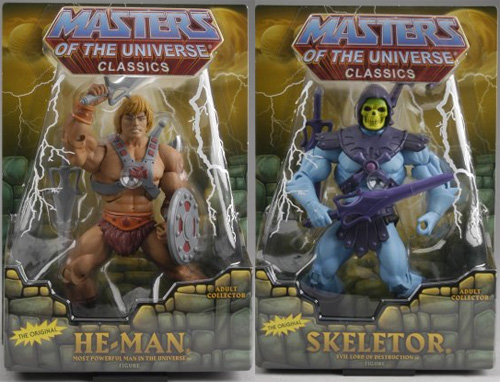 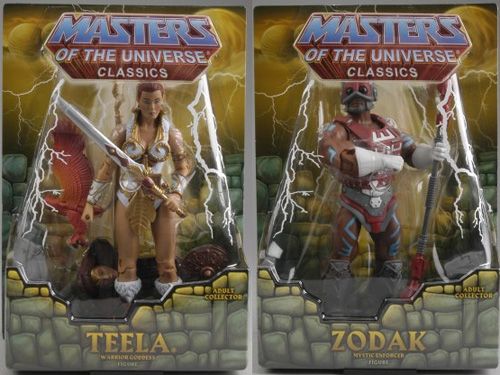 Mattel posted the back of the boxes on Facebook as well. The back of Zodak’s box shows the Green Goddess with the title “Trainer of He-Man”. I’m not sure how that will play out, but here’s the Teela and Zodak bios from what I can read:

An ancient and powerful enforcer for the Council of Elders, Kar-Tor studied the teachings and mystic fighting techniques of the Cosmic Enforcers and knows how to instantly identify an opponent’s weakness. After his mentor, the original Zodac, left Eternia to fulfill the Eldor’s bargain with Tolla*. Kar-Tor took his place on the Council and helped lead them in battle against the Snake Men, eventually trapping King Hssss in the void with the power of his staff. Although he prefers a solitary life of meditation in the Mystic Mountains, when he is called to battle, Zodak attacks his enemies using all the power at his command.
*-Mattel mentions a typo on the bio, I’m guessing this should be Trolla.

The adoptive daughter of Duncan, the current Man-At-Arms, Teela grew up in the palace of King Randor. Trained from an early age in the ways of battle, at 18 she became Captain of the Guard, leading Randor’s troops and acting as a defecto member of the Masters of the Universe. She has yet to become aware of her true heritage as the magically cloned daughter, and heir to, the Sorceress of Castle Grayskull. She carries the staff of Ka which was once used by the Snake Men in their epic battles against the Horde and King Grayskull during the Great Wars. Teela uses her magical staff to track her foes every move.

25 thoughts on “Matty on Facebook: Packaging
& Bios for Zodak & Teela”