I buy Transformers on a case-by-case basis. There are plenty that would fit nicely in my collection, but I don’t always pull the trigger on them. Sometimes upcoming figures can make me look at current offerings differently. That’s the case here, because the product shown at Botcon motivated me to pick up Lockdown. 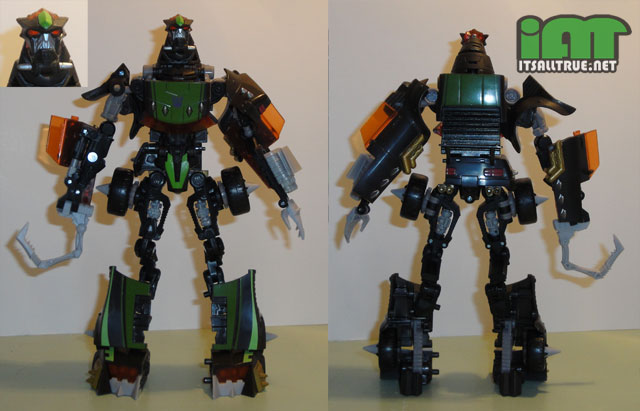 I’m not the biggest Transformers fan. I watched the cartoon when I was a kid. I watched the Animated series a couple years ago. I’ve collected a couple of figures throughout the years. But I’m definitely not a completist, and my knowledge of all things Cybertron is limited. I guess you could call me a passing fan. Transformers seem to be drawing me in more and more though. With the release of War for Cybertron, and some of the upcoming NEST figures later this year, I decided to pick up Lockdown. 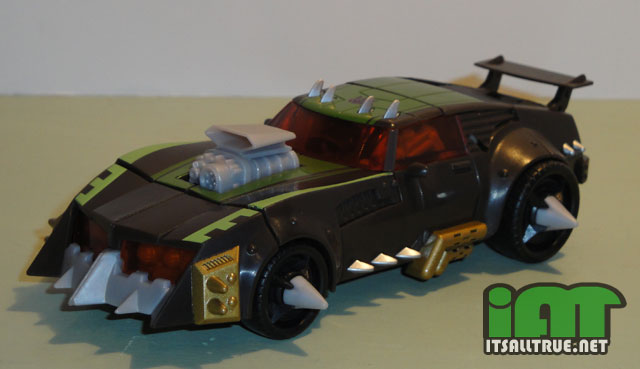 I’ve had my eye on this figure for a while now. I always liked the design and color scheme in car mode. How can you go wrong with green and black accented with spikes? But I finally took the plunge and purchased him because of something I saw at BotCon. Lockdown here is getting repainted into another character named Axor. After seeing that, it was easy to talk myself into getting both. They can pal around on my shelf together with Bludgeon and Banzai Tron. 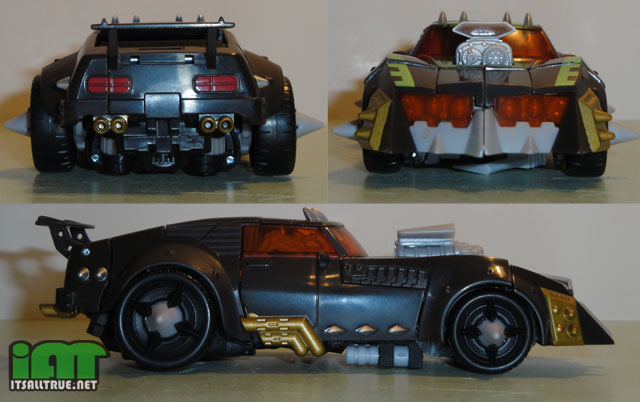 I’m usually more of a robot-mode fan than vehicle-mode, but Lockdown has a unique appeal. His car mode screams dangerous and loud. I almost expect to see Jason Statham driving something like this in a heavy on the action post apocalyptic zombie racecar movie. I’m surprised there isn’t a machine gun mounted on each front fender. 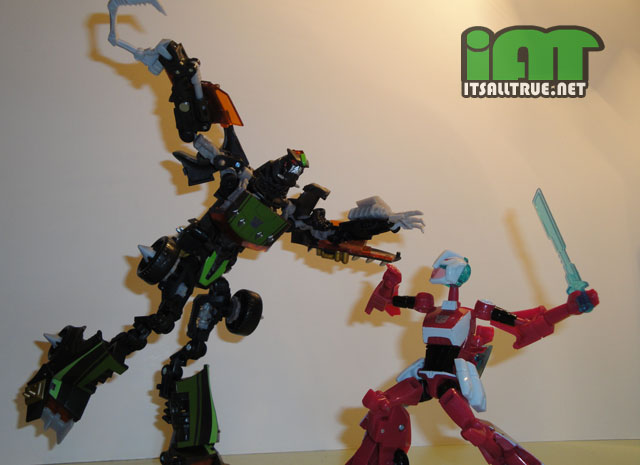 His bot mode is equally aggressive looking. With glowing red eyes, grizzled features, and piercing like bolt going through his chin, you get the feeling Lockdown’s been round the block and maybe even blown it up a few times. His body armor is interesting in that it’s not symmetrical like you see in most Transformers. I really like that. It not only gives his body an interesting, almost organic feel, but adds to the battle hardened feel. Speaking of battle hardened, this version of Lockdown doesn’t have a right hand at all. Instead, he has this grizzly looking hook which could easily get him cast in the Cybertronian version of I Know What You Did Last Summer. On his other arm sits the EMP generator that every version of Lockdown seems to steal from that universe’s Ratchet. It’s removable though, so I’m guessing Ratchet gets the chance to steal it back some day. To round out the look, Lockdown’s legs bend backwards, like a chicken. Adding to the uniqueness of the look, the armor around his legs gives the impression of hooves more than feet. 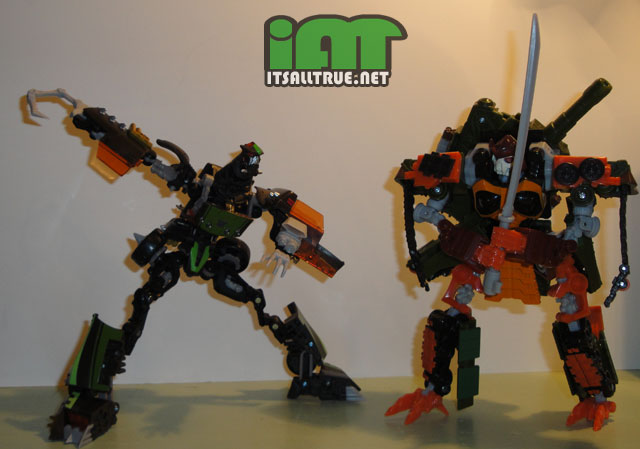 I’ve had some Transformers that hardly move, and I’ve had some that have a great range. Lockdown goes beyond anything I’ve ever had on a Transformer before. His head and neck comprise of three ball joints sitting on top of a swivel joint. There’s nothing you can’t do with that kind of range. His shoulders are also ball joints sitting on swivels. His elbows also have ball joints, while his thighs and knees are swivel/hinges. Everything else: waist, wrists, lower legs, and ankles are hinges. This huge range of movement allows for some really nicely dynamic and balanced posing possibilities. It’s fun just to play with him and see what poses he can do. 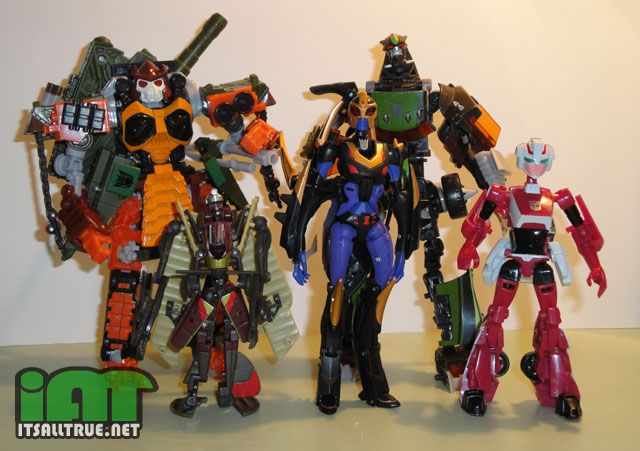 Overall, I love this figure and I know I’ll be picking up his repainted version of Axor later this year. The only thing I was slightly annoyed with is how easily his arms fall off at the ball jointed shoulders if you move them around too much. It’s no big deal since you can just pop them back on. But it can get annoying, especially when you’re trying to pose him for pictures. Other than that this figure is perfect. 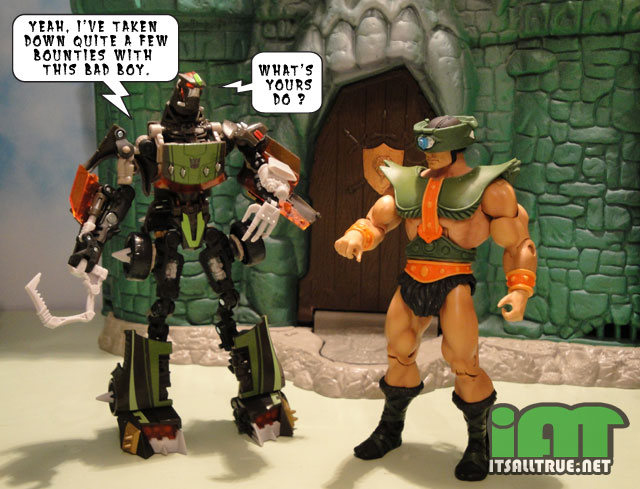